How Pharma and Academia are Tackling the Opioid Epidemic 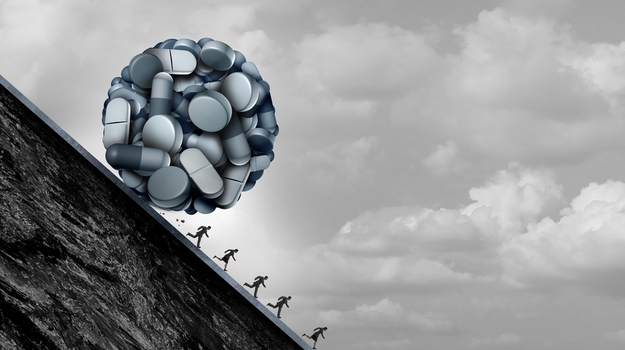 Deaths from drug overdoses have been on an upward trajectory for years, but have experienced a notable increase since the early days of the COVID-19 pandemic. In November, data from the Centers for Disease Control and Prevention showed overdose deaths peaking at more than 100,000 during the 12-month period ending in April 2021. That’s an increase of 28.5% from the previous year. Nearly 73% of those deaths involved opioids, if 2019 data is still accurate.

The problem is a combination of the opioids themselves, prescribing patterns and patients’ susceptibility to addiction. “It’s like the perfect storm,” Tony Mack, CEO of Virpax Pharmaceuticals, told BioSpace.

“We’ve see-sawed on how to manage patients who are using opioids since the American Civil War (1861-65). Today, there’s nothing new,” Mack said. “If you mismanage opioids, patients may become addicted.” Mismanagement, he said, includes both under- and over-prescription as well as allowing patients to have unrealistic expectations. “For chronic pain or weekend-warrior injuries, you can treat the pain, but patients still have to be managed by a clinician, and some patients will require rehabilitation.”

Virpax is among the biopharma companies tackling the issue by developing non-addictive pain management solutions. “They aren’t a panacea,” Mack said of the category, “but during our pre-clinical drug development we demonstrated comparable pain control to morphine in terms of effectiveness without the opioid-related side-effects.”

The company has several products in development. One of its lead products is Envelta™, an enkephalin intranasal powder formulation. “These endogenous peptides are already in our bodies,” Mack said. “The challenge is getting sufficient enkephalin to bypass the blood-brain barrier and reach the targeted delta receptors to control pain before they biodegrade.”

Nanomerics developed molecular envelope technology (MET) to prevent the enkephalin from biodegrading. Virpax uses that technology, loading enkephalin-filled nanoparticles into one chamber of a cartridge and, in another chamber, compressed inert gas. The gas propels the nanoparticles through the olfactory region and across the blood-brain barrier. Pain relief, in rodent studies, was comparable to morphine but without the respiratory depression and other side effects. Notably, the rats did not seek out additional doses, thus suggesting the pain reduction was adequate and non-addictive.

“The MET technology is also being studied without any active ingredient to prevent the spread of severe acute respiratory syndrome (SARS) and influenza,” Mack added. That program is called AnQlar™.

As Mack explained, “AnQlar is a positively charged molecule that binds electrostatically to negatively charged viruses like SARS and influenzas. Three preclinical studies have shown its viricidal property and the ability to prevent viral entry into cells via the ACE-2 receptor. AnQlar’s mucoadhesive property surrounds the spike protein, preventing the virus from replicating and killing the virus.” Virpax anticipates completing its pre-IND studies for the FDA’s non-prescription drug division during 2Q 2022.

The MET technology also appears to have applications in epilepsy for refractory patients and for certain rare pediatric diseases. One program, VRP324, uses intranasal delivery of cannabidiol nanoparticles via the olfactory route. The MET delivery system enables it to cross the blood-brain barrier.

“The benefit is the active components go directly to the brain without first being metabolized by the liver, therefore limiting concerns for drug-to-drug interactions,” he said. Also, by targeting the brain, VRP324 may be able to achieve the same therapeutic effects as the FDA-approved formulation while using significantly less active compound.

Epoladerm™, Virpax’s second product, uses a spray film technology to deliver diclofenac to manage pain associated with osteoarthritis of the knee. “It behaves like a cream or gel without the messy handling,” Mack said,  Epoladerm is being formulated to maximize drug delivery at the application site – the knee – and minimize absorption into the blood plasma compared to diclofenac gels and creams that are approved for this indication. As a result, more of the medication is delivered to the target for better pain control. Virpax in-licensed this technology from MedPharm.

For postoperative pain, Virpax is developing Probudur™. Its liposomal bupivacaine hydrogel formulation is injected directly into the wound site post-surgery to control pain. During preclinical head-to-head studies against the comparator, Probudur demonstrated 96 hours of pain control at the wound site – at least a day longer than the leading liposomal bupivacaine for post-operative pain.

As the pharmaceutical industry continues to search for solutions to the pain management crisis, targeted delivery will be a strong focus, Mack predicted. “If you can avoid having drugs metabolized in the liver, there will be fewer side effects.”

Other approaches also are being explored, of course, to reduce the opioid crisis. For example, researchers at the University of Florida are developing an artificial intelligence tool to identify patients with a greater than normal risk of opioid abuse.

This new project uses machine learning to comb through medical records to identify patients most at risk while excluding most patients who were prescribed opioids. It also will include a clinical decision-support tool for physicians, to provide early warnings of potential opioid use disorder or overdose risk as well as risk mitigation strategies.

In other research, scientists at the University of California – San Diego have linked opioid abuse to certain genetic markers. After a genome-wide association study of 132,113 individuals of European ancestry who are customers of 23andMe, they identified two genome-side significant loci – “rs3791033, an intronic variant of KDM4A; (and) rs640561, an intergenic variant near LRRIQ3,” – that are linked to opioid use disorder, they reported in Nature.

They pointed out that the single nucleotide polymorphism (SNP) rs3791033 also is linked to smoking, psychiatric conditions and educational outcomes. Likewise, rs640561 is linked to neurological, metabolic and psychiatric traits, such as ADHD. However, even after adjusting for known risk factors, the signal remained specific to an enhanced risk of opioid abuse. “These findings suggest a potential avenue for identifying new therapeutic targets for problematic opioid use,” the researchers wrote.

Meanwhile, opioid lawsuits are still underway against 16 pharmaceutical companies, pharmacies and distributors.  They claim pharmaceutical developers overstated benefits, minimized communication of opioid risks, and aggressively marketed their drugs, and that distributors ignored suspicious orders for prescription opioids. While some verdicts have been overturned, other cases are ongoing, and the pharmaceutical industry’s reputation remains tarnished.