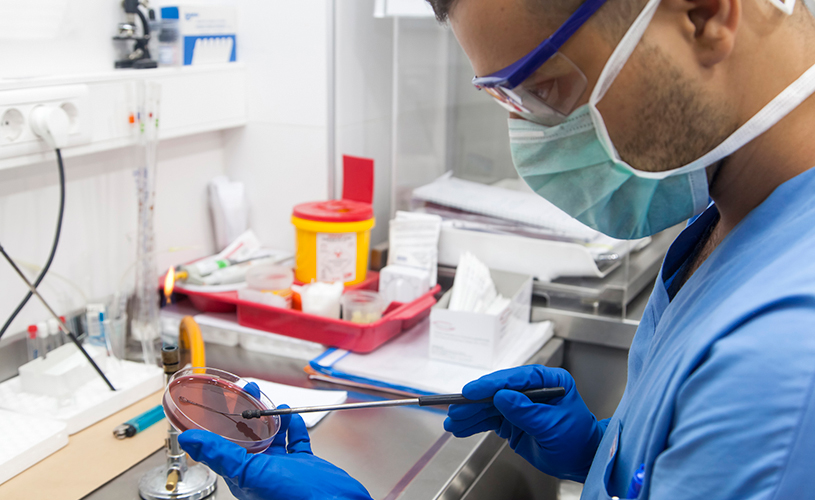 HOLLISTER, Calif. – Teknova, a Bay Area company that specializes in ready-to-use plates and broths for the growth of bacterial, yeast and microbiological applications, is in the middle of explosive growth thanks to the genome revolution.

In an interview with Benito Link, Ted Davis, the founder and chief executive officer of Teknova, said the genome revolution is driving the healthcare industry, which in turn is driving Teknova to grow by about 40 percent.

“The whole genome revolution has been driving the healthcare industry and people are moving very quickly to take advantage of the information that is pouring out of all the genome sequencing,” Davis told Benito Link.

That kind of growth Teknova has experienced over the past year has meant the number of employees has nearly doubled to about 100 people. Teknova, which was founded in 1996, operates in about 32,000 square feet of lab, warehouse and office space. However, the company is looking to expand by adding up to approximately 100,000 square feet of work space. That expansion though likely won’t take place for another year due to local regulations. The new facility will allow the company to “go deeper into the drug stream manufacturing, so quality stringency gets kicked up a few notches,” Davis told Benito Link.

That kind of expansion means new hires though. Currently there is an eclectic mix of employees at Teknova, with about 20 percent of employees coming in as unskilled labor that is trained onsite, 20 percent who are recent college graduates, 20 percent who have advanced degrees in science-based studies and the remainder with business skills such as sales or bookkeeping. With the planned expansion, Davis said the company will have to focus on hiring people with medical degrees or doctorates in scientific disciplines in order to “interface with the pharmaceutical industry.”

Davis said the key to Teknova’s business is mass customization, meaning they develop small batch sizes customized to the specifications of his customers. Davis said that customization makes up about 70 percent of Teknova’s business. The company develops about 50 batches per day for customers, which means that quality control is paramount due to the precision of customer needs.

Teknova’s products are useful in multiple applications, including cloning, subcloning, gene expression, DNA purification, mutagenesis and DNA sequencing, according to the company’s website. Products go all over the world, to about 28,000 customers in total, Davis said. The bulk of the company’s products remain in North America. Teknova counts Big Pharma among its customers, including Pfizer , Johnson & Johnson , Bristol-Myers Squibb , Genentech and more.