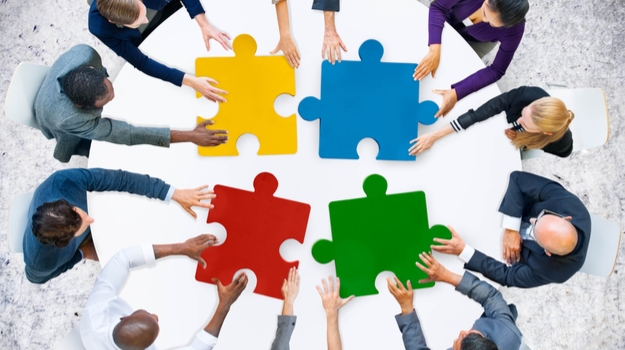 France-based Enterome and Memorial Sloan Kettering Cancer Center have teamed up to evaluate the potential of gut microbiome-derived antigens for development as potential cancer immunotherapies.

This morning, Enterome announced the research collaboration with the venerable cancer center to harness the concept of molecular mimicry as a means of treating cancer tumors. Molecular mimicry, an approach pioneered by Enterome, is when microbiome-derived bacterial antigens that show molecular similarity with Tumor-associated Antigens (TAAs) and Tumor-specific Neoantigens (TSNAs) are used to trigger tumor-specific cytotoxic T cell immune responses, according to the company. At Enterome, these bacterial antigens are known as “onco-mimics.”

Enterome’s onco-mimic discovery platform has identified its first clinical candidate, E02401, which comprises several microbiome-derived antigens that mimic those that are selectively over-expressed by a number of solid tumors. Enterome said it will develop EO2401 as a potential new immunotherapy for several indications, with an initial focus on recurrent glioblastoma multiforme, a devastating cancer for which no curative treatments exist. The first clinical trial with this onco-mimic will begin by the end of the year, the company said.

Christophe Bonny, Enterome’s chief scientific officer, said the partnership with Memorial Sloan Kettering, as well as the company’s collaboration with Dana-Farber Cancer Center entered into earlier this year, means the company is now working with cancer leaders to “further the understanding of our immunotherapy approach and validate our unique onco-mimics discovery platform.”

“We believe that this cutting-edge research will provide a solid scientific foundation that will enable us to further develop our pipeline of new immunotherapy candidates for multiple cancer indications,” Bonny said in a statement.

Under terms of its collaboration with Memorial Sloan Kettering, Enterome and the cancer center aim to generate further evidence to support Enterome’s Onco-Mimics immunotherapy platform and will look at validating its application in several tumor types including melanoma, lung and pancreatic. Enterome will bring its ability to identify potential TAAs and TSNAs as well as to generate onco-mimics derived from the microbiome for the selected TAAs and TSNAs and will work with leading cancer experts within the Ludwig Center for Cancer Immunotherapy and the David M. Rubenstein Center for Pancreatic Cancer Research, which are both at the cancer center, the company said this morning.

“The microbiome concept presents an exciting new approach to the development of cancer immunotherapies and our understanding of how the microbiome works keeps improving with emerging data highlighting the important link between the microbiome and the effectiveness of immunotherapies,” Taha Merghoub, a biologist at Memorial Sloan Kettering said in a statement.