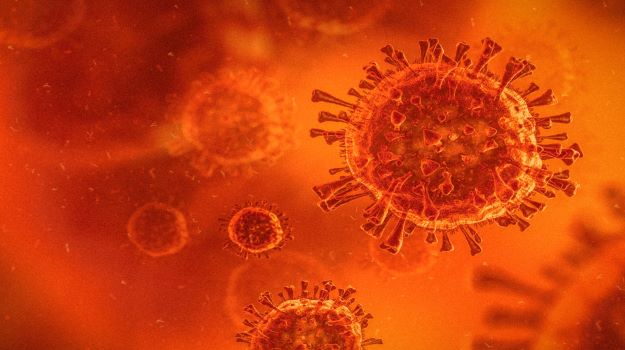 E-protein channels are particularly attractive targets, as studies of other coronaviruses indicate the E-protein channel is associated in viral assembly, release, and pathogenesis. This group of proteins is considered essential for infectivity.

“Considering the fact that the E-protein is the most conserved of all SARS-CoV-2 proteins, any inhibitor of its activity may provide an option to curb the viral spread,” a team led by Isaiah T. Arkin, chair of Hebrew University’s Alexander Silberman Institute of Life Science, and CEO of ViroBlock, wrote in a recent paper in Pharmacology.

Specifically, the E proteins on the membrane of the SARS-CoV-2 and SARS-CoV-1 viruses are 93.5% identical, while the spike proteins are only 76.2% identical. This seems to suggest that targeting the E protein could be a viable recourse in terms of combatting evolving variants.

After screening a library of 2,839 drugs that already are approved for human use, the research team identified 8 compounds that were appreciably active in three bacteria-based channel assays. They are:

These results show the specific effect of each drug screened, the researchers explained, while noting that this combination of assays was validated using other viral channels, including influenza M2 and HIV Vpu. The hits also were validated using a fluorescence-based assay.

There were no obvious recurring elements among the structures of those eight drugs other than the presence of cyclic groups. That is what most surprised Arkin. “The differences between the chemical we found is pronounced, yet the activity is similar,” he told BioSpace.

Subsequent electrophysiological studies may reveal which elements of each blocker are required for activity, thus identifying a starting point from which to refine the drugs as potential SARS-CoV-2 agents.

“Channel blockers are exceptionally common drugs,” Arkin pointed out. “They’ve been used to treat cystic fibrosis, epilepsy, neurodegenerative diseases, and more. Yet for viruses – with the exception of influenza – they have been under-utilized. We hope to change that and, in doing so, provide a rapid solution to viral diseases, starting with COVID-19.”

Repurposing is a way to find an effective agent and get quickly into the clinic, “especially for antivirals,” Arkin continued. Remdesivir, for example, was repurposed to combat COVID-19 last year and, although its use is contentious, “It is the only antiviral drug currently approved against COVID-19. It is an example of the speed at which drug repurposing can react to a health crisis.”

Azidothymidine (AZT) is another example. It was repurposed to combat AIDS more than twenty years after its first description in 1964, the paper pointed out.

This Hebrew University research is one of only a few studies regarding strategies to combat SARS-CoV-2 that focused on a single target. The rationale for such singular focus was that channels are proven drug targets that can be quickly and economically identified in an academic setting, the paper explained. By using bacteria models (which have a higher tolerance for toxicity), they are able to identify a greater number of potential therapies for later use or modification.

Eventually, the results from this work may also be used to identify protein function and drug resistance mechanisms.

A third study is underway, Arkin said. “We have been hard at work testing our compounds on the entire virus. This obviously requires proper biosafety facilities, which were scarce at the beginning of the pandemic…and still are. Our results are very encouraging. We expect paper to be submitted for publication soon.”

The goal, he said, is “to provide another weapon to our anti-COVID arsenal. We should not rely on a single avenue for cure, since the virus keep changing all the time. I think Sir Francis Bacon described it best, close to four centuries ago: ‘He that will not apply new remedies must expect new evils, for time is the greatest innovator.’”