Deep Branch Bio's Peter Rowe Wants to Save the Planet 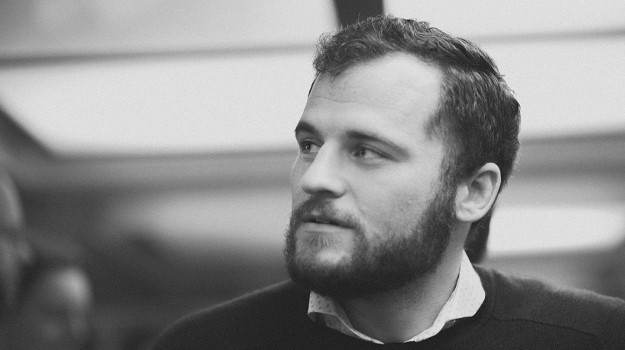 There is a tendency to think of biotech as focusing on medicine and drug development, but there are a number of companies using biotechnology to create solutions for environmental problems. One of those is Nottingham, UK-based Deep Branch Biotechnology.

Deep Branch was founded in July 2018 and is a graduate of the BioCity Accelerator Programme. This program offers convertible loans, direct routes to raising investment, coaching, networking and virtual or physical tenancy in its facilities. BioCity recently made seed investments in Deep Branch, which will cover constructions costs of a mobile production unit that will allow the company to demonstrate its technology. Peter Rowe, Deep Branch’s co-founder and Commercial Lead, took time to speak with BioSpace about the company and where it’s headed.

Rowe and his fellow co-founder Rob Mansfield were named as part of Forbes’ European 30 Under 30 in Manufacturing and Industry in 2019. And Deep Branch Biotechnology has been named one of the world’s top 500 deep tech start-ups by Hello Tomorrow in October 2018 and top thirty 2019 cleantech companies by Cleantech Innovate.

The technology can be used to help companies that want to reduce their carbon footprint without negatively impacting operational costs. Traditional carbon storage technology collects carbon dioxide, but Deep Branch’s approach is to convert it into sustainable protein. The technology doesn’t require sunlight or algae cultivation, and the modular system design makes it capable of capturing a portion or all of a company’s emissions that can be scaled up by adding additional modules.

The first sustainable protein product coming out of the company is Autotrofish, nutritionally tailored for aquaculture, making it a sustainable alternative to fishmeal. It is made from single cell protein generated from captured emissions. The company is also working on developing single cell protein for monogastrics—that is, animals with single-chambered stomachs, like humans, rats, dogs and pigs, cats, horses and rabbits—and ruminants, which have multi-chambered stomachs, such as cattle, antelopes, sheep and goats.

Rowe notes, “The founders have a huge amount of technological know-how and process expertise in the field of gas fermentation (our core technology), as well as commercial experience in biotech startups. We’re advised by some of the world’s most renowned experts in process scale-up, industrial biotechnology and commercial development.”

At the moment, he says the “protein is nutritionally optimized for use in animal diets and is used as a direct replacement for conventional animal feed proteins such as soy or fishmeal.”

In terms of the technology, the “core process is what we call gas fermentation,” Rowe explains. “In normal fermentation, you provide carbon and energy in the form of a sugar (e.g. using grapes to make wine), we use carbon dioxide and hydrogen gases as our respective carbon and energy sources. The key to this process is our proprietary microbe that we can’t tell you much about, other than it’s extremely efficient!”

Obviously, it provides companies who are producing carbon the possibility of carbon being a resource instead of a pollutant and creating a smaller environmental footprint—and in countries that have implemented carbon taxes, this can have economic implications as well as environmental and climate implications. Rowe says it can create “additional revenue from protein sales. The protein will be sold to animal feed producers, offering not just more sustainable feed protein, but a regular supply of a price-stable, price-competitive and nutritionally optimal bulk protein.”

The animal feed is also very practical. Rowe says, “Currently we struggle to feed our current global population and unless we drastically change the way we produce our food, this problem will only get worse. This is a particular problem with protein. Soy is one of the world’s most produced crops, yet we use 95% of it to feed the animals we eat.”

The company’s technology and possible use for animal crops could free up agricultural land to use for crops eaten by people while still providing a “highly nutritious diet for livestock and aquaculture.”

Deep Branch is currently focused on scale-up. Rowe says, “The process has shown its potential at lab scale and now it’s time to achieve that. Using the mobile unit … we’ll be doing a load of technical de-risking with different industrial emitters. We aim to have the process proven at scale, with products on the market within the next four years.”

Rowe is grateful for the amount of support Deep Branch has received from BioCity, noting they have been instrumental in supporting the company. “As well as providing significant financial backing with our most recent raise, they helped shape the company into what it is today through their incubator and accelerator programs.”

In a statement, Imelda Juniarsih, Investment Analyst with BioCity, said, “We were impressed with the potential this new technology has on reducing global emissions. Investing in very early stage companies is a priority for BioCity. We invest in young companies to support the development of new technologies which we think could have real impact.”

He also points out that their process is capital intensive, as many tech and biotech programs are. “Although our most recent investment provides the necessary financial backing to cover our near-term goals, we’ll require additional investment prior to market launch. As a result, we’re always interested to hear from people that want to support us on our journey.”

It’s an investment that could save the planet.