FDA Approves CSL-uniQure's Hemophilia B Gene Therapy, the Most Expensive Medicine in the World 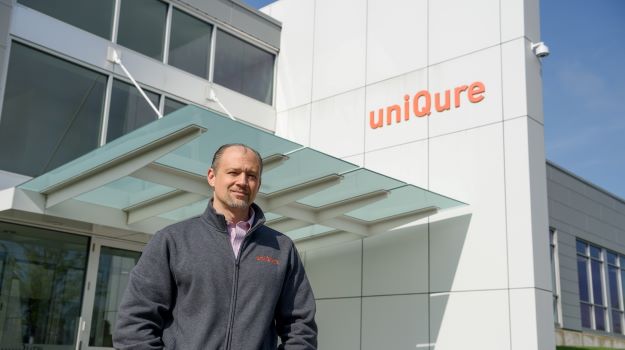 The nod makes Hemgenix the first gene therapy approved for Hemophilia B.

Priced at $3.5 million, Hemgenix is now the most expensive medicine in the world, Reuters reported.

Hemophilia B is a rare, inherited blood clotting disorder that is typically treated with injections of clotting protein factor IX. It’s caused by a single gene defect that leads to insufficient production of clotting factor IX, making patients’ bodies unable to stop bleeding on their own.

In a press release, Matt Kapusta, chief executive officer of uniQure, called the approval a “historic achievement based on more than a decade of research and clinical development” that will allow these patients “the possibility of being liberated from burdensome infusions.”

Now, Hemophilia B patients who are currently undergoing Factor IX prophylaxis therapy or who have experienced recurrent bleeding episodes or fatal hemorrhages may have a long-term solution.

Kapusta told BioSpace that the largest challenge in developing the therapeutic came when the company switched from using the wild-type FIX variant of Factor IX to the Padua-variant (FIX-Padua).

Kapusta said his team then had to convince the FDA that the change, while significant for patients, was not large enough to warrant the company restarting the trial.

"We were able to move very rapidly from that first generation to the next generation without losing any time," Kapusta said. "I think that really enabled us to ultimately bring a best-in-class product forward ahead of all the competition."

The price tag on the drug, while high, is not necessarily unexpected.

Though these drugs are approved for rare indications, they are still highly profitable. Hemgenix is similar in this regard, as Hemophilia B only occurs in males. A 2019 study concluded that at that time, there were 6,994 to 7,751 males with hemophilia B living in the U.S.

“We are confident this price point will generate significant cost savings for the overall healthcare system and significantly lower the economic burden of hemophilia B,” a CSL spokesperson told Managed Healthcare Executive.

Under the terms of the deal, uniQure has received $500 million upfront from CSL. It will also be eligible for commercial milestone payments and royalties up to $1.5 billion.

In June 2020, uniQure announced it would grant CSL Behring exclusive rights to commercialize and continue the development of Hemgenix. uniQure will manufacture the product at its facility in Lexington, Massachusetts.

The approval was based on data from the Hope-B trial, the largest gene therapy trial for Hemophilia B to date. According to the data, Hemgenix reduced the rate of annual bleeds; 94% of patients discontinued factor IX prophylaxis and remained prophylaxis-free.

Patients treated with the therapy produced mean factor IX activity of 39% at six months and 36.7% at 24 months following dosing. Seven to 18 months after dosing, the mean adjusted annualized bleeding rate (ABR) for all bleeds was reduced by 54%.

As for what's next for uniQure, Kapusta said the candidate he's most excited about is the company's gene therapy for Huntington's disease, calling it a "significantly larger opportunity" than the one his team saw in hemophilia.

"There's a very high unmet need where there are no disease-modifying treatments," he said. "We're the only AAV gene therapy that's currently in clinical testing, and we have some very important data that we'll be reading out next year."