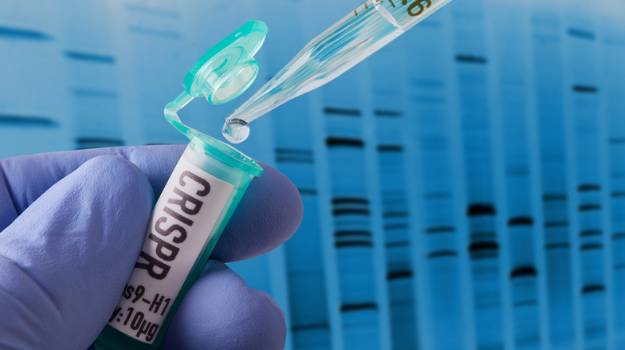 Epic Bio, a biotech company founded by CRISPR co-inventor Stanley Qi, Ph.D., launched Tuesday with $55 million in Series A capital. The California-based company aims to transform genetic medicine by developing a new class of drugs that target the epigenome to alter gene expression.

To aid with its ambitions, Epic holds the exclusive license to CasMINI, the smallest known Cas protein to date. Qi successfully engineered CasMINI in the lab last year, following the discovery of Cas12f, a small naturally occurring Cas protein that unfortunately doesn’t work in mammalian cells. The ultracompact CasMINI, meanwhile, can strongly activate gene expression and is less than half the size of Cas9 or Cas12a, both of which are used in current CRISPR systems. Epic was granted exclusivity to CasMINI by Stanford University.

Harnessing CasMINI will allow Epic to circumvent one of the biggest roadblocks of CRISPR-Cas systems, which is that Cas fusion proteins are often too large to fit into adeno-associated virus (AAV) vectors. CRISPR systems, as a result, have seen limited clinical applications.

“Our vision at Epic Bio is nothing short of transformative: To create a new class of genetic medicines that can treat diseases for which there’s no effective treatment today. We have a unique platform that enables in vivo delivery of our compact gene modulation components using AAV vectors that have already been de-risked in the clinic,” Amber Salzman, Ph.D., chief executive officer of Epic said in a statement.

“Our lead program in FSHD [Facioscapulohumeral muscular dystrophy] has a clear line of sight to clinical entry next year, and other programs are close behind. We are excited to realize the sweeping impact epigenetic engineering could have on the standard of care for many serious diseases,” Salzman added. Salzman brings more than three decades of pharmaceutical industry expertise to Epic.

Aside from FSHD, Epic is also looking to test its CasMINI technology against heterozygous familial hypercholesterolemia, alpha-1 antitrypsin deficiency, retinitis pigmentosa 4, and retinitis pigmentosa 11. All five are genetic conditions for which biopharma has yet to develop effective therapies.

The CRISPR-Cas system is arguably the most well-known method for gene editing and boils down to two key components. The Cas family of proteins carries most of the method’s functionality: some Cas proteins act as molecular scissors, making targeted cuts at particular DNA sites, while others can switch one base out for another. To make ensure that CRISPR-Cas systems are specific, they use a short stretch of pre-designed RNA to guide the entire complex to the correct target.

Rather than make changes to the DNA directly, however, Epic aims to use the CRISPR-Cas method to target the epigenome, which refers to molecules and chemical compounds that are in charge of modulating gene expression.

Aside from CasMINI, Epic is also leveraging its Gene Expression Modulation System (GEMS) platform, which uses optimized DNA-binding proteins, proprietary computational technologies and the largest existing library of modulators to produce highly specific epigenetic therapies. These technologies, along with a deep bench of experts, fuel Epic’s potential to transform genetic medicine and has earned it the attention of Hong Kong-based venture capital firm Horizons Ventures, which led its Series A backing.

“This promise is already visible in the company’s robust pipeline,” Patrick Zhang, an investor at Horizons, said. "We are eager to explore and develop the potentiality of epigenetic engineering to benefit patients in need.”