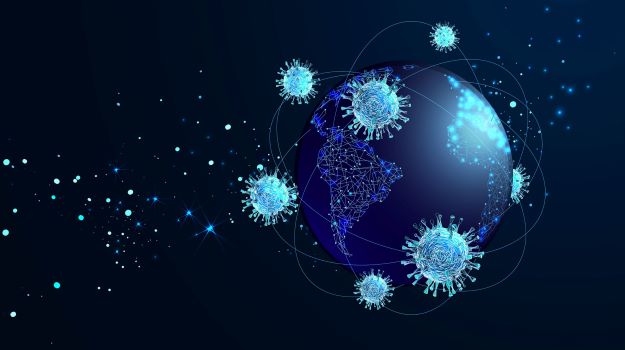 It is widely believed that COVID-19 has been just as deadly as the Spanish flu, if not more. More than 705,000 people have lost their lives to coronavirus in the U.S. alone, beating the grim record previously held by the Spanish flu.

When the Spanish flu broke out, the population of the U.S. was one-third of what it is currently, and the death toll was as high as 675,000. This is one reason why it is still debatable whether the pandemics can be compared or not.

The scientific advancements that have been made in the last century led to the faster development of COVID-19 vaccines. However, new variants are still showing up, and the efficacy of these vaccines is in doubt.

The Spanish flu never went extinct, and over the years, became a mild seasonal bug. Some people assume that will be the fate of COVID-19. However, that will likely take a long time and repeated infections and vaccinations all over the world.

With the Delta variant of coronavirus spreading globally, the pandemic still has a tight grip on the world. Many people around globe are struggling to come to terms with the aftermath of the pandemic, much like a century ago with the Spanish flu.

The influenza pandemic, also known as the Spanish flu, was caused by the H1N1 virus and spread across the world from 1918 to 1919. Over 500 million people were affected by this virus globally, and the death toll was around 50 million.

The Second Wave was Devastating

The Spanish flu was first detected in the spring of 1918, and by summer, it spread like wildfire. Although the first wave of the virus did not have a high fatality rate, it mutated during this time, and the second wave that started in August caused two-thirds of the Spanish flu deaths.

The third wave of the Spanish flu hit the world near the end of 1918 and lasted until March 1919. This strain was not as deadly as the previous ones because most of the people had previously been infected with the virus and developed immunity, and many frail people had already lost their lives.

Spanish Flu Did Not Originate from Spain

Even though it is known as the Spanish flu, it did not originate from Spain. The name came because Spain became the first country to acknowledge the presence of a new disease spreading in the region. Spain was also one of the European countries hit hardest by the flu, which is why the name stuck.

Where the Spanish flu originated from is still a mystery. There have been various theories that suggest it started in China, Britain, France or the United States. However, we cannot be sure due to the lack of information that was stored during the time.

A majority of the Spanish flu deaths were among young and healthy people, which was an unusual factor. An alarming number of U.S. soldiers serving in the First World War were affected by the flu, and more soldiers died from the flu than the war.

The preventive measures against influenza were limited to quarantine, self-isolation, disinfectants, maintaining personal hygiene, and a ban on social gatherings. The field of medicine was not advanced enough to develop vaccines and antibiotics to prevent and treat this virus efficiently. Thus, there were only limited measures people could take to protect themselves during the pandemic.

Common Symptoms of the Spanish Flu

The symptoms of the first wave of influenza were comparatively mild. Many people would have a fever that lasted a few days, fatigue, and chills, and they recovered. The symptoms of the second wave were more severe, with some people dying within a few hours of contracting the flu. Their skin turned blue and their lungs were filled with fluid, causing people to suffocate.

In the U.S., Aspirin poisoning also became common due to the spread of influenza. At the time, doctors deemed it safe to prescribe 30 grams of Aspirin to help with the symptoms. This dose is considered fatal in today’s time. The symptoms of Aspirin poisoning included fluid build-up in the lungs, and it is assumed that this played a part in the high death toll of the Spanish flu.

Since 1919, the world has seen numerous other flu pandemics, but none as deadly as the Spanish flu. Around 2 million people around the world lost their lives to the flu from 1957 to 1958. Another pandemic from 1968 to 1969 killed around a million people globally.

In 2009-2010, 12,000 Americans lost their lives to the swine flu. Now, the entire world is battling coronavirus, which is considered as deadly as the Spanish flu. Societies and economies across the globe are suffering as much as they did a century ago.

COVID-19 was first reported in Wuhan, the business hub of China, and was given the name COVID-19 by Chinese researchers. After genomically analyzing the virus, it was discovered that it resembles the SARS-like bat virus, and therefore, it's possible the virus was contracted from bats.

The first SARS-CoV was detected back in 2003 in China. The strain found in 2019 is more transmissible than the one witnessed before. In the first fifty days of its transmission, it infected over 70,000 people and took 18,000 lives in China alone. Countries like the U.S., India, Brazil, France, the U.K., and numerous others were hit hard by COVID-19. We are still in the middle of the pandemic as the virus keeps mutating, and some of the variants are more destructive than the last.

How Does COVID-19 Spread?

The most significant way COVID-19 transfers is through our respiratory droplets. It means if an infected person opens their mouth around anyone for any reason, they are at risk of catching the virus from them. These respiratory droplets remain in the air for minutes, and people in enclosed spaces are at a higher risk of transferring COVID-19 to others.

You can also catch the virus by coming in close contact with a person already infected or touching surfaces that the virus landed on. COVID-19 enters your body through your nose and mouth. It then enters the nasal passage and begins to multiply in the mucous membrane. From there, the virus travels to the lungs and other body tissues.

According to the CDC, there are numerous COVID-19 symptoms. The most common ones witnessed all over the world include cough, shortness of breath, fever, chills, fatigue, muscle and body aches, loss of smell or taste, congestion, sore throat, diarrhea, nausea, and vomiting.

Ann Marie Kimball, a professor at the University of Washington, stated that one plus of COVID-19 is that it mutates at a slower pace than flu, which makes it easier to develop COVID-19 vaccines. Vaccines like Pfizer and Moderna will help save time while fighting any future outbreaks.

When the virus started spreading, safety precautions and preventive lockdowns were quickly implemented by most countries. Social gatherings were prohibited, and people were encouraged to wear masks and always maintain a distance of at least six feet. Due to the advancements in science and medicine, we were able to develop a COVID-19 vaccine in significantly less time than the flu vaccine.

The entire world has been immensely affected by the COVID-19 outbreak. With millions of lives lost to the pandemic, everyone is coming to terms with the destruction caused. People in every country have lost their jobs and homes, and the poverty rates in already impoverished countries have increased.

COVID-19 and the Spanish flu are often compared, and both are widely known to be the deadliest pandemics our world has faced. The Spanish flu is overlooked due to the First World War, but in reality, it claimed more lives than the war. Both pandemics have caused socio-economic destruction. The economy of the U.S. has suffered a loss of around $6 trillion. The only record of an economy that suffered anything close to this in 1918-1919 was Mexico, with a loss of $9 billion.

The trade activities during and after both pandemics were also hampered significantly. It is clear that the loss faced by economies during both these periods has increased the gap between the classes of society. The impact a pandemic can have on the world was visible during 1918-1919, and it was critical for us to learn from mistakes that were made during the Spanish flu.

During both pandemics, we can see there have been significant delays in developing vaccines. However, the time it took to find a COVID-19 vaccine was far less due to the knowledge we have gained over the last century. The majority age group affected by the virus also differed, as the Spanish flu infected healthy and young individuals more significantly. The mechanism of death is also different for COVID-19 and the Spanish flu.