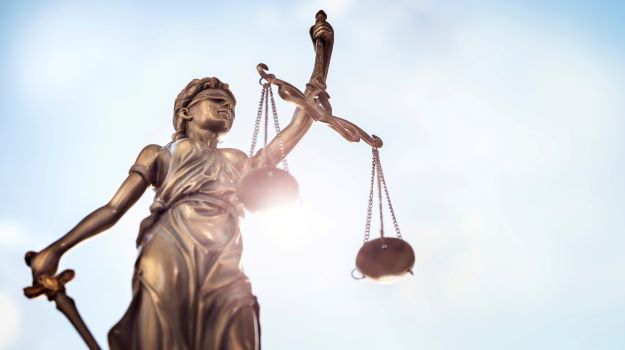 Two years after microbiome company uBiome announced it was filing for bankruptcy and closing its doors, the company’s co-founders and former co-chief executive officers have been indicted for fraud and money laundering.

At one time, uBiome was named one of the top five companies to emerge from incubators in the Bay Area. The company marketed advanced technology to analyze the microbiomes on the human body. Its chief product is a stool test that identifies microbes in the gut for patients with chronic gut conditions such as IBD, IBS, Crohn’s Disease and ulcerative colitis.

Despite significant financing, the wheels began to come off in 2019 after the Federal Bureau of Investigation raided the offices of uBiome following intense scrutiny of the lab-testing company’s billings involving Medicare. After the raid, Richman and Apte were placed on administrative leave. Several months later, company insiders began to share tales that uBiome’s science was flawed, which raised concern over the accuracy of their product. Shortly thereafter, the company filed for bankruptcy and announced it was closing its doors.

According to the indictment, Apte and Richman adopted several fraudulent practices with respect to its clinical tests. Specifically, the government charged the two “developed, implemented and oversaw practices designed to deceive approving health care providers and reimbursing insurance providers regarding tests that were not validated and not medically necessary.”

The indictment also says Apte and Richman falsified documents and lied about and concealed material facts when insurance providers asked questions to which truthful answers would reveal the fraudulent nature of uBiome’s billing model. Between 2015 and 2019, uBiome submitted more than $300 million in reimbursement claims to private and public health insurers.  Of these reimbursement claims, uBiome was paid more than $35 million, the indictment alleges.

The indictment also includes allegations that defendants oversaw an effort to deceive and mislead investors about various aspects of uBiome’s business during its Series B and Series C fundraising rounds, which occurred in 2016 and 2018. The government said the company co-founders induced investors to invest more than $64 million into the company during the two financing rounds. Also, the indictment notes Apte and Richman sold investors more than $12 million of their personal uBiome during those rounds.

Furthermore, the indictment alleges the two defendants engaged in aggravated identity theft. Apte and Richman used the names and personal information of various health care providers to create documents for submission to health insurance companies, according to the indictment.

Acting U.S. Attorney Stephanie M. Hinds touted the innovation that emerges from the Bay Area, but said that innovation must exist within the boundaries of the law.

“Today’s indictment alleges that in their efforts to move fast to drive business and investment capital to their microbiome startup, defendants turned a blind eye to compliance and pursued at all costs a path designed to bring the greatest investment in their company. The indictment alleges defendants bilked insurance providers with fraudulent reimbursement requests, a practice that inevitably would result in higher premiums for us all.  Further, defendants cashed out on the investment that flowed into the company to benefit themselves. Today’s indictment is a cautionary tale about the importance of robust compliance programs rather than lip service, and the importance of honesty with investors,” Hinds said in a statement.

In all, Apte and Richman have been charged with one count each of conspiracy to commit health care fraud, 14 counts of health care fraud, six counts of aggravated identity theft and aiding and abetting, one count each of conspiracy to commit wire fraud and securities fraud, 10 counts each of wire fraud and aiding and abetting and nine counts each of fraud in connection with the purchase of and sale of securities.

Additionally, Apte was charged with two counts of engaging in monetary transactions with proceeds of specified unlawful activity. Richman was charged with four counts. The multiple penalties for the charges range from two years in federal prison to 20 years.