BOSTON – Intarcia Therapeutics is well on its way to securing $600 million in financing. This week the company posted $215 million in a new round of financing and is on its way to seeking regulatory approval for its matchstick-sized diabetes therapeutic platform, ITCA-650. 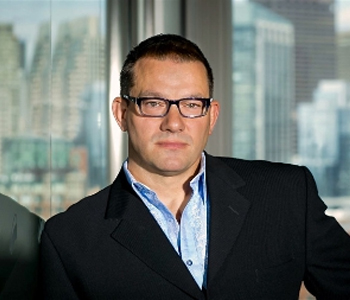 
Kurt Graves, Intarcia’s chief executive officer, said he is pleased with the support the company received from its investors, but is more excited about the long-term therapies for diabetes patients his company is developing. The aim of ITCA-650 is to provide a once-per-year subcutaneous injection, about the size of a matchstick, and includes a miniature osmotic pump that provides continuous delivery of exenatide. Exenatide, the active agent in ITCA-650, is a glucagon-like peptide-1 (GLP-1) receptor agonist currently marketed globally as twice-daily and once-weekly self-injection therapies for type 2 diabetes.

“Ultimately, our goal is to open up a new pathway of delivering once or twice yearly medicines that fundamentally hold the potential to transform therapeutic and economic outcomes over time for millions of patients, and the healthcare system overall,” Graves said in a statement.

Intarcia’s ITCA-650 would enter a crowded type 2 diabetes field and face competition from established drugs such as AstraZeneca ’s Symlin. However, Symlin and other injectables require daily dosages, while ITCA-650 would dole out the proper dosage all year long before a new one would need to be inserted into the body.

During the American Diabetes Association meeting in New Orleans, Intarcia said ITCA-650 demonstrated superior efficacy to Merck ’s blockbuster diabetes drug, Januvia, in reducing HbA1c and body weight in patients with poorly controlled type 2 diabetes on metformin following one year of treatment. Intarcia was emboldened by trial results showing the company’s lead product had a much stronger showing against Merck’s Januvia in a head-to-head competition. Intarcia’s ITCA-650 pump led to greater weight loss and lowered blood glucose levels over a one-year period. The study showed that Intarcia’s pumps and exenotide combination reduced glucose levels by 1.5 percent, compared to .8 percent reduction in Januvia patients. Also, those who used the Intarcia combination showed an average weight loss of about nine pounds, compared to about four pounds for Januvia patients.

According to the U.S. Centers for Disease Control, the number of Americans diagnosed with diabetes is expected to double or triple by 2050. The CDC projects as many as one-third of the U.S. population, more than 100 million people, could develop diabetes within that time frame. Currently, about one in 10 Americans has been diagnosed with the disease, the CDC said.

If the drug receives approval from federal regulators, ITCA-650 would represent the first injection-free GLP-1 therapy that can deliver up to a full year of treatment from a single placement. In an interview with BioSpace last year, Graves shared his hope for how the drug could positively impact patients, many of whom tend to forget to regularly take their medication.

Intarcia anticipates another round of financing with top-tier investors in the fourth quarter of this year, the company said in a statement. This latest funding round was led by Lucion Venture Capital Group, Ltd.—a venture capital group in China. Partnering with the Chinese firm was a strategic move as China represents a large market for type 2 diabetes treatments. It is estimated that there are more than 100 million Chinese people diagnosed with type 2 diabetes.

Graves told the Boston Business Journal that he anticipates ITCA-650 could be approved next year by the U.S. Food and Drug Administration. If it is approved, Graves said he plans to keep Intarcia private for at least a year before exploring the idea of taking the company public. The company has an estimated value of $3 to $5 billion, the Journal said. If the company continues to raise funds as it has, the Journal said Intarcia will likely have $1 billion in its reserves—money that could be used to advance commercialization, or for M&A activity. Last year Intarcia snapped up North Carolina-based Phoundry Pharmaceuticals, which manufactured peptides for the treatment of diabetes and obesity.