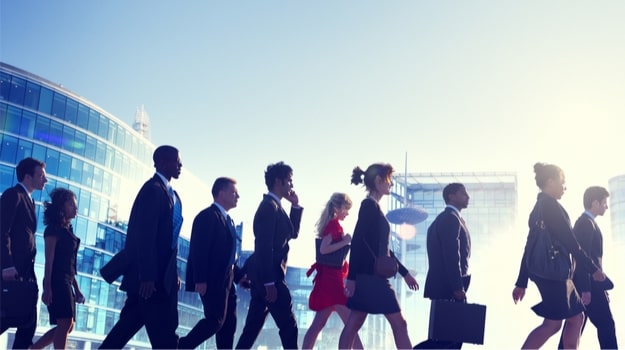 Repertoire – Anthony Coyle was named president of Research and Development for Repertoire Immune Medicines. Most recently, he was the co-founder, president and chief executive officer of Pandion Therapeutics. . Prior to Pandion, Coyle was a senior vice president and chief scientific officer at Pfizer, where he launched Pfizer’s Centers for Therapeutic Innovation, a collaborative Research and Development model between Pfizer and premier academic medical centers, patient advocacy groups and the National Institute of Health. Before Pfizer, Coyle was Global Head of Respiratory, Inflammation and Autoimmunity Research at Medimmune Biologics, a Division of AstraZeneca. Prior to his work at MedImmune, he held leadership positions at Millennium Pharmaceuticals and Glaxo Institute in Geneva.

Axcella – Cambridge, Mass.-based Axcella promoted Paul Fehlner to Chief Legal Officer and Corporate Secretary. Paul was previously Axcella’s Chief Intellectual Property (IP) Officer and has worked to develop a robust IP portfolio for Axcella with six issued patents and nearly 200 pending patent applications around the globe. Prior to Axcella, he was a principal at Life Sciences Innovation LLC. He also spent nine years at Novartis as its Global Head of Pharma IP.

ERS Genomics – Michael Arciero was named vice president of Intellectual Property and Commercial Development at Ireland’s ERS Genomics. Most recently he was Director of Technology Commercialization and New Ventures for the USC Stevens Center for Innovation.

FTI Consulting – Todd Mello was named Senior Managing Director and head of the Valuation Services group in the company’s Health Solutions practice. Prior to joining FTI Consulting, Mello co-founded a national boutique healthcare valuation firm, which he managed through its first 17 years of growth.

Aravive Inc. -- Industry veteran and oncologist Reshma Rangwala was named CMO of Aravive. Previously, Rangwala served as vice president of Medical, at Genmab where she led the clinical development program for a first-in-class antibody drug conjugate. Prior to that, she served as Executive Clinical Director at Merck & Co.

FundamentalVR – Allan May was named chairman of the board of directors of FundamentalVR. May will lead the company’s continued growth in the United States and scale its surgical education and data insight platform, Fundamental Surgery. He is the founder of Life Science Angels, a Bay Area early-stage investment group. He is also a Venture Partner at Medtech Convergence Fund.

FCB Health Network – Sommer Bazuro was tapped as the first CMO of FCB Health Network. An 11-year veteran at FCB Health Network, Sommer started at ProHealth, an FCB Health Network company on the medical communications side of the industry, ultimately transitioning to promotional advertising a few years later. She is also a Susan G. Komen Foundation Board Member, serving as Grants, Policy and Education Committee Chair.

ELRIG -- The European Laboratory Research & Innovation Group announced the election of Melanie Leveridge as chair. Leveridge will guide the not-for-profit organization serving the life science and drug discovery communities. She succeeds Steve Rees, who will be stepping down after four years as ELRIG chair. She is head of Screening, Profiling and Mechanistic Biology UK, and Global Compound Management at GlaxoSmithKline.

Creavo – Creavo Medical Technologies appointed Martin Frost as chairman of the board of directors. Frost will drive Creavo’s fundraising plans, and guide its strategy to scale the business and commercialize its diagnostic technologies. Frost succeeds Robert Barr who helped to spin out Creavo from the University of Leeds through proof of concept studies to a point where the technology can be deployed into hospital trials.

Astellas-- Astellas announced the structure for its global Patient Centricity organization designed to support the development of innovative health solutions through a deep understanding of the patient experience, medical needs and behavioral drivers of care. Under the leadership of Anthony Yanni, Global Head of Patient Centricity, the organization will be comprised of four distinct teams – Medical Intelligence and Patient Insights, Patient Insights and Solutions, the Behavioral Science Consortium and Patient Partnerships. Members of the group include Joe Collins, head of Medical Intelligence and Patient Insights; Deepti Jaggi, head of Patient Insights and Solutions; Lisa Mattle, head of the Behavioral Health Science Consortium; Doug Noland, head of Patient Partnerships; and Tyler Marciniak, head of Strategy and Integration.

Exagen Inc. – Wendy Johnson was appointed to the board of directors of Exagen Inc. Johnson will also serve on the Audit Committee. She is currently the COO of Reneo Pharmaceuticals where she is responsible for day-to-day operations, and was instrumental in setting up the company’s UK corporate entity. Johnson served as a venture partner at ProQuest Investments, a venture capital firm. She also served as CEO of Aires Pharmaceuticals, a ProQuest portfolio company.