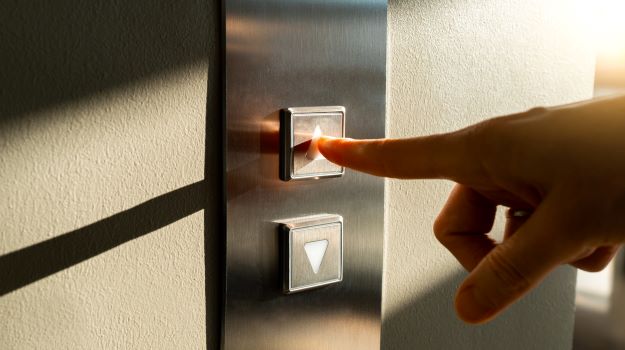 PhoreMost Ltd – Christian Dillon was tapped to serve as vice president of Biology at U.K.-based PhoreMost. In this new role, Dillon will work across all company areas of interest, including oncology, targeted protein degradation and neurodegeneration. Dillon joins PhoreMost from Cancer Research UK’s Therapeutic Discovery Laboratories, where he was Associate Director, acting as program director for multiple successful drug discovery alliances.

Coriolis Pharma – Ernst Wagner has joined the scientific advisory board of Germany-based Coriolis. Wagner is a professor of Pharmaceutical Biotechnology at the Ludwig-Maximilians-Universität (LMU) and the Center of Nanoscience in Munich. Previously, he was the Director of Cancer Vaccines & Gene Therapy at Boehringer Ingelheim in Vienna, where he supervised the first-in-world polymer-based human gene therapy trial in 1994.

Atsena Therapeutics – Kenji Fujita was named the first CMO of N.C.-based Atsena Therapeutics. Fujita currently serves as an Assistant Professor in Clinical Medicine at Robert Wood Johnson University Hospital. Prior to joining Atsena, he was Vice President of Clinical Development at Alnylam Pharmaceuticals. Fujita has also held clinical development roles at Alexion Pharmaceuticals, where he led neurology and rare metabolic disease programs, and Merck, where he worked in cardiovascular clinical development and served as the Clinical Development Lead of the Emerging Markets Research and Development group.

OncoSec Medical – Jeffrey Silverman was named Vice President of Product Engineering for OncoSec Medical Incorporated. For more than five years, Silverman served as Vice President at Ichor Medical Systems, Inc., where he was responsible for establishing and leading the engineering, operations and quality teams for the company's electroporation equipment for the delivery of DNA drugs in support of cancer and vaccine research. Prior to Ichor, Silverman was the Managing Director at Varioscale, Inc.

eHealth Technologies – Diane Donahue was named Clinical Customer Success Manager at eHealth. In this newly created role, Donohue will provide clinical guidance, training, and support for clients to help them implement efficiencies in medical records processes and ensure their needs are met. She will also lead clinical education for the eHealth Technologies’ operational team. Donohue brings over 20 years of management experience to the team, most recently serving as Corporate Manager over two hospitals for the University of Florida – Central Florida where she focused on clinical documentation integrity.

Ilya Pharma – Oskar Lund was appointed chief financial officer of Sweden-based Ilya Pharma. Also, Sylvia McBrinn joined the company board of directors. McBrinn has more than 30 years of experience in the BioPharma industry for companies including Pfizer and Vernalis. Most recently she co-founded Axerion Therapeutics and led the company as CEO and Board Director to a successful deal with MedImmune. At Pfizer, she was responsible for building the company’s Parkinson’s franchise as well as launching Bextra. Lund comes to Ilya from Disruptive Materials, a Swedish nanotech startup and brings a strong track record of successful fundraising combined with in-depth financial management and strategic business development experience in the private, corporate and public sectors, including Paribas and JP Morgan.

ITM AG – Klaus Maleck was named CFO of Germany-based ITM AG. He previously served as CEO of TETEC AG, a fully integrated regenerative medicine developer and manufacturer. ITM’s current CFO, Thomas Dürre, is stepping down to pursue new opportunities. Prior to ITM, Maleck held leading executive roles with growing responsibilities within the biopharmaceutical industry including the roles of CFO and CBO at Evotec AG. Before his tenure at Evotec, Maleck served as CFO and Vice President Business Development of BioGeneriX AG, which he co-founded in 2000. He also worked as a Senior Consultant at McKinsey & Co. and as a Scientist in the genomics field at Novartis. Malek currently serves as Chairman of the Board of CleanCells SAS and as Board Member of BIO Deutschland, the German biotech association.

Aurion Biotech – Arnaud Lacoste was been named chief scientific officer of Aurion Biotech. Lacoste will lead R&D teams based in Boston and Seattle. He joins Aurion Biotech from Novartis, where for 12 years he directed cell and gene therapy programs and built cell processing and engineering platforms. Before Novartis, Lacoste was the director of Rockefeller University’s stem cell facility and one of the first scientists in the world to create induced pluripotent stem cells. Before that, Lacoste was co-founder and CSO of Inseron, which developed genetic biomarkers for drug discovery and pathway profiling.

Kriya Therapeutics – Ilise Lombardo was named CMO of Kriya. Lombardo will lead the company’s clinical and medical organization responsible for advancing a deep and diversified pipeline of gene therapy candidates across multiple therapeutic areas. Prior to joining Kriya, she was the co-Founder and CMO of Arvelle Therapeutics, an epilepsy-focused company recently acquired by Angelini Pharma. Prior to founding Arvelle, Lombardo held senior roles in Clinical Development and Medical Affairs working with small molecules, biologics and gene therapies at Axovant Sciences, Forum Pharmaceuticals and Pfizer.

Tessera Therapeutics – Elliot Sigal and Mary Rozenman were named to the board of directors of Tessera Therapeutics. Sigal currently serves as a senior advisor to the healthcare team of New Enterprise Associates and is a member of the Board of Directors for Adaptimmune Therapeutics, Surface Oncology, Vir Therapeutics, and Affinia. Sigal is a former Executive Vice President and Director of Bristol-Myers Squibb, and served as the company’s CSO and President of R&D from 2004 until 2013. Rozenman serves as the CFO and CBO of insitro, leading strategic and operational finance and accounting strategy, business development, investor relations, corporate communications, as well as project and portfolio management. Prior to insitro, Rozenman served as the Senior Vice President of Corporate Development and Strategy at Aimmune Therapeutics, where she oversaw business development and partnerships.

Athira Pharma – Rachel Lenington was named CTO and Head of Product Development Strategy at Athira. Lenington most recently served as Senior Vice President of Program and Portfolio Management at Seagen Inc. Prior to Seagen, Lenington was Deputy Director, Strategy, Planning and Management at the Bill & Melinda Gates Foundation. Before that, Lenington held roles of increasing responsibility at Amgen for 10 years, including Director, Global Program Manager.

Recro Pharma – Laura L. Parks joins Recro Pharma’s board of directors. Parks most recently served on the executive leadership team at Patheon, a global biopharma CDMO, until its acquisition by Thermo Fischer Scientific in 2017.  Prior to her role with Patheon, she served as president of DSM Pharmaceuticals. Parks was also senior vice president, marketing and sales for DSM Pharmaceuticals.

Nautilus Biotechnology – Emma Lundberg was appointed to the Nautilus Scientific Advisory Board. Lundberg is currently a Professor in cell biology proteomics at KTH Royal Institute of Technology, Sweden, and Director of the Cell Atlas of the Human Protein Atlas. Lundberg also holds the position of Director of the Cell Profiling facility at the Science for Life Laboratory in Sweden.

Certara– Carol Gallagher, a venture partner with New Enterprise Associates, was appointed to the board of directors of Certara. Before joining NEA in 2014, Gallagher was a venture partner at Frazier Healthcare, a private equity and venture capital firm. From 2008 to 2011, she was CEO of Calistoga Pharmaceuticals. Prior to that, Gallagher was CEO of Metastatix, and earlier in her career, she held commercial, drug development, and business development roles at large and small biopharmaceutical companies including Eli Lilly, Amgen, Pfizer, Agouron Pharmaceuticals, and IDEC Pharmaceuticals.