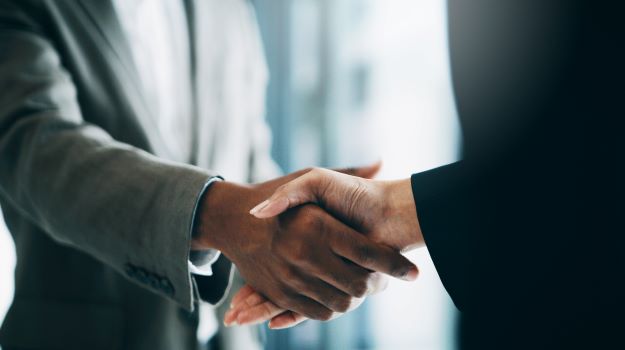 BUDDI AI – New York’s BUDDI AI expanded its leadership team with multiple appointments. Vipul Kashyap has been appointed as Head of Clinical Informatics, Shankar Saibabu as Chief Operating Officer and Jeff Nussbaum as Chief Revenue Officer. Kashyap joins BUDDI AI from Optum where he was a director and led the development of their clinical decision platform. Kashyap also held leadership positions at Northwell Health, Cigna and Partners Healthcare. Saibabu joins BUDDI AI from Audacious Inquiry. Prior to that, Saibabu was a Senior Director in Samsung SDS America's Global Healthcare Vertical. Nussbaum is an investor and has been a sales advisor for BUDDI AI.

Certara – Nancy Killefer and Cynthia Collins were appointed to the board of directors at Certara. The two appointments increase the company’s board of directors to eleven members. Killefer most recently served as director at McKinsey & Company until her retirement in 2013. She has also served in the public sector, specifically the United States Department of the Treasury as the assistant secretary for management, chief financial officer and chief operating officer. Killefer is currently a member of the boards of Cardinal Health, Inc., Natura & Company, and Facebook, Inc. Collins most recently served as Chief Executive Officer of Editas Medicine. Before Editas, Collins was CEO at several life sciences companies, including Human Longevity, GenVec and Sequoia Pharmaceuticals.  Collins is currently a member of the board of DermTech, Inc.

ArsenalBio – W. Nicolas Haining was named Chief Scientific Officer. Haining is a physician-scientist and one of the co-founders of ArsenalBio. Most recently he was the Vice President of Discovery Oncology and Immunology at Merck Research Laboratories.

ROME Therapeutics – Cambridge, Mass.-based ROME Therapeutics strengthened its scientific leadership with multiple appointments. David Proia was named Vice President, Oncology; Menachem Fromer, was tapped as Head of Data Science; and Sarah Knutson, was named Senior Director, Early Discovery. Proia joins ROME after serving as the Senior Director of In Vivo Pharmacology at C4 Therapeutics. Prior to C4, he was the Director of Cancer Biology and In Vivo Pharmacology at Synta Pharmaceuticals and a Scientist at AstraZeneca. Fromer most recently was the Data Science and R&D Lead at Verily Life Sciences. He is also an Associate Professor of Genetics and Genomic Sciences and Psychiatry at Icahn School of Medicine at Mount Sinai in New York. Prior to Verily, Fromer was a computational biologist in the Stanley Center for Psychiatric Research at the Broad Institute of MIT and Harvard. Knutson most recently led the biology team at Twentyeight-Seven Therapeutics. Prior to this, she held roles at Nimbus Therapeutics and Syros Pharmaceuticals. Knutson started her career at Epizyme, Inc.

Renovacor – Elizabeth White was named Chief Business Officer and Senior Vice President of Philadelphia-based Renovacor. Prior to joining Renovacor, White served as the chief business and strategy officer for NeuExcell Therapeutics, Inc. Before that, she served as the founder and president of White Biotech Solutions, LLC, a business strategy consulting practice. During a 20-year career at Wyeth/Pfizer Inc., White held a variety of positions of increasing responsibility where she most recently led commercial development for Pfizer’s rare disease and gene therapy business. White serves on the board of Parent Project Muscular Dystrophy.

Komodo Health – Bill Madigan was named Chief Revenue Officer for San Francisco-based Komodo Health. Prior to Komodo, he held several leadership roles across Optum’s healthcare and life sciences business units. He previously served as CRO of Cervello, where he was responsible for the strategy and execution of its sales, marketing, and channel partner development, helping drive industry recognition as one of the fastest growing companies for three consecutive years.

Sense Biodetection – Boston’s Sense Biodetection appointed Timothy I. Still as President and CEO. Still’s background includes over 30 years of experience in medical devices and diagnostics. He has extensive experience in designing and implementing highly focused commercial and business development strategies within both large and small companies.

Glympse Bio – Glympse Bio Tapped Matthew T. Navarro to the newly-created role of Chief Financial Officer. He was previously a Managing Director at Perella Weinberg Partners, LP where he led the east coast biopharma coverage effort. Prior to that, Navarro was a member of Morgan Stanley and Barclays Capital's global healthcare teams and worked at Pfizer Inc. focusing on strategy and portfolio management. More recently, Mr. Navarro comes from an entrepreneurial venture where he co-founded and built Without A Trace Foods Inc.

LightDeck Diagnostics – Nick Traggis was promoted to the role of CEO from executive vice president of Corporate Development. Additionally, Robert J. Silverman was promoted to Executive Chairman of the Board.

ViaCyte, Inc. – Jon Wilensky was named Head of Surgery at San Diego-based ViaCyte. Wilensky is a board-certified plastic surgeon and joins ViaCyte after having functioned in an advisory capacity to the company since 2014.  He formerly served as the lead surgeon for clinical trials involving both implantable continuous glucose monitors and ViaCyte’s implantable cell therapy pipeline.  In prior roles, Wilensky has consulted for numerous other early- and mid-stage companies developing related technologies.

Tectonic Therapeutic – Marcella Ruddy has been appointed Chief Medical Officer at Boston-based Tectonic. Prior to joining Tectonic, she oversaw the development pipeline in immunology and inflammation as Vice President, Global Program Direction for Immunology/Inflammation at Regeneron and was the program leader for Dupixent. Before Regeneron, Ruddy held clinical leadership positions at Alnylam, EMD Serono and Merck Research Labs.