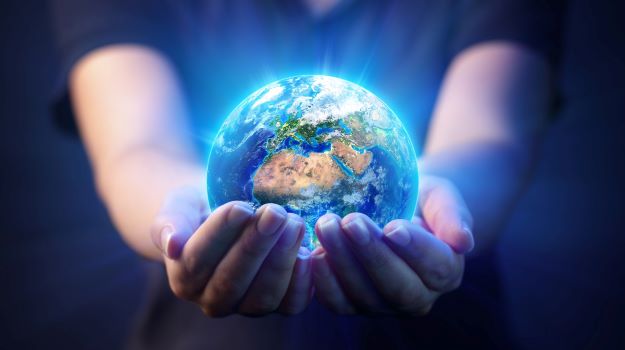 Phico, based in Cambridge, is developing SASPject PT3.9, which uses antibacterial small acid-soluble spore proteins (SASP). Those SASP target selected bacterial species to inactivate bacterial DNA, stopping them from metabolizing or reproducing. Phase I studies are expected to focus on establishing the safety and kinetics of PT3.9 in healthy volunteers and, potentially, patients with ventilated hospital acquired pneumonia and ventilator associated pneumonia, Phico said. SASPs are unaffected by the sequence of bacterial DNA, making it unlikely that bacteria could develop resistance, and are therefore effective against multidrug-resistant bacteria.

P. aeruginosa is a leading cause of pneumonia in hospital patients and has been classified as a serious threat to human health by the World Health Organization.

The CARB-X said the $5.3 million award will fund continued preclinical studies of the Phico asset. It could contribute up to $12.8 million more to fund the Phase I studies.

BioNTech – Germany-based BioNTech announced it will supply an additional 100 million doses of the COVID-19 vaccine it developed with Pfizer to the European Union. This latest agreement brings the total number of doses to be delivered to the EU to 600 million. The Comirnaty vaccine will be produced in BioNTech’s and Pfizer’s manufacturing sites in Europe.

RDIF – The Russian Direct Investment Fund forged a manufacturing agreement with China’s Hualan Biological Bacterin Inc., a subsidiary of vaccine manufacturer, Hualan Biological Engineering Inc., to manufacture 100 million doses of Russia’s Sputnik V vaccine for use in China. This amount of the vaccine will be sufficient to vaccinate over 50 million people. To date Sputnik V has been registered in 60 countries. Efficacy of the Sputnik V vaccine has been verified at 91.6%. Recent data though shows the vaccine demonstrated efficacy of 97.6%, based on the analysis of data on the infection rate of coronavirus among those in Russia vaccinated with both components of Sputnik V. The latest efficacy news was announced this week by the RDIF. According to the data from 3.8 million Russians vaccinated with both components of Sputnik V from December 5, 2020 to March 31, 2021, the infection rate starting from the 35th day from the date of the first injection was only 0.027%. At the same time, the incidence among the unvaccinated adult population was 1.1% for a comparable period starting from the 35th day after the launch of mass-scale vaccination in Russia, RDIF said.

Sartorius – U.K.-based Sartorius announced it will open a new, state-of-the-art manufacturing facility in the United Kingdom. The opening marks the official relocation of more than 90 employees to the new facility, which is located just a few miles away from the former site in Portsmouth, the company announced. The new facility is a 58,000-square-foot site that includes to a 28,000-square-foot production area and a 4,000-square-foot customer test lab to demonstrate the functionality of Sartorius equipment.

Adaptate Biotherapeutics – U.K.-based Adaptate, which is focused on developing antibody-based therapeutics for modulation of gamma delta T cells, announced existing investors Abingworth and Takeda Pharmaceutical Company Limited made a further equity investment of $18 million. This funding brings the total raised since Adaptate’s inception in 2019 to $34 million. The funds will be used to accelerate progression of Adaptate’s lead therapeutic antibody program toward the clinic and to expand its internal product pipeline. The company’s growing portfolio includes both monoclonal and bispecific antibodies which target gamma delta T cells, a unique class of lymphocytes that bridge innate and adaptive immunity. The financing will also support the company’s expansion, including further recruitment and increased laboratory and office space.

Steba Biotech – Luxembourg-based Steba Biotech treated the first patient in its pivotal Phase III study of Padeliporfin ImPACT for the treatment of Low Grade Upper Tract Urothelial Cancer (UTUC). Patients will be treated with Padeliporfin ImPACT in two phases, induction treatment and maintenance treatment, and will be followed up for 1-5 years post treatment. The primary efficacy endpoint is the absence of UTUC tumors in the entire ipsilateral calyces’ renal pelvis and ureter which will be evaluated endoscopically and determined as either failure or success in achieving complete response. Study data is expected in 2022 and submission is expected in 2023, the company said.

Avacta Group – U.K.-based Avacta Group announced positive clinical data from the validation study of its AffiDX SARS-CoV-2 antigen lateral flow test. Study data demonstrated “excellent performance in identifying the SARS-CoV-2 virus across a broad range of viral loads,” the company said. These data will be combined with stability and other performance data from ongoing studies to finalize the technical file for CE marking the AffiDX SARS-CoV-2 antigen lateral flow test for use in Europe. The study tested 98 positive samples. Avacta’s rapid antigen test identified 96/98 of these correctly as positive with a 20 minutes read time resulting in a clinical sensitivity of 98.0% for samples within this broad range down to low viral loads. Out of a total of 102 negative samples tested with the lateral flow device, the test correctly identified 101 as negative, giving a clinical specificity of 99%.

Vivasure Medical – Based in Ireland, Vivasure Medical announced it enrolled the first patient in the FRONTIER V study assessing PerQsea+, the next generation of the company’s PerQseal device. The PerQseal device, which is currently available in Europe, is the first sutureless, fully absorbable synthetic implant for large-bore vessel punctures. PerQseal is currently authorized for use in novel transcatheter endovascular procedures, including transcatheter aortic valve replacement, thoracic endovascular aneurysm repair, and endovascular abdominal aneurysm repair that require large-bore vessel access. The enhanced PerQseal+ device is intended to provide physicians with an even more robust solution for managing challenges and bleeding complications associated with large-bore closure.