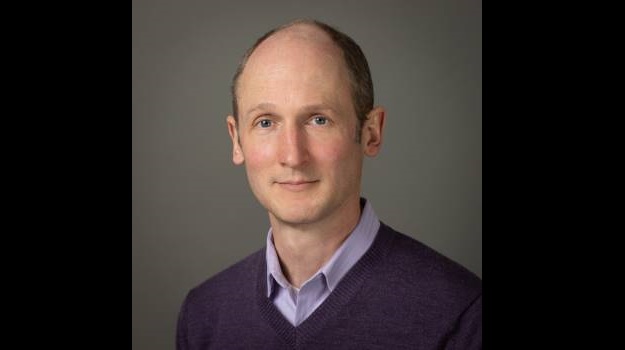 Aria Pharmaceuticals is using a unique computational approach to drug development that has increased its success rate by 30-fold when compared to traditional approaches. This improvement was instrumental in developing the 18-compound pipeline at this preclinical stage, small molecule company.

“The 30-fold figure is based upon comparing in vivo milestones in animal efficacy studies,” Aria CEO Andrew A. Radin told BioSpace. “Using traditional approaches, companies typically test 100 molecules and expect one or two to show disease-modifying signals. With our approach, we see three in ten.” This is a notable improvement, particularly given Aria’s focus on developing treatments for complex and difficult-to-treat diseases in which the underlying biology isn’t well understood. “It saves years in drug development.”

Radin explained the process in a presentation at Biotech Showcase in early January. “We don’t source new understanding from the literature. Instead, we use computational modeling to drive new insights.” More specifically, “We identify chemistry that is coupled with a new theory as to why that chemistry should be safe and efficacious but, more importantly, we create and interrogate multiple disease hypotheses simultaneously, rather than just one at a time.”

As an example, Radin walked the audience through the process used to discover TXR-711, Aria’s lead compound to treat systemic lupus erythematosus (lupus).

The first two steps are computer-intensive. To begin, Aria’s artificial intelligence (AI) engine combines data from approximately 25 data sources, 65 methods and a more than 2 million molecule chemistry library to identify key biological features of the disease and map them to molecules with known chemistry. The AI engine identifies those with the highest predicted efficacy based upon building an in silico model of the disease.

That model incorporates gene expression, microRNA expression, protein expression, clinical and phenotypical data and other elements, including the U.S. Food and Drug Administration (FDA)’s pharmacovigilance data on marketed drugs. For lupus, about 3,000 compounds were identified.

“Next, we screen those hits, looking for novel mechanisms of action, safety profiles and absorption, distribution, metabolism and elimination (ADME),” Radin said. That reduced the compounds to 80.

At this point, human insights become important. A Ph.D.-led deep dive assesses the relevance and safety associated with the identified mechanisms of action and the likely intellectual property path. “We selected nine molecules with different mechanisms of action to take into our preclinical efficacy model,” Radin said. “The preclinical models are industry-standard and typically represent a severe form of the disease, which sets a high efficacy bar. This allows for rapid, efficient screening of our hits.”

Those three steps – from the very beginning to the selection of mechanisms for preclinical models – take about four weeks, he said. The next step, preclinical assessment, is the longest, as Aria works with contract research organizations to test the diverse mechanisms of action and in vivo efficacy.

“The entire process, from AI-based discovery through preclinical testing took about 12 weeks,” Radin said. “That’s a huge improvement over the traditional process, which can take years.”

Preclinical results in animal models showed TXR-711 significantly improved kidney function and reduced inflammation, and that its efficacy is comparable to cyclophosphamide – which is used to treat severe flare-ups – but without the severe side effects associated with that drug.

Many biopharma companies use AI. What makes Aria’s use of AI unique is how that tool is used. “Others are looking at orthogonal data sets, but they are looking at them independently and then looking for overlapping evidence,” Radin explained. “We combine those data sets into a single unit and thus uncover hidden associations. That’s the genesis of our unusually high hit rates. Our approach is very data-driven, focused around unmet needs, standard of care comparisons, competition in the space and other factors.”

Also, “Unlike the traditional approach, our chemistry IP is generated later in the timeline, and therefore is at lower risk,” Radin noted.

Because of the efficiencies conferred by Aria’s approach, “We launch a new program approximately once per month. About once per quarter, we will kill a program in our portfolio.”

Of the 12 programs in preclinical studies, the most advanced are for lupus, idiopathic pulmonary fibrosis, non-alcoholic steatohepatitis (NASH) and chronic kidney disease.

Data from its chronic kidney disease (TXR-1208 and TXR-1210) studies show a significant decrease of kidney fibrosis and inflammation compared to TGFbeta mAb.

In the past two years, working largely under the radar, Aria has expanded its pipeline into 18 programs, filed two provisional patents (for lupus), and reported positive preclinical safety and efficacy data across 4 therapeutic areas – all on a lean $15 million budget. The company expects to begin IND-enabling studies in 2022.

Looking forward, Aria’s ongoing objective is to advance its compounds toward the clinic. This includes generating more preclinical data to support and de-risk further development. At the same time, Aria will continue to expand its pipeline with the goal of having two dozen compounds in development by year’s end.