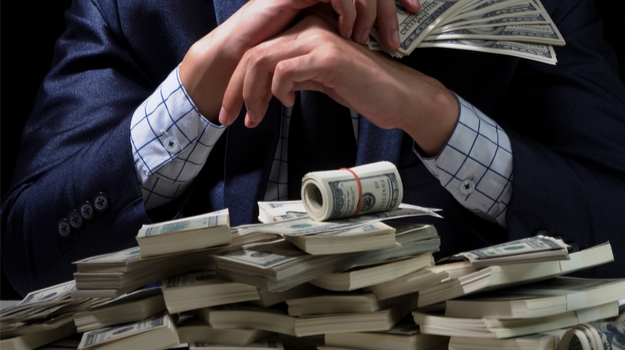 Both companies focus on a part of the human immune system called the complement system. Alexion is a rare disease company with four drugs on the market, Ultomiris, Soliris, Strensiq and Kanuma, for rare or ultra-rare diseases. In June, the U.S. Food and Drug Administration (FDA) gave Alexion Pharmaceuticals a thumbs-up for Soliris (eculizumab) to treat neuromyelitis optica spectrum disorder (NMOSD) in adults that express a specific biomarker.

NMOSD is a rare disorder that attacks the central nervous system. Basically, the immune system attacks healthy cells and proteins in the body, usually in the optic nerves and spinal cord. About half of patients with NMOSD have permanent vision problems and paralysis. The disease affects about 4,000 to 8,000 people in the U.S.

Factor D is a critical control point in the alternative pathway (AP) of the complement system. The company’s complement platform inhibits the AP and has the potential to be used to develop drugs for immune-related diseases where complement AP plays a major role.

PNH is a chronic and life-threatening ultra-rare blood disorder caused by destruction of red blood cells. C3G is an ultra-rare kidney disease with no approved treatments. It is marked by deposits of C3 protein fragments in the glomeruli of the kidney caused by overactivation of the complement AP. The disease results in permanent kidney damage and kidney failure.

The deal is for about $930 million, or $6.30 per share of Achillion common stock. Alexion is also acquiring the cash on Achillion’s balance sheet, which is about $230 million as of September 30. There may also be non-tradeable contingent value rights (CVRs) paid to Achillion shareholders. CVRs aren’t quite the same as milestone payments, although they are similar. In this case, the CVRs are $1 per share for the FDA approval of danicopan and $1 per share for the initiation of a Phase III trial for ACH-5228.

The deal is expected to close in the first half of 2020.

“Alexion has demonstrated the transformative impact that inhibiting C5 can have on multiple rare and devastating diseases,” said Ludwig Hantson, Alexion’s chief executive officer. “However, we believe this is just the beginning of what’s possible with complement inhibition. Targeting a different part of the complement system—the alternative pathway—by inhibiting Factor D production addresses uncontrolled complement activation further upstream in the complement cascade, and importantly, leaves the rest of the complement system intact, which is critical in maintaining the body’s ability to fight infection.”

Hantson added, “We believe this approach has the opportunity to help patients with diseases not currently addressed through C5 inhibition. We look forward to applying our nearly three decades of complement and development expertise to unlock the potential of oral Factor D inhibitors and bring these benefits to patients.”