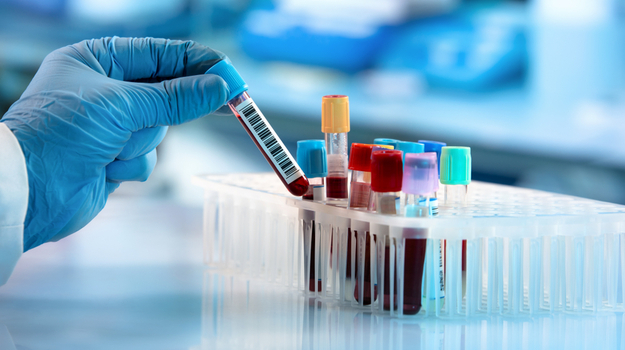 One problem facing researchers in Alzheimer’s disease is the lack of really good diagnostic tests. Earlier this year, Bill Gates, Jeff Bezos and MacKenzie Bezos teamed to donate over $20 million to the Diagnostics Accelerator, part of the Alzheimer's Drug Discovery Foundation (ADDF). The Diagnostics Accelerator’s mission is to develop an easy and affordable test for Alzheimer’s disease.

The research was attempting to answer two questions. “Can the plasma biomarker detect the early stages of amyloid-beta deposition?” Akinori Nakamura told BioSpace. “Nakamura led the research with colleagues of the National Center for Geriatrics and Gerontology in Obu, Japan. “And does the amyloid-beta biomarker correlate with disease progression markers?”

Nakamura and his team analyzed 201 samples, 70 from cognitively normal patients, 46 with mild cognitive impairment (MCI), 61 with Alzheimer’s, and 24 with non-Alzheimer’s dementia, from three different institutions in Japan.

The implications, Nakamura said, “are to evaluate the risk for Alzheimer’s disease.” However, he added, “To evaluate the disease progression, tau or neurodegeneration markers should be better.”

In order to do so, they will need to scale up the system, Nakamura said, and validate it.

In addition to that study, Filippo Baldacci, of the Department of Clinical and Experimental Medicine, University of Pisa, Italy, and colleagues, presented research on whether concentration of alpha-synuclein (alpha-syn) and tau in red blood cells could be used to tell the difference between Alzheimer’s patients and healthy individuals. Alpha-syn, amyloid-beta and tau are misfolded proteins that accumulate in the brains of Alzheimer’s patients, and some research shows that the way these three proteins interact may be markers for progression of the disease. Alpha-syn is a Lewy body marker.

“Our results showed that people with Alzheimer’s had much lower concentrations of alpha-synuclein and its combinations with amyloid and tau in their red blood cells, compared to healthy individuals,” Baldacci stated. “With further research and confirmation, this may prove to be a good tool to identify people with Alzheimer’s.”

They are working on tests to discriminate between Alzheimer’s, Lewy body dementia and Parkinson’s dementia.

“For the first time we have shown that NfL on its own is able to distinguish several neurodegenerative conditions when compared to healthy controls,” Hye stated. “These results hold promise for the use of NfL as a diagnostic tool and in clinical trials. Though, as previously seen in other studies, NfL is not specific for any condition, with validation it could be valuable as a relatively inexpensive and fast test for accumulating neurodegeneration in the brain.”

They also found that only 2% of healthy individuals in the control group had abnormal NfL levels.

“There is a great need for simple, reliable, inexpensive, non-invasive and easily available diagnostic tools for Alzheimer’s,” stated Maria C. Carrillo, the Alzheimer’s Association chief science officer. “Families facing Alzheimer’s now and in the future would benefit greatly from simple and widely accessible diagnostic tools that enable accurate diagnosis, earlier in the disease process, allowing for important care and planning. These new testing technologies, which are currently under development by industry and academic researchers, could also potentially be used to track the impact of therapies in clinical trials.”