Veritas Genetics Lays Off 50, Ceases US Operations in Light of Weak Investments 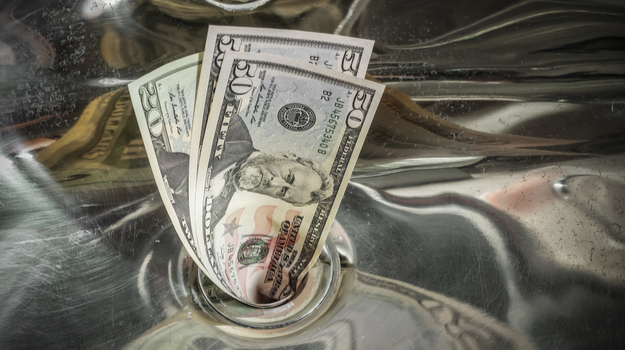 Veritas Genetics was offering whole-genome sequencing for about $600, going head-to-head with companies like 23andMe and Ancestry.com. Earlier this week there were reports the company laid off 50 staffers and now they’ve announced they are ending operations in the U.S.

“Due to an unexpected adverse financial situation, we are being forced to suspend our operations in the U.S. for the time being,” the company wrote in an email to customers. “We are currently assessing all paths forward, including strategic options.”

A spokesperson for the company told CNBC that this temporarily affects U.S. operations only, but outside the U.S., customers will be served by Veritas Europe and Latin America.

Since its launch in 2015, the company raised $50 million in financing. Its investors included Simcere Pharmaceutical and Lilly Asia Ventures. In April 2018, Veritas partnered with Genomenon to develop the next-generation literature prioritization engine as a way to ensure proper genetic variant classification. Veritas was going to integrate Genomenon’s Mastermind software. And in January 2018, Veritas entered into an agreement with the Mayo Clinic to make whole-genome sequencing more widely available to healthy individuals.

CNBC suggests that investors grew nervous at potential oversight from the Committee on Foreign Investment in the United States (CFIUS). In April, apparently as part of the Trump Administration’s trade war with China, CFIUS forced PatientsLikeMe, whose majority owner, iCarbonX, is a Chinese company, to divest its stake. CFIUS has been aggressively going after Chinese investments in U.S. companies, particularly in areas of national security or trade secrets.

The report suggests that these efforts could make Chinese investors particularly skittish from participating in U.S. startups. In the two years since the Trump administration’s activities toward China, direct Chinese investment in the U.S. plunged by 90% in two years, from $46 billion in 2016 to $4.8 billion in 2018, according to research company Rhodium Group.

The CFIUS statute was established during the George W. Bush administration and gave the president the authority to review and possibly block any merger that might result in a foreign person or company controlling a domestic business. Under the Trump Administration, the rule was expanded to review foreign investments and non-controlling stakes in addition to takeovers.

The bottom line for Veritas is that Chinese investors appeared to be giving the company a wide berth. CNBC cites an unidentified source in the company who said Veritas has been in talks with potential buyers in the last few months.

23andMe doesn’t offer whole-genome sequencing, although there is speculation it wants to provide the service. Mostly 23andMe and Ancestry.com sell consumer-based tests for people interested in ancestry and wellness traits. Veritas has tried to differentiate itself from the consumer-oriented genetic testing companies by indicating it provides potentially actionable healthcare-related data.

The other companies in the space are reporting sales have slowed. Some of this may be related to concerns over privacy. However, Veritas reported that sales of its tests had been rising since it dropped its price from $999 to $599 on July 1.

“I’ve said Whole Genome Sequencing will replace all other genetic tests because it is all genetic tests and much more,” said George Church, co-founder of Veritas at the time. “Now, we’re closer to realizing that seismic shift.”

But not, apparently, if it can’t find some investors for its U.S. operations.