Umoja’s Unified Approach to Exceeding the Limitations of Cell Therapy 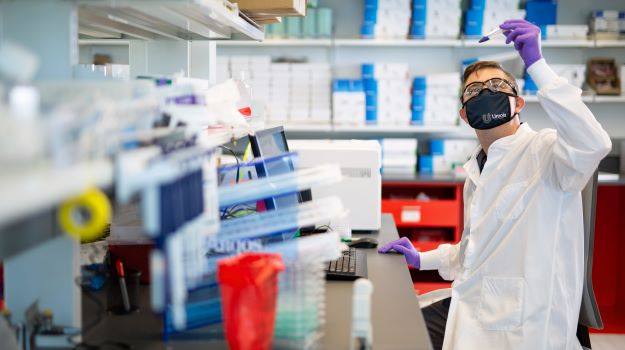 Cell therapy is coming into its own as an effective therapeutic avenue for cancer. Into that fray in November 2019 launched Umoja Biopharma, whose unique immunotherapy approach aims to re-engineer a patient’s own immune system in vivo to attack and destroy hematologic and solid organ-based tumors.

This novel approach and $263 million in Series A and B financing accrued to date were enough to catapult the Seattle-based company to the number two spot in BioSpace’s NextGen Bio “Class of 2022”. Intrigued, we sat down with Umoja Co-founder and CEO Andy Scharenberg, M.D., to find out more. 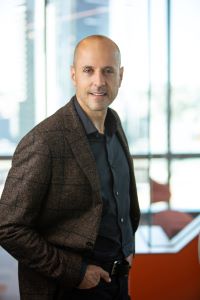 Named after the Swahili word for “unity”, this is the principle that embodies Umoja’s approach: bring together the right people and the right technology to do something really transformative. The technology Scharenberg references consists of three platforms: VivoVec, TumorTag and RACR/CAR.

The Perils of Lymphodepletion

However, “Current autologous CAR T-cell therapies are not monotherapies. These are not single agent activity…It is driven by the combination of the lymphodepletion, which is two significant systemic cytotoxic chemotherapy drugs that are used independently to treat cancer, followed by CAR T-cells,” Scharenberg explained. The idea here is that lymphodepletion essentially frees up cytokines that then support the autologous CAR T-cell.

Scharenberg explained the perils of lymphodepletion to the patient’s long-term well-being.

“Lymphodepletion is really a problem. People don't realize, you're throwing away perfectly good lymphocyte specificities. Those are T-cells that could recognize the tumor, that might recognize infections and may actually be an important part of how well a patient does over the long term. Those are being eradicated by lymphodepletion,” he said. While a challenge with hematological malignancies, Scharenberg noted that it’s an even bigger problem when it comes to solid tumors where “broad, polyclonal responses” are required.

Umoja has a different vision, one that does not involve lymphodepletion.

“We're not proposing to give cytotoxic chemotherapy. We're trying to ignite basically a CAR-driven anti-tumor immune response within the patient,” Scharenberg explained. The first step is to get the CAR into the patient’s T-cells, and that is where VivoVec comes in. VivoVec acts in vivo through the lymphatic system to generate a population of CAR T-cells which are then re-tooled with Umoja’s RACR/CAR system which delivers interleukin (IL-2 and IL 15) signals directly to the transduced cells to enhance their survival, expansion and effector functions.

“The RACR system replaces lymphodepletion,” Scharenberg said. RACR is a cytokine receptor that is activated by an FDA-approved small molecule called Rapamycin. “You need a cytokine signal to allow those cells to survive and expand. When we administer Rapamycin, it actually activates that receptor…and promotes the expansion and survival,” he explained. And a therapeutic population of T cells is now in place.

“Basically, we’re planning to exploit the CAR mechanism of action, but we’re eliminating the logistics of delivery,” Scharenberg said.

TumorTag: Breaking Through in Solid Tumors

This strategy pertains to hematologic malignancies. Solid tumors, however, are a whole different ballgame. Here, single-specificity CARs haven’t had much luck in breaking through.

“Generally, [solid tumors] are antigenically heterogeneous, and they also build a little home for themselves to protect themselves from immune attack. Effectively, once you have developed a solid tumor, that solid tumor has figured out a way to neutralize immunologic attack and survive in your body,” Scharenberg said.

This is where TumorTag, which binds to cancer cells and “tags” them as targets for CAR T-cells, comes in. The technology enables combinatorial targeting of both tumor cells and stromal elements that tumors use to hide from the body’s native anti-tumor defenses.

“The CAR T cells are blind, but when a TumorTag (small molecule adapter) is in place, it then allows the CAR T cell to see the tumor through that adapter, and that adapter binds to a target on the tumor and kind of decorates it with a universal tag that our CAR is able to bind and recognize,” Scharenberg explained. Normally, when T cells recognize a tumor, it’s because the tumor displays a peptide that a T cell can see. “We've just replaced that with a small molecule that our CARs can see.”

Another way Umoja aims to combat solid tumors is by delivering, igniting and activating an immune response in a lymph node that is associated with that tumor. “In those lymph nodes, that's where tumor-reactive T cells go,” Scharenberg said. “The VivoVec particles have their own drug mechanism of action, binding to and activating cells. So, if we deliver them to a lymph node that is full of T cells that recognize the tumor, their first mechanism of action is to basically wake those T cells up. Then, at the same time, a gene is delivered to those T cells to make them work more aggressively.”

So, not only can the CAR recognize the tumor, but it can also co-stimulate the T cell receptor. “It gives us a way to generate a polyclonal response against the tumor.” 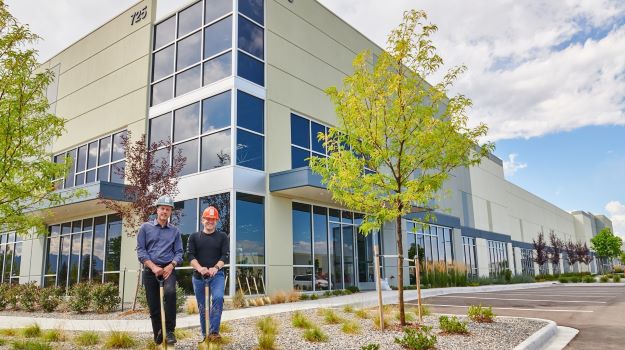 Both the RACR and TumorTag platforms are cell type agnostic, meaning that any cell type can be generated in the patient. This will be effective for patients with strong immune systems, Scharenberg said. For those later-stage patients whose immune systems have been battered by systemic chemotherapy, Umoja is building another platform to make IPS-derived immune cells that can also leverage the RACR and TumorTag technology.

“It will give us two ways to deliver therapeutic cells, one in vivo, one off-the-shelf cell. The vision is to be able to provide transformative therapies to any/all patients,” Scharenberg said.

He noted that another advantage of both the RACR and TumorTag systems is their reliance on small molecules.

“Small molecules penetrate much more effectively than antibodies do. Because the RACR is activated by a small molecule, our T cells will receive that small molecule RACR activation signal wherever they are in the tumor,” he explained, adding that because they can be administrated in high quantities, they “will deeply penetrate the tumor in short periods of time.” The small molecule strategy is also safer, he pointed out, because if problems arise, drug administration can simply be stopped.

Umoja’s pipeline consists of three main programs. Scharenberg called the first, UB-VV100, which consists of in vivo engineered CD-19-targeted T cells leveraging the VivoVec and RACR/CAR platforms, “our initial proof of concept and technology which will be applied to CD19+ hematologic malignancies”.

In May, at the American Society of Gene and Cell Therapy (ASGCT) annual meeting, Umoja presented data showing that UB-VV100 demonstrated a favorable safety and biodistribution profile. In this preclinical study which looked at integrating a gene into the genome of the target cell population, Umoja saw distribution in immune cells and essentially no detectable gene delivery outside of that, Scharenberg said. The company anticipates being in the clinic with this program in 2023.

Of UB-VV200, Scharenberg said, “This is a very differentiated therapeutic as it can be applied with a lymph node route of administration that we believe will allow it to capture endogenous TCR specificities and thus serve as in vivo analog of TIL therapies.

The third product, IC200, “will be our first-in-human application of IPS-derived cytolytic innate lymphocytes,” he said, adding, “We believe we have made very significant advances in generating cytolytic innate lymphocytes at massive scale and are very excited about the potential of this platform.” Umoja plans to share more details regarding this platform later this year and early in 2023.

As good as Scharenberg is at explaining the technology behind Umoja’s science, these are incredibly complex biologics, and he noted that there “just isn’t industrial experience” in this space.

“We think you have to have the ability to control your manufacturing facility and teams – bring these functions in-house,” he said. So Umoja is building its own manufacturing facility in Louisville, Colorado. The construction officially broke ground in August 2021 and Scharenberg expects the site to be operational near the end of this year or the beginning of 2023.

This isn’t to say that partnerships aren’t a big part of the company’s strategy.

On May 23, in an effort to provide route of administration options for patients, Umoja linked up with Lupagen, Inc. to evaluate the latter’s extracorpeal in vivo gene therapy as a potential delivery method for the VivoVec particles.

Scharenberg said Lupagen’s Side CAR-T technology “has the potential to provide much better control on particle/immune cell contact, and might be particularly valuable in patients who have low numbers of circulating immune cells, as well as in conserving valuable drug product.”

And on June 10, the company teamed up with TreeFrog Therapeutics to integrate the France-based biotech’s unique encapsulated stem cell expansion technology with a new technology Umoja has developed called “SyntHetic Receptor Enabled Differentiation”, or SHREDing. Umoja hopes the alliance will result in controlled, efficient iPSC expansion and differentiation into immune cells, with improved yields and quality. Scharenberg said this alliance is intended to allow Umoja to scale its processes to reduce cost and improve access to its eventual therapies.

Cost and access are buzz words in cell and gene therapy and for good reason. Cell therapy can cost up to $8,500 or more for a single treatment and is often considered a “first-world luxury”. Gene therapies are even more costly, but the potentially curative nature of these therapies could prove worthy of the investment. Making this case, ICER recently declared bluebird bio’s $2.1 million therapy cost-effective. Still, any process improvements that could bring costs down would go a long way toward eventual reimbursement.

Summing up his company’s ethos, Scharenberg said, “Individual incremental improvements haven't really been able to raise the bar. If you have CAR T cells that only see one antigen, you're not going to treat a solid tumor. You have to have CAR T cells that treat more than one. The thesis of the company was that you’ve got to bring it together in a step change.”

Novel, unified approaches like Umoja’s are important partly due to the recent success of biotech, he said, because “the bar is higher than it used to be. It's a lot harder now to create something that's really impactful.”