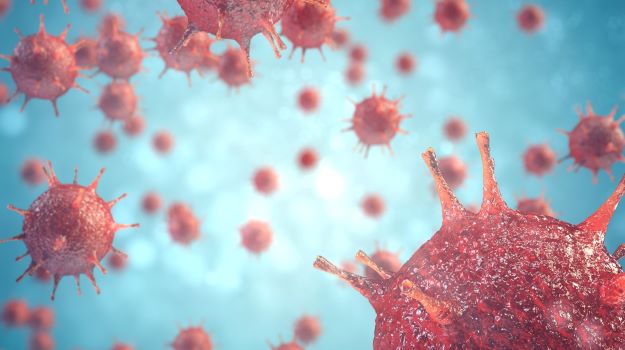 Researchers from UCLA believe they may have a possible new approach to treating, and potentially eradicating HIV. The method involves the targeting of infected cells that could remain dormant within the body.

The new strategy, which was outlined in an article published this week in Nature Communications, explains that this early HIV approach uses cells naturally produced by the body’s immune system to attack those dormant cells. Dr. Jocelyn Kim, an assistant professor of medicine in the division of infectious disease at the UCLA medical school, said the findings in mice models show proof-of-concept for this therapeutic strategy.

“The study opens a new paradigm for a possible HIV cure in the future, Kim said in a statement.

As the team explained, HIV-infected cells are able to elude the antiretroviral medications currently prescribed for patients infected with the virus. These elusive cells can lie dormant in CD4+ T cells. Those cells signal another T cell, CD8, to destroy the HIV-infected cells. The UCLA strategy is called “kick and kill," which follows the practice of trying to trick the dormant viral cells to reveal themselves through the introduction of an agent that “wakes them up” so they can be targeted and killed.

In a 2017 study initially conducted at UCLA, the research team provided HIV-infected mice with antiretroviral drugs. The team then administered a Stanford University-developed synthetic compound called SUW133 that was designed to activate the mice’s dormant HIV. Up to 25% of the previously dormant cells that began expressing HIV died within 24 hours, the UCLA team said.

Since that study was conducted, the team has been looking for greater results. For the latest study, they once again used SUW133 to bring the HIV-infected cells in mice out of hiding. Then, they injected healthy natural killer cells into the mice’s blood to kill the infected cells. The combination generated higher results. SUW133 and natural killer immune cells completely cleared the HIV in 40% of the HIV-infected mice, the team announced.

While that increase was significant, the UCLA team is after even better results. Kim and her team are looking for ways to refine the “kick and kill” approach to eliminate 100% of HIV from the infected mice models.

“We will also be moving this research toward preclinical studies in nonhuman primates with the ultimate goal of testing the same approach in humans,” Kim said in a statement.

Since it first emerged as a near death sentence for those infected, multiple treatments have emerged and HIV has now become something of a chronic condition. New experimental treatments are promising even greater possibilities for patients. In 2018, Dr. Robert Redfield, the former director of the U.S. Centers for Disease Control and Prevention, predicted the AIDS epidemic could be defeated within the next three to seven years.