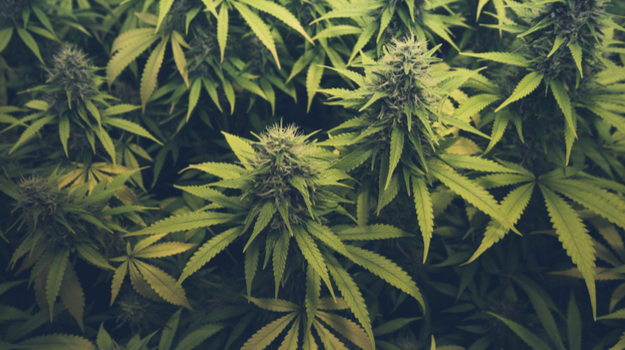 There has been quite a lot of big news coming out involving cannabis as of late, with much of this news being in regard to clinical trials and government approvals.

All of these clinical trials are helping to further our knowledge of cannabis’s potential medical benefits and safety as a medication, and they are opening the way for more research to be done down the line as well. While many of these studies are still only in the beginning phases, others are already starting to show positive results.

A two-year clinical trial on cannabidiol (CBD) oil in Nebraska has produced results showing that CBD can help treat the seizures caused by epilepsy.

The majority of the patients involved in the trial showed improvement with their epilepsy symptoms by taking CBD oil. All of the patients have a form of epilepsy that isn’t easily treated by normal methods, and so the results of this study show that CBD oil could potentially be a valuable treatment for more severe forms of epilepsy.

With that said, four of the patients did drop out of the trial because they began suffering from side effects such as sleepiness and lethargy. However, one of the researchers noted that the side effects could be improved by adjusting the dosage.

The medication that is being used for this clinical trial is Epidiolex, which is a solution containing CBD that was approved for medical use by the FDA back in June. This approval was specifically for the treatment of Lennox-Gastaut syndrome and Dravet syndrome, which are both severe forms of epilepsy that are often resistant to normal epilepsy medication.

Cannabis as a treatment for essential tremor

The specific medication being tested in this study is an oral solution that contains CBD along with a low dose of tetrahydrocannabinol (THC), which is the primary psychoactive substance found in cannabis.

Tilray, a Canadian cannabis company, has received DEA approval to begin importing the marijuana that will be required for this clinical trial. This is a monumental decision by the DEA as this makes Tilray the first company to export legal marijuana to the US. Because of this news, Tilray’s stock has risen by 29% and has many predicting a bubble for the marijuana industry.

A study being done in the United Kingdom has found that CBD oil may be effective in treating psychosis. This could prove to be an enormous discovery as a safe alternative to conventional antipsychotics has long been desired.

THC on its own is considered a risk factor for inducing psychosis. However, by its very nature, CBD counteracts the effects of THC and through this same mechanism, is able to help aid with psychosis.

According to the study’s findings, it only takes a single dose of CBD in order to decrease the amount of abnormal brain activity that causes the symptoms of psychosis, making it quick and easy to administer.

With the positive results from this study, the research team are now working towards starting a major clinical trial spanning multiple hospitals in order to research CBD’s effectiveness as an alternative to antipsychotics.

MMJ International also hopes to meet with the FDA soon to discuss the development of a new drug to treat these debilitating illnesses and to create a strategy for bringing this new medication to market faster.

Both Huntington’s disease and MS are neurodegenerative disorders that progress slowly and severely cripple those who suffer from them. Neither one currently has a known cure and there are few medications available to help treat them, making the outlook quite bleak.

In preliminary studies, CBD has shown to be neuroprotective, so the hope is that it may be able to help combat the degenerative effects of these disorders. If all goes well, then this could lead to a novel medication that will give some hope to those afflicted with Huntington’s disease and MS.