Terns is Flirting with Milestones in Challenging NASH Space 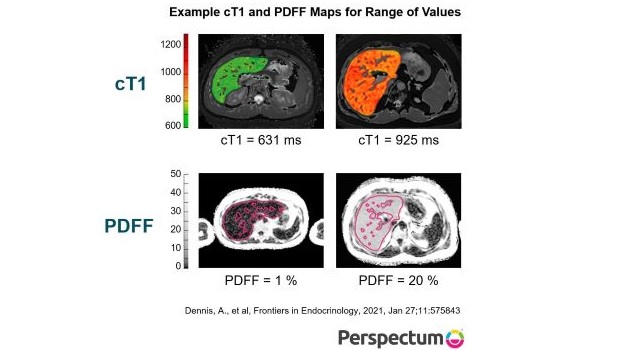 Today, treatment for non-alcoholic steatohepatitis (NASH), a severe form of fatty liver disease, consists mainly of lifestyle modification – specifically dieting and weight loss. There are no approved drugs that treat it directly, although many are in development.

“One of the key challenges is that multiple different pathways are at play,” Dr. Erin Quirk, M.D., president, CMO and head of R&D at Terns Pharmaceuticals told BioSpace. Inflammation, fibrosis creation and metabolic state of the patient, such as insulin resistance and abnormal signaling between tissues outside the liver, are all factors. “You can’t target one element and make a significant impact. We believe it takes multiple approaches to move the needle.”

Terns is developing a pipeline of single-agent and complementary small molecule therapeutics to address this challenge. TERN-501 is the latest to enter clinical development. It is a thyroid hormone receptor beta (THR-β) agonist that appears to significantly increase levels of sex hormone-binding globulin (SHBG), an important pharmacodynamic marker of THR-β engagement that is linked to NASH histologic efficacy.

TERN-501 could be important in NASH treatment because THR-β agonists can reverse steatosis – the accumulation of excess fat in the liver. “By targeting the beta ISA isoform of the thyroid hormone receptor, which is expressed in the liver, TERN-501 activates fat metabolism locally through upregulation of mitochondrial oxidation to remove fat from the liver. THR- β agonism also likely tones down liver inflammation,” Quirk said.

Those improvements seen early on now show signs of being replicated in humans. Results from the recently-completed Phase I clinical trial showed a significant dose-dependent effect of TERN-501 on SHBG. At a 10 mg dosage, TERN-501 resulted in a mean 166% change from baseline in SHBG levels at day 15. The same study showed LDL cholesterol levels dropped a mean of 21%, and the 6 mg dose group achieved a maximum 28% decrease in LDL cholesterol versus an 8% decrease for the placebo group. Meanwhile, mean levels of triglycerides dropped 36% and apolipoprotein-B dropped 28% from baseline at a 10 mg dosage.

Additionally, Quirk added, “The TERN-501 safety profile – to date – is similar to that of placebo,” with no clinically meaningful differences in adverse events or safety laboratories. The drug is highly selective for THR-β. Company literature notes that TERN-501 is “23-fold more selective for THR-β than for THR-α activation in a cell-free assay,” thereby minimizing the risk of cardiotoxicity and other side effects.

Once-daily dosing is supported, and results suggest that TERN-501 eventually could be co-formulated with other small molecule NASH therapeutics, simplifying a daily drug regimen. The drug received Fast Track designation for NASH from the U.S. Food & Drug Administration this past summer.

Because Terns plans a multifactorial approach to NASH treatment, the Phase I study included a drug-drug interaction element in which TERN-501 was co-administered with TERN-101. “TERN-501 potentially addresses liver fat, while TERN-101 is a farnesoid X receptor (FXR) agonist, which may decrease liver scarring and inflammation,” Quirk noted. The results of this portion of the study showed a low potential for drug-to-drug interactions with these two compounds, suggesting their possible use as a combination therapy.

In a separate study, the controlled, 12-week, 100-person Phase IIa LIFT trial showed that TERN-101 began to reverse fibroinflammation and also had a good tolerability profile. In that study, mean corrected T1 (cT1) – a marker of liver inflammation and fibrosis – values showed a decrease of at least 80 milliseconds from baseline in a higher proportion of patients treated with TERN-101 than those treated with placebo. Those decreases indicate significant improvements in fibro-inflammation after treatment with TERN-101. This was the first FXR agonist trial to demonstrate zero discontinuations because of adverse events.

A Phase II combination trial of TERN-501 and TERN-101 is expected to begin in the first half of 2022. The company plans to study each of the two drugs alone and in combination.

“This is a potentially important study,” Quirk said. “It will be the first drug combination Terns will assess, and is likely to be the first time that THR-β and FXR agonists are co-administered to NASH patients. We want to reduce both liver fat and fibroinflammation, so if we can demonstrate a regimen has large effects on cT1 and MRI-PDFF, we may have a chance to see improvements in liver biopsies and in clinical outcomes for patients.”

If such an outcome occurs, it will be a major milestone for treatment advances and for Terns in particular. Quirk observed, “There are few examples of any drug or combination where a high proportion of patients have met those endpoints – resolution of NASH and improvement of fibrosis.”