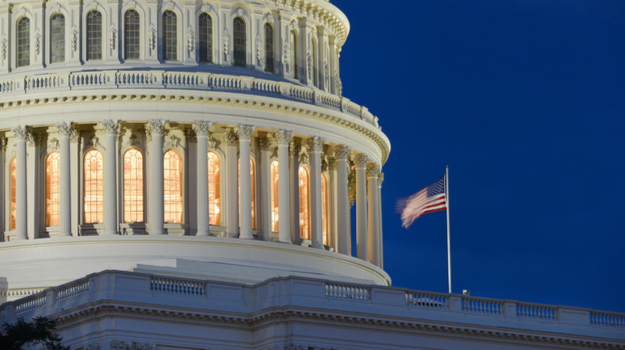 A bill to encourage the manufacture of active pharmaceutical ingredients in America was introduced in the U.S. Senate Tuesday by Senators Marsha Blackburn (R- TN) and Bob Menendez (D- NJ). It was read and referred to the Committee on Health, Education, Labor, and Pensions.

The “Securing America’s Medicine Cabinet Act” (SAM-C), S. 3432, expands the FDA’s Emerging Technology Program and authorizes $100 million to develop centers of excellence for advanced pharmaceutical manufacturing to help not only develop, but manufacture, therapeutics in the U.S.

A statement from Sen. Menendez’s office says the bill will encourage pharmaceutical innovations similar to those in the automotive, aerospace and semiconductor industries and “bring drug manufacturing back to the United States, where ingredients and processes can be more easily verified.”

The centers of excellence in advanced pharmaceutical manufacturing will consist of public-private partnerships to develop manufacturing innovations and to train the workforce.

The bill, if passed, would also create an advanced manufacturing technologies unit within the FDA to prioritize issues related to national security and critical drug shortages as well as bring pharmaceutical manufacturing jobs to the United States.

Speaking on the Senate floor Thursday, Sen. Blackburn elaborated on the need for the Act. “Pharmaceuticals…are usually manufactured in pieces – active ingredients in one place and inactive ingredients in another. Currently, only 28% of the facilities producing active pharmaceutical ingredients (APIs) are in the United States. This means American consumers rely heavily on foreign-sourced drugs.”

Since 2010, she went on to say, the number of Chinese facilities producing APIs has more than doubled. “While the U.S. is a world leader in drug development, we are falling behind in drug manufacturing. The cessation of American manufacturing of APIs is a key health and security concern because it created vulnerabilities in the U.S. supply chain.”

Such concern is not new. Benjamin Shobert, founder and managing director, Rubicon Strategy Group and senior associate of the National Bureau of Asian Research, outlined similar concerns during his 2017 testimony before the U.S.-China Economic and Security Review Commission. Focusing specifically on threats to American businesses and consumers, he cited, among multiple risks, those related to “transparency as to where APIs are manufactured in China, and robust regulatory mechanisms…to ensure that quality, safety, and efficacy standards are upheld.”

More recently, in its November 2019 Annual Report to Congress, the U.S.-China Economic Security Review Commission enumerated serious concerns associated with outsourcing pharmaceutical manufacturing to China. Quality was a key issue. It recommended that Congress direct the FDA to compile a list of “all brand name and generic drugs and APIs that are not produced in the U.S., are deemed critical to the health and safety of the U.S. consumers, and are exclusively produced or utilize APIs and ingredients produced in China.”

The more immediate issue, however, is simply availability. The FDA reports some than two dozen drugs are in short supply for various conditions.

China is not the root of the problem, although many of its factories halted operations as that nation coped with the coronavirus outbreak. This resulted in a shortage, announced by the FDA February 28 and cited by Sen. Blackburn in Congress Thursday, of one drug manufactured in China and used to treat patients with coronavirus.

India, another leading API manufacturer, halted the export of 26 ingredients commonly used in pharmaceuticals. These situations merely highlighted a vulnerability in America’s drug supply chain that has been discussed, but rarely acted upon.

The root of the problem isn’t India or China, however. The problem is closer to home, and is common among many industries.

The pharmaceutical industry is truly global, embracing opportunities from R&D to manufacturing, in markets throughout the world. It has seen wonderful innovations as a result. But, by outsourcing such a high percentage of its manufacturing, and directing that outsourcing to – largely – one region, the industry became vulnerable to calamities that affect that region, including, currently, pandemic.

The text of SAM-C is being summarized, prior to publication by the Government Publishing Office. When it is released, it can expect widespread scrutiny. BIO, among others, its text. Based upon early reports of its contents, however, it may be viewed favorably. “I think we would support it, in light of the current coronavirus outbreak,” Andrew Segerman, director of communications for health, BIO, hypothesizes.