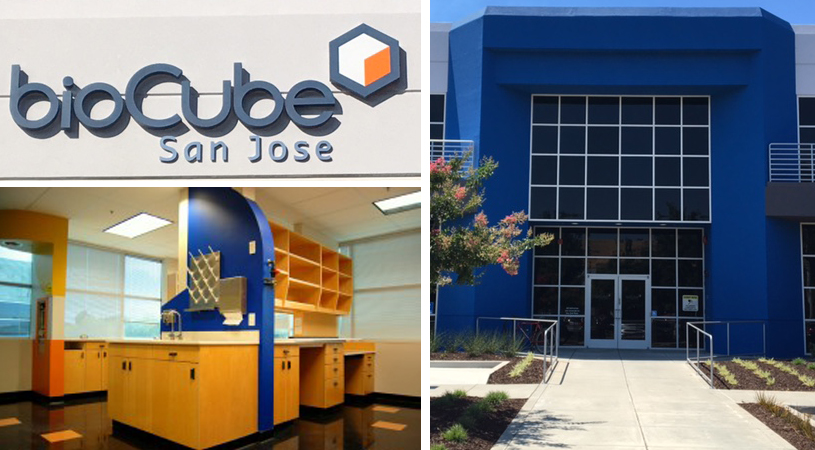 SAN JOSE, Calif. – Spurred by the collapse of the dot com bubble nearly two decades ago, the San Jose city officials pivoted to cultivating new businesses for the community—biotech. It was through their vision, plus a lot of hard work from stakeholders, that the San Jose BioCube was born and now thrives as a top startup incubator in the western United States.

Saam Farahmand, marketing director for San Jose BioCube, said the San Jose city officials who initially supported the BioCube had hopes of luring, or benefitting from the nearby biotech hub in San Francisco, which is only about an hour’s drive. In its early years, things went well. However, rocky times were ahead for the incubator, particularly around 2008 when the economy came crashing down. A few years later, in 2012, the Redevelopment Agency of San Jose was dissolved. The city was forced to step away from the project, which lost its funding. But it was able to survive then thrive from private sector support.

From 2012 to 2013, things were tight at the BioCube, with only about 58 percent occupancy, but things began to turn around by late 2013. Farahmand said companies began to again express interest in the facility and by the end of 2014, the site went from half to full occupancy.

“We started obtaining a huge waiting list and have since been able to maintain the same level of occupancy,” Farahmand told BioSpace in an exclusive interview.

“We have all the tools necessary for startups to get started in the industry and help them grow,” Farahmand said.

Some of the companies currently working out of the BioCube include BioMarker Pharmaceuticals, a company focused on delaying the onset of age-related diseases; Miodx, an early stage diagnostics company focused on developing and commercializing proprietary genomic tests and services to improve the diagnosis, prognosis and response to treatment in oncology, infectious disease, and other metabolic disorders; and Oxford BioTherapeutics, a company focused on the development of targeted antibody-based medicines for oncology.

Although the San Jose BioCube has space for 25 companies, there are currently 21 companies using the facility. Farahmand said a couple of the startups have actually expanded and have taken over extra square footage at the site. Three of the client companies using space at the incubator have staff sizes of more than 30, he said.

“Eventually you need to graduate and move on,” Farahmand said.

And that’s precisely what some of the facility’s first occupants have done. Several of the BioCube’s earlier companies have graduated to obtain the necessary space to continue operations. Since 2012, the incubator has graduated 20 companies. One of those companies was Ariosa Diagnostics, which rapidly outgrew the space of the incubator. Within three years of its founding, Ariosa left the incubator and took over unused space in the same building. That company continued to grow and doubled its physical footprint until 2014, when it was acquired by Roche , Farahmand said. Ariosa continues to operate near the BioCube, but in a space nearly twice as big.

In fact, things have gone so well for the San Jose BioCube, the company is looking at a potential expansion, Farahmand said. Several of the companies that use space in the incubator have urged San Jose BioCube to secure more space in order to support their own expansion plans, Farahmand said. Those companies need an additional combined 30,000 square feet and rather than take over their own space, the companies have been hoping to remain under the umbrella of the BioCube. Any expansion the BioCube undertakes will be in San Jose to remain true to the idea of creating a new biotech hub outside of San Francisco. “We want to create a biotech hub for the city that can compete with San Francisco. We’re looking to expand an incubator model and expand the legacy of the city,” Farahmand said.