Psychedelics Make a Comeback as Therapies for Brain Injury, PTSD, Anxiety and Even Addiction 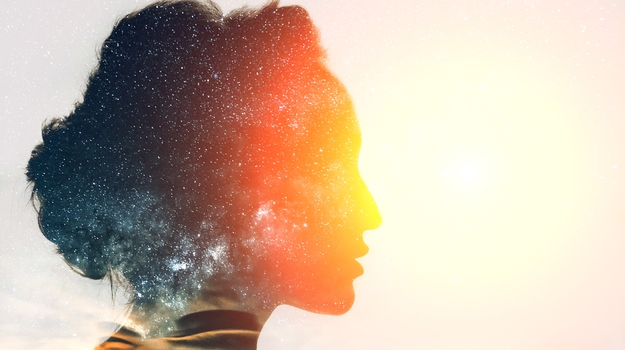 PSYC, a new company formed by the holding company Global Trac Solutions Inc., is one of a handful of young companies and respected universities and research centers that are exploring the therapeutic potential of psychedelic drugs.

On Tuesday, PSYC announced its intent to develop a company focused on psychedelic medicine. The launch is intended for May 2020.

The interest in psychedelic medicine – particularly psilocybin, a pro-drug derived from some 200 varieties of the so-called magic mushrooms – stems from multiple factors. Notably, decades of research into psilocybin by reputable universities suggests it may offer therapeutic benefits for patients diagnosed with traumatic brain injury, depression, anxiety, PTSD and similar conditions.

For example, in 2019, the Johns Hopkins School of Medicine opened the Center for Psychedelic and Consciousness Research in Baltimore. It is studying psilocybin as a treatment for Alzheimer’s disease, PTSD, smoking, anorexia and depression. Studies also are planned for opioid addiction and post-treatment of Lyme disease.

“Our scientists have shown that psychedelics have real potential as medicine, and this new center will help us explore that potential,” Paul B. Rothman, M.D., dean of the Johns Hopkins University School of Medicine and CEO of Johns Hopkins Medicine, said on the Center’s website.

With $17 million in funding from private donors, the Center is the first research center of its kind in the U.S., and the largest such center in the world. It is headed by Roland R. Griffiths, Ph.D.

The increasing success of FDA-approved cannabinoid therapeutics helps drive the interest in psychedelics. ClinicalTrials.gov lists more than 400 trials involving cannabinoids. As its effectiveness is shown, the compound gains traction within the pharmaceutical industry as a possible active ingredient in a variety of therapeutics.

“We were fortunate to watch the cannabis industry grow into a sustainable marketplace for both medicinal and recreational use,” said Vanessa Luna, CEO of PSYC. “Part of that journey surrounded research and development including working alongside industry experts to gain the knowledge and understanding needed to service that industry.

“We will be embarking on the same path for psychedelic medicine by engaging with industry experts, which will likely expand to a new advisory board and a more defined approach,” she continued. “That, in turn, likely will result in a unique plan to engage this market.”

She did not elaborate.

Realizing the potential this relatively new therapeutic area holds, PSYC is establishing strategic partnerships with key individuals and companies with the goal of establishing collaborations.

PSYC joins a growing number of companies exploring this controversial field of therapeutics with the goal of FDA approval.

For example, CB Therapeutics is collaborating with the Cleveland Clinic, manufacturing psilocybin and other tryptamine-based therapeutic compounds for clinical trials to treat depression, addiction and PTSD.

The FDA already has granted psilocybin-assisted psychotherapy a Breakthrough Therapy Designation for major depressive disorder as well as treatment-resistant depression.

“Psychedelic compounds have the potential to bring significant improvement to the lives of many individuals suffering from mental illness,” Brian Barnett, M.D., Center for Behavioral Health, the Cleveland Clinic, said in a statement.

Tassili Life Sciences is working with Michael Hoffer, M.D., professor of otolaryngology and neurological surgery at University of Miami’s Miller School of Medicine, to develop psilocybin-based therapeutics to treat mild traumatic brain injuries and PTSD. Preclinical studies are underway, with results expected in 2021.

So far, Tassili has filed four provisional patents. Three are for controlled release, and the remaining one is to treat mild traumatic brain injury and PTSD.

Ultimately, Tassili hopes to combine psilocybin and CBD in a certified drug that is approved by the FDA and other regulatory agencies. As Tassili Chairman George Scorsis said in a statement, “Working with the University of Miami, we aim to shift the mainstream perceptions about psychedelics by establishing the scientific underpinnings of the two compounds’ medical benefits and then developing a prescription-based therapeutic medicine for this combined disorder and a number of other disorders on the horizon, such as obsessive-compulsive disorder (OCD).”

That company recently signed an agreement to be acquired by Vancouver-based Champignon, which formulates medicinal mushrooms into novel delivery platforms for the pharmaceutical and nutraceutical industries.

Another company, Mind Medicine, is exploring LSD and other psychedelics. On Tuesday it announced what could become an “off” switch, allowing clinicians to halt hallucinogenic trips and control the dosing of LSD during therapy. Earlier, the company signed a collaborative research agreement with the lab of Matthias Liechti, a global leader in psychedelics pharmacology and clinical research at Switzerland’s University Hospital Basel.

Seelos Therapeutics last month announced interim data from a Phase I study of intranasal racemic ketamine and completed a Type C meeting with the FDA to design a study for suicide intervention in depression.

Compass Pathway is studying psilocybin as a therapy for treatment-resistant depression. Its Phase II trial is scheduled to complete later this year.

These are just a few of the organizations developing psychedelic therapeutics. The Psychedelic Opportunity Summit will explore the current and evolving state of regulatory, scientific, investment and legal aspects of psychedelic innovations in mental health care. It will be held, virtually, June 17th and 18th and is hosted by Momentum, Green Market Report, and Green/Entrepreneur.