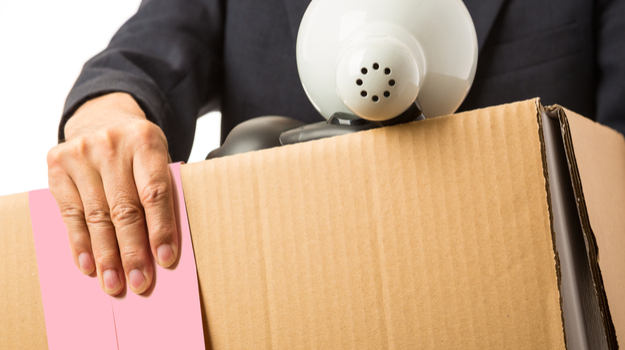 More job cuts are coming to California life science companies. Charles River Laboratories and Janssen Pharmaceutical are both making cuts as they reprioritize their businesses, according to Worker Adjustment and Retraining Notifications filed with the state of California.

Charles River Laboratories will lay off 24 employees in San Diego. The company is closing a facility. The layoffs, according to the WARN notice are expected to be completed by the end of May.

Even as the company makes cuts in San Diego, Charles River Laboratories has been flexing its M&A muscle this year. In February, Charles River acquired Laval, Quebec-based Citoxlab for $510 million. The acquisition was made in order to strengthen Charles River’s position as the leading global early-stage contract research organization, the company said. Charles River said the acquisition will expand its scientific portfolio, as well as its geographic footprint, which will enhance its ability to partner with clients across the drug discovery and development continuum.

In January, the CRO formed a strategic alliance with San Francisco-based Atomwise to provide clients with artificial intelligence (AI)-powered, structure-based, drug design technology. This will allow scientists to predict how well a small molecule will bind to a target protein of interest. The collaboration brings together two leaders in their fields. Atomwise is a leader in artificial intelligence structure-based drug discovery.

Janssen, a division of Johnson & Johnson is set to terminate 49 employees at the Vacaville facility that is set to be shut down. The layoffs, initially announced to the state in February, will commence April 15, according to the notice. J&J gained the Vacaville facility when it acquired Alza in 2001. The Vacaville site is being shut down as Janssen undergoes a restructuring of its manufacturing operations.

In February, J&J earned high marks as one of Fortune’s top 50 most respected companies. J&J came in at number 17 on the list due to the significant innovations in the pharmaceutical industry the company is making, with its subsidiary Janssen leading the way in drug development. Janssen is also no stranger to forging strategic alliances. In January, the company inked a $410 million collaboration and license deal with MeiraGTx to develop, manufacture and commercialize a portfolio of drugs for inherited retinal diseases.

Charles River and Janssen are not the only California life science companies to announce jobs cuts this year. As BioSpace previously reported, Merck Sharp & Dohme filed WARN notification on Jan. 18 announcing the company will cut 20 employees in Palo Alto. That move comes as Merck plans to open its South San Francisco-based discovery research center, which was first announced in 2017. The new Merck facility is nine stories tall and includes 290,000 square feet of research and office space. The research will span exploratory research through early development, with an initial focus on cardiovascular, metabolic and renal diseases.

Other recent layoffs to hit the Golden State include 67 layoffs at Genentech that began March 29. Nadine Pinell, Genentech’s principal manager of corporate relations, told BioSpace in February that the company has been evaluating its operations to ensure it remains well-positioned to meet the needs of patients and deliver on its pipeline.

Layoffs in California began in January with Aduro Biotech, which announced it was cutting 37 percent of its staff as part of a corporate restructuring. Pfizer will shift of 100 jobs from South San Francisco to La Jolla as part of an effort to “simplify the organizational structure and footprint of our oncology research unit.” Earlier this year, Theravance Biopharma announced plans to cut one employee in the Los Angeles area and 49 in South San Francisco.