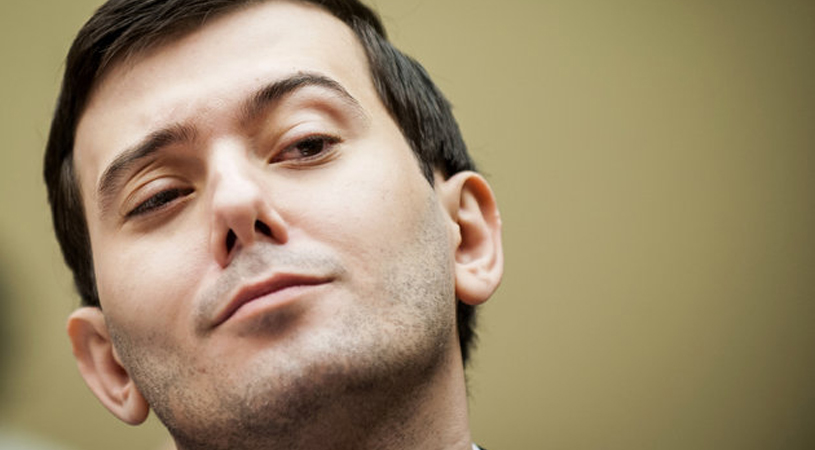 NEW YORK – Pharmaceutical entrepreneur Martin Shkreli refuses to stay out of the spotlight, even while awaiting trial for securities fraud. After harassing a reporter for Teen Vogue on Twitter, the “pharma bro” got his account suspended.

Shkreli is an avid Twitter user and often uses his social media platforms to troll and mock various individuals. In the fall of 2016, Shkreli heckled former U.S. Secretary of State Hillary Clinton during her failed presidential campaign after she collapsed at an event in New York.

In his latest stunt, Shkreli began what has been described as a “creepy” flirtation with Lauren Duca, a freelance writer with Teen Vogue, on Twitter. According to reports he invited Duca to be his “plus one” at the presidential inauguration of Donald Trump to which she replied on Twitter “I would rather eat my own organs.” That didn’t stop Shkreli, who began to create photo images of Duca in his apartment as well as an image of his face on another man in the company of Duca, who is reportedly her husband. That image became his Twitter profile image for a while, the Chicago Tribune reported.

Not only did Duca receive the unwanted attention from Shkreli, but she also began to receive created images from some of Shkreli’s many online followers, many of whom encouraged her to date Shkreli or engage in sexual relations with him.

Duca reported the incidents of harassment to Twitter chief executive Jack Dorsey, asking how that kind of behavior was allowed. Twitter ultimately decided it was not appropriate and suspended his account. It remains suspended as of this morning. Shkreli could appeal the suspension.

Shkreli also had another social media account suspended for similar reasons. His Periscope account was suspended after he began streaming telephone calls with reporters seeking comment about his Titter suspension, CNN said. His Periscope stream also included commentary about Duca and his supposed crush on her. CNN said he used the same manipulated image of Shkreli and Duca on that social media platform.

The seven count indictment against Shkreli included multiple charges of securities fraud, securities fraud conspiracy and wire fraud conspiracy. U.S. Attorney Robert Capers accused Shkreli of running his former company Retrophin Pharmaceuticals and his former hedge fund MSMB Capital Management like a “Ponzi scheme.” The indictment said Shkreli’s scheme, which caused his investors to suffer a loss of more than $11 million, was carried out over a five-year period, from 2009 to 2014. At the time of his arrest, Shkreli was helming two different pharmaceutical companies, Turing Pharmaceuticals, a company he founded last year and California-based KaloBios , a company he acquired a majority stake in November 2015. Following his arrest, Shkreli resigned as CEO of Turing and was terminated as CEO of KaloBios by that company’s board of directors.