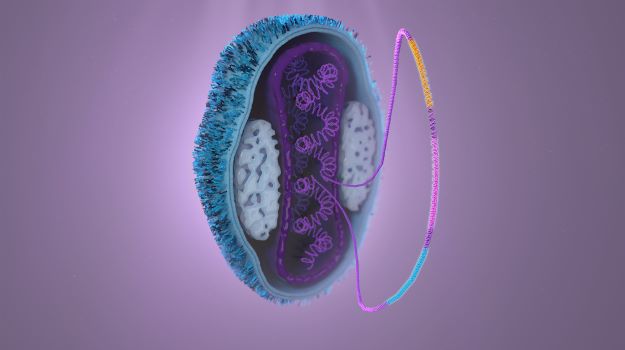 Only about one in seven cancer patients today benefit from immunotherapy. OncoMyx aims to increase this number, using a new multi-armed, systemically-administered, and targeted oncolytic virus. The company reported positive data in preclinical trials at the Society for Immunotherapy of Cancer’s (SITC) 35th Anniversary Annual Meeting & Preconference Programs (SITC 2020), which concluded November 14th.

“Amgen showed an oncolytic virus could have an impact when IMLYGIC, its live herpes virus, was approved for intratumoral injection in 2015,” Steve Potts, Ph.D., co-founder and CEO of OncoMyx, told BioSpace. “Now the race is on to build a best-in-class, IV-delivered oncolytic immunotherapy solution.

“Our approach uses myxoma, a large DNA rabbit pox virus,” he said. Myxoma replicates only in rabbits, thus enhancing its safety profile. When administered to humans, the OncoMyx lead compound, OM101, is expected to replicate only in tumor cells. It is intended to be delivered intravenously, systemically stimulating the immune system by releasing tumor antigen and promoting inflammation to turn cold tumors hot.

Myxoma also is one of very few oncolytic viruses capable of carrying an extra three-to-five immunostimulatory genes to further boost the immune response against cancer. “Adding transgenes can stimulate multiple points across the cancer immune response and can also be used to make this cancer-specific,” Potts said.

Unlike kinase inhibitor programs in targeted therapies that attack specific cancer genetic alterations, OncoMyx’s approach targets mechanisms of action. That means that OM101, can – in preclinical trials, at least – more broadly target multiple points across tumor types that are driven by a given mechanism of action. That enables the virus to target mechanisms that for example, a quarter of all cancer patients might share, rather than the typical one or two percent that might be shared by a genetic alteration approach in targeted therapies

“We can be very flexible and yet still have a targeted approach,” Potts said. “It’s designed for use in a broad range of patients.”

One preclinical study showed that the armed and parent versions of the virus were equally effective in terms re replication and oncolytic capacity, and that the multi-armed virus produced functional transgenes in Vero cells and in human lung cancer and cervical cancer cells.

Another showed that the armed myxoma virus is efficacious with immune checkpoint inhibitors. The armed virus increased the anti-tumor tumor-infiltrating lymphocytes – including increased CD8/Treg and M1/M2 macrophage ratios – to favor anti-tumor immunity.

Based on myxoma’s method of replication and action, toxicity should be very limited. Likewise the risk of over-stimulating the immune system also appears minimal. “Because we’re working backward from the tumor cells, this is a very localized approach that generates a systemic effect,” he explained.

Potts and Sharp expect OM101 to enter clinical trials within two years for solid tumors. Applications for various lines of therapy in a wide range of cancers will be investigated.

Additional therapies, notably OM102 and OM103, may be based on the OM101 platform. More tightly targeted, they are aimed at lung, gastrointestinal, and gynecologic cancers. By adding specific transgenes, “We end up with a very powerful approach,” Potts said

Within the immunotherapy field, OncoMyx’s platform is the equivalent, he said, “of taking multiple single antibody programs and combining them into one. It offers lots of flexibility and a very elegant approach to thinking about multi-arming therapies.”

“These data support the further development of our multi-armed myxoma virotherapies in combination with checkpoint inhibitors and other immuno-oncology approaches to increase the number of cancer patients who could benefit from immunotherapies,” Potts said when announcing the data.

Building on these preclinical results, OncoMyx is building its team and therapeutic pipeline, planning GMP manufacturing, and preparing for an IND application, and building its pipeline of the other armed targets as it seeks to raise its next round of financing.