Novavax’s COVID-19 Vaccine Shows Efficacy in Monkeys, but Does That Translate to Humans? 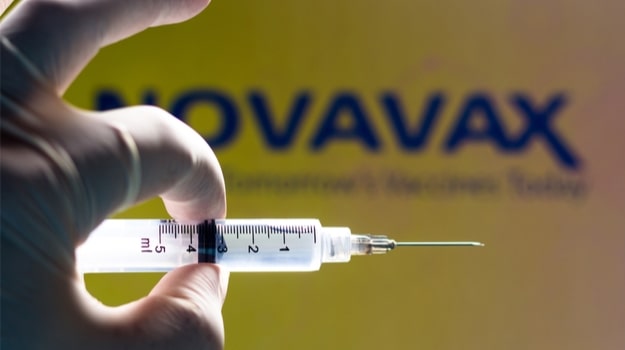 Novavax recently told the Daily Mail that based on positive findings in animal models, the company will now move forward to test the vaccine candidate in humans. The investigations in monkeys were conducted following positive preliminary findings in mice.

In the monkey study, the researchers did not find any evidence of the virus in the noses of the animals. The virus replicated in the lungs of a single monkey that received the lowest vaccine dose. The monkey that had viral replication in the lungs was able to combat the infection within just four days.

The investigators of the Novavax COVID-19 vaccine study said the vaccine generates robust antibodies capable of creating “sterile immunity.” Ultimately, this prevented the virus from moving from the lungs to the nose and halted the transmission of the virus from monkey to monkey.

While the initial findings from Novavax show promise for contributing to the end of the COVID-19 pandemic, scientists involved in the research urge caution in interpreting the results. For instance, the investigators note that viruses, particularly in the setting of clinical trials, may work differently in monkeys compared with the human population. Many vaccine and drug studies in the U.S. frequently use monkeys as a final step prior to initiating human clinical trials. Monkeys, however, only experience mild COVID-19 symptoms.

Novavax recently announced that its COVID-19 vaccine was granted “fast-track” status from the U.S. Food and Drug Administration, allowing it to enter into late-stage trials in the U.S. later this month. If similar to the monkey study, data from the Phase III human trial could support U.S. authorization and approval of the vaccine.

Approval may be a saving grace for Novavax, which prior to the pandemic had yet to bring to market an effective vaccine. While the company had been working on vaccines for upwards of 20 years, the lack of a marketable candidate had placed the company at serious jeopardy for collapse. As soon as the genome sequence of SARS-CoV-2 was published, the company’s R&D president Gregory Glenn ordered the gene for the virus spike protein, allowing Novavax to begin immediate work on vaccine development.

The company also secured $1.6 billion from the U.S. government under Operation Warp Speed to develop NVX‑CoV2373. The funding allows the company to not only participate in the U.S. vaccine program, but it will also assist in the production of millions of doses of the vaccine by 2021.

Currently, Novavax is studying its COVID-19 vaccine candidate in human trials across the UK. Initially, the vaccine began testing in up to 9,000 people. The company plans to expand its Phase III trial to include up to 15,000 people. Initial study results are expected to be released in early 2021, if not sooner. The UK has already committed to receive 60 million doses of Novavax’s vaccine, pending approval, which will be produced in collaboration with Fujifilm Diosynth Biotechnologies.

Novavax follows in the much larger footsteps of Moderna, Pfizer/BioNTech and AstraZeneca, major players in the global COVID-19 vaccine race. These companies have also recently demonstrated high levels of efficacy with the vaccine candidates against SARS-CoV-2, suggesting their vaccines might be available much sooner than Novavax’s product.