New Research Explores the Role of Oxygen in Cancer Growth 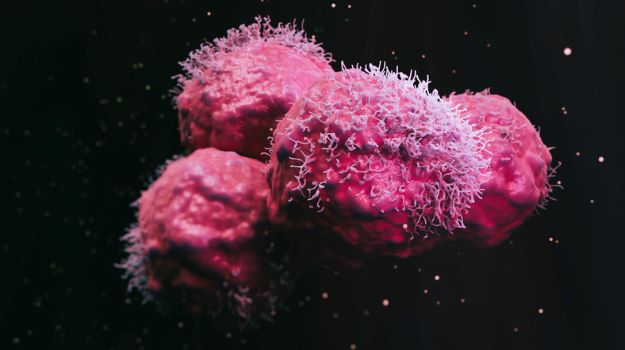 New research published in Nature Metabolism from Columbia University and the Massachusetts Institute of Technology explores how cancer cells often depend upon the importation of fat and oxygen for continued growth and division.

Cancer cells, due to their high rate of cellular division and metabolism, have a high need for nutrients. That is one reason higher blood sugar can be a factor in cancer development, a surplus of nutrients. Diabetics, for example, have a significantly higher risk of developing cancer. In diabetic women, the risk is 27% higher than in healthy women, and in diabetic men, it’s 19% higher than in healthy men. Other essential metabolites include fat and oxygen.

Oxygen is an interesting factor because many cancer cells exist in low-oxygen environments. Because of this, there is an assumption that tumor growth is limited by energy. However, oxygen offers oxidizing power for chemical reactions that cells need to build new cells. Many of these biomolecular reactions require a co-factor dubbed NAD+. But when oxygen is absent, cells can’t regenerate NAD+, effectively stopping these biochemical reactions.

But the new research found that hypoxic (low oxygen) cancer cells have more energy than necessary for growth. As a result, when the researchers fed cancer cells extra nutrients, the cells were unresponsive.

But when the team tested other methods to affect the biomolecular pathways that were strangled by lack of oxygen, the cancer cells began to grow rapidly. What they found was that while these biosynthetic pathways struggle with little oxygen, the synthesis of fats was affected the most. Fat molecules, or lipids, are used to make new cell membranes. This seems to be another limiting factor for cancer cell growth, because, without oxygen, they can’t supply their fat synthesis pathways.

“What makes our result very counterintuitive,” Vitkup said, “is that fat synthesis is not considered to be a process requiring a lot of oxygen. But our experiments demonstrated that up to 30% of the oxygen used by cancer cells is not for energy generation but for synthesizing fats.”

This means that when cancer cells are in a low oxygen environment, they are depending on importing lipids from the environment, which the researchers think might be a new target for cancer research. They are working to identify the receptors cancer cells utilize when they import lipids, and which of those receptors might be good targets for drugs. They also speculate that changing the composition of fats in the diet could play a significant role in influencing cancer growth.

“We usually think of cancer as being driven primarily by genetic mutations, but for cancer cells living in challenging conditions, such as oxygen-starvation, their environment is equally important,” Vitkup said. “Mutations stimulating uptake of fats, for example, will only promote tumor growth if these fats are actually available in their environment.”

This research refers to metabolic and molecular pathways. It might also partially explain why obesity is associated with a higher risk of getting 13 types of cancer, according to the U.S. Centers for Disease Control and Prevention. These cancers include adenocarcinoma of the esophagus, breast cancer in post-menopausal women, colorectal cancer, uterine cancer, gallbladder, upper stomach cancer and others.

Some of the risk factors tied to obesity and cancer appear to be hormone levels. Another factor is likely inflammation caused by visceral fat, which affects the hormones insulin and estrogen. But as this new research indicates, the way all of these interacts is complex, and these findings may be just the beginning.