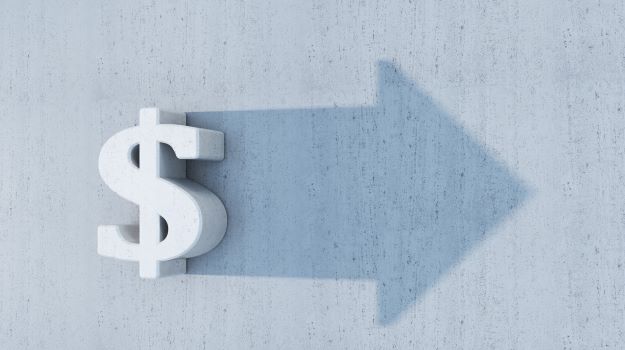 The investor trees are dropping their leaves. Here's who's benefiting this week in the life sciences industry.

Boston-based SmartLabs scooped up a $250 million Series B, bringing its 18-month raise total to $330 million. The Laboratory-as-a-Service company plans to scale operations to two million square feet within the next five years and launch the fourth version of its SmartLabs OS. The company offers flex lab and office spaces for groups sizing from less than 10 to over 200 on both coasts.

Monikered with its San Diego area code, 858 uncloaked this week with a $60 million Series A. Armed with RNA technology, the biotech’s pipeline will target cancers that are resistant to current therapies. On the heels its launch announcement, 858 acquired Gotham Therapeutics to accelerate the development of its pipeline. Gotham has been establishing a novel drug class targeting RNA-modifying proteins to develop new treatments for patients with cancer, autoimmune and neurodegenerative diseases.

California-based Allay has already slated last week's $60 million Series C for its lead candidate, ATX-101. Placed directly into the surgical site, ATX-101 distributes bupivicaine, a local analgesic to the knee joint after knee replacement surgery. With extended and controlled release, the drug is continuously released in declining amounts over the weeks of patient recovery. Its currently in a Phase II trial. A goal of Allay’s is to advance at least one new candidate into clinical trials each year.

Minneapolis-based Francis Medical completed a $55 million Series B financing round to fund its proprietary prostate cancer treatment through FDA approval. A pivotal clinical study will begin enrollment next August for the candidate. Francis devices use water vapor ablation therapy for the treatment of prostate, kidney and bladder cancer. The minimally invasive therapy is designed to eradicate cancer cells while protecting surrounding structures.

In addition to bringing in $51 million in a Series B round, Ventyx also added some new names at the top. With a new executive chair and chief medical officer alongside some board additions, Ventyx is advancing its pipeline of small molecules for a range of inflammatory diseases. The current lead candidates include a Phase I allosteric TYK2 inhibitor for the treatment of a broad range of autoimmune diseases, a Phase II-ready S1P1 receptor modulator for the treatment of ulcerative colitis and a Phase I-ready peripheral inhibitor of the NLRP3 inflammasome, which is a mediator of multiple inflammatory conditions.

Aesthetic med tech company Cytrellis closed on $50 million Series C. Focused on treating skin without the use of energy, scarring or surgery, the company’s lead product was recently approved by the FDA for the treatment of moderate to severe wrinkles in certain skin types. Proceeds from the raise will support the products full commercial rollout in 2022.

Supporting continued growth in payer and employer markets, RecoveryOne raised $33 million in a Series C round. The company is a virtual physical therapy solution that works to personalize and improve the path to recovery for patients with musculoskeletal conditions. “We are creating ongoing value for consumers, caregivers, health plans, and payers, so this funding round will help us to scale those efforts and extend our impact far beyond the 60+ clients and nearly three million consumers under contract today,” CEO Mark Luck Olson said.

Announcing an acquisition and Series C round in one day, biomedical research data management platform Flywheel had a busy week. The $22 million will support its acquisition of Radiologics and grow the company’s infrastructure. The new combined company will offer a biomedical research platform that can connect any organization or data set across academia, life sciences, clinical and medical AI.