Roche Doubles Down on Jnana's RAPID Platform in $2B Deal (Updated) 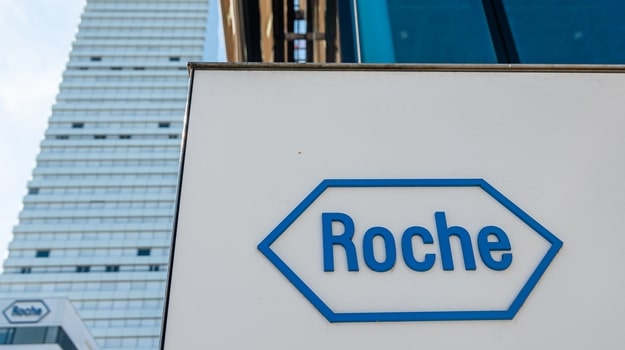 It's been a lucrative Tuesday for Jnana Therapeutics which forged a second small molecule discovery and development collaboration and licensing agreement with Roche valued at up to $2 billion.

The company also raised $107 million in a Series C financing round.

Jnana will leverage its RAPID chemoproteomics platform to discover novel small molecule drugs aimed at cancer tumors and immune-mediated and neurological diseases. The company announced that each indication is considered a disease with high unmet needs.

In an interview with BioSpace, Joanne Kotz, CEO, said that when Jnana was founded in 2017, it was done so with the idea to push the frontiers of small molecules. That is something that is being accomplished not only in Jnana’s internal research but in its collaborations with Roche, she said.

“We’re excited to be part of a renaissance in small molecule discovery,” said Co-founder, President and CSO Joel C. Barrish.

For Jnana, it's the second collaboration with the Swiss pharma giant. Two years ago, the companies tied up in a pact valued at up to $1 billion for the discovery of small molecule drugs directed at the solute carrier family of metabolite transporters. These drugs will be evaluated as a broad and innovative approach to modulating cellular metabolism to treat immune-mediated and neurological diseases.

Under the terms of Tuesday's agreement, Roche provided Jnana with $50 million in an upfront payment. The deal includes multiple near-term and future milestone payments valued at more than $2 billion.

That financial windfall is bolstered by the Series C round that will support a clinical proof-of-concept study for Jnana's lead asset, JNT-517, a potential treatment for phenylketonuria (PKU), a rare, genetic metabolic disease.

JNT-517 is a small-molecule inhibitor of the phenylalanine transporter SLC6A19 that holds FDA Rare Pediatric Disease designation. SLC6A19 is responsible for kidney reabsorption of phenylalanine back into the bloodstream.

On Tuesday, Jnana announced it dosed the first patient in the Phase Ia portion of a study evaluating the small molecule in healthy volunteers.

Kotz said the financials from both announcements will provide the company with significant cash runway. The funds will support the Phase Ia program, she said.

The Phase Ia readout is expected in 2023 while Phase Ib data is anticipated in 2024.

Barrish told BioSpace JNT-517 has the potential to be the first therapy for all individuals living with PKU, regardless of genetic background or age. He noted the drug has a unique mechanism of action to block the reabsorption of phenylalanine by the kidneys.

The Series C funds will also be used to bolster Jnana's growing pipeline of programs that are in development as potential treatments for challenging-to-drug targets such as transcription factors. In addition to Bain Capital, the financing round was supported by RA Capital Management, Polaris Partners, Versant Ventures, Avalon Ventures and Pfizer Ventures.

Barrish said the ongoing work from the first partnership led to this second collaboration.

James Sabry, global head of Roche Pharma partnering, noted the larger company is impressed with what it has already seen from Jnana's RAPID drug discovery platform. He said Roche intends to build on the lessons learned from the 2020 collaboration to address new target classes.