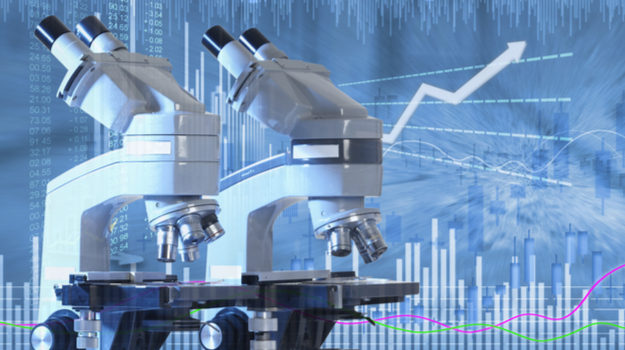 4D Molecular Therapeutics snagged $90 million in a Series B financing round. The company intends to use the funds to advance its Therapeutic Vector Evolution platform and pipeline of next-generation AAV gene therapeutics.

4D Molecular, which in July partnered with MedImmune to develop a gene therapy for chronic lung disease, is planning to take its own intravitreally-delivered AAV gene therapy asset for choroideremia, an X-linked monogenic recessive disease (caused by mutation of the REP-1 gene, into the clinic next year. 4DMt’s experimental treatment 4D-110 is designed to result in widespread expression of the REP-1 protein within cells in the retina, according to company information.

According to company information, 4DMT’s Therapeutic Vector Evolution platform deploys over 100 million unique AAV variants from over 35 unique and proprietary 4DMT AAV libraries with extensive diversity. The platform allows the company to create customized gene therapy products and then precisely deliver them to any tissue or organ in the body, the company said. That delivery will be through the “optimal clinical route of administration for any given disease,” and can also be done at lower doses and “with resistance to pre-existing antibodies,” the company added. Those pre-existing antibodies in patients have been shown to reduce efficacy in some early gene-therapy treatments. The company said its third-generation platform provides the way for a better and more effective delivery.

AV vectors target dividing and nondividing cells without integrating genetic material into the host genome. The genetic material transferred by AAV vectors into cells is the blueprint for the production of a protein whose function targets pathological processes contributing to diseases.

David Kirn, chairman and chief executive officer of 4D Molecular Therapeutics, said its Therapeutic Vector Evolution platform has the potential to “overcome the delivery and immunology challenges” that currently face the field of gene therapy. He said the company’s platform could “ultimately unlock the full potential of gene therapy.”

As part of the Series B financing, Tony Yao of ArrowMark Partners has joined the 4DMT Board of Directors.

“Gene therapy is an important therapeutic modality to treat severe genetic diseases, and I believe 4DMT’s Therapeutic Vector Evolution platform will deliver gene therapeutics with significant clinical advantages over competitive programs. David and his team have extensive experience in viral vector technologies and strategically growing companies. It is my pleasure to join such a talented team and exciting opportunity,” Yao, portfolio manager of ArrowMark Partners and new 4DMT board member said in a statement.