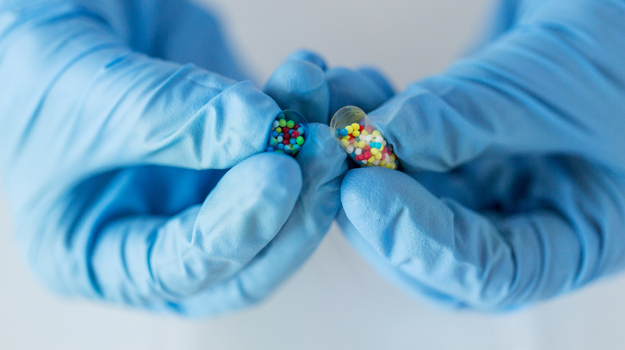 Allergic reactions and other side effects from medication are pretty well-understood, and anyone who knows they have an allergy to a medication knows to avoid said medication. However, some side effects may not be coming from the medication itself at all and are instead being triggered by the inactive ingredient that is included with the drug.

Why We Have Inactive Ingredients

Putting ingredients into a medication that aren’t supposed to have any sort of medically significant effect might seem kind of pointless. However, each of them does serve important purposes.

A few notable examples of inactive ingredients that are necessary additives include dyes, fillers, flavorings, binding agents, preservatives, buffers, and more. Without these, then the medication could fall apart, go bad much quicker, or taste far too bitter for most people to be able to take orally.

Some forms of inactive ingredients do have a direct effect on the medication itself through things like using additives such as alcohol and tablet coatings to change the speed that the medication is absorbed. Despite having such an effect, they are still called inactive ingredients because they typically don’t have an effect on the one taking the drug outside of altering the absorption rate.

Though the inactive ingredients in medication are largely harmless, there are certain situations to which this may not be the case. While rare, they do happen and can have a very real impact on the health of those taking the medication.

Despite some doctors occasionally seeing some patients have adverse side effects from inactive ingredients, a study had never been done regarding it. That is, until recently when a team of researchers decided to look into it to see just how dangerous these additives could be.

They discovered that the average pill contains around 25 percent of the active ingredient while the rest is the inactive additives. This isn’t very surprising considering the fact that many medications are active at very small doses. Without additives like fillers, these drugs would be miniscule powders.

More interestingly is that some of the most common side effects that were experienced involved things like food allergies, lactose intolerance, and celiac disease. Lactose in specific was found in 45 percent of the pills that they checked.

For those with allergies, the inactive ingredients in medications can be a pretty big minefield. There are tons of different potential allergens that are included as additives in medications and this is an incredibly common practice for all pharmaceutical companies. Anyone who is allergic to things like peanuts, eggs, fish oil, lactose, casein, soy, shellfish, and many more could end up having an allergic reaction from the additives in their medication.

Part of the problem is that the amount needed to trigger a reaction can vary greatly from person to person. More often than not, the amount of an allergen that a specific medication contains is too small to cause a reaction but various factors such as how sensitive one is to the allergen, what other medications they’re taking, and what their diet is, can affect whether or not they end up having an allergic reaction.

Most people with allergies typically won’t have any trouble taking their medication even if they do contain known allergens in their list of additives. With that said, it’s still always a good idea to be cautious and to double check what kinds of inactive ingredients a medication contains.

On top of this, a conversation with the pharmacist will offer a plethora of helpful information regarding side effects and potential allergic reactions from any medication.