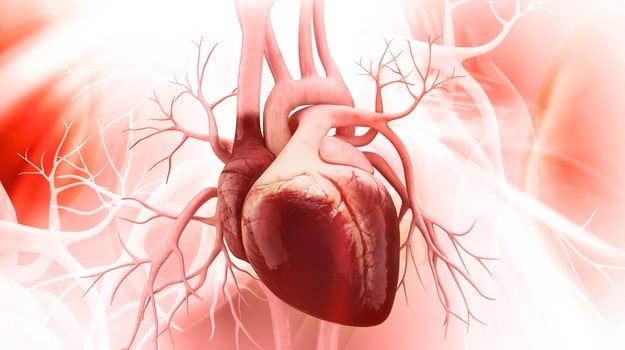 Only a few companies are using gene therapy to treat heart disease. One of them, Tenaya Therapeutics, is using adeno-associated virus 9 (AAV9) to deliver healthy copies of select genes to target cardiac tissue and express the protein of interest at high levels. What’s particularly interesting is that it also has a cell regeneration program that – at least in animal models – shows the potential to regrow cardiomyocytes (which die after heart attacks).

“We’re heart disease specialists with multiple approaches. We saw early opportunities for gene therapy to address genetic forms of heart disease, so we had good reason to go in that direction,” Tenaya CEO Faraz Ali told BioSpace, emphasizing that Tenaya is modality agnostic. Its approaches include programs from three platforms, including cellular regeneration, gene therapy and precision medicine.

With three of its gene therapy programs in preclinical development, Ali said he expects TN-201 to be the first to enter the clinic, and Tenaya anticipates filing an IND for that program in 2022. It treats the leading genetic cause of hypertrophic cardiomyopathy (gHCM). For many, this gHCM program is particularly exciting. “It would be the first example of a disease-modifying therapy for that indication,” Ali said.

TN-201 delivers a functional MYBPC3 gene via AAV9 to address gene mutations that lead to thickening heart walls, arrhythmia, dysfunction, heart failure and sudden cardiac death. There are approximately 115 thousand people in the U.S. with this disease. Disease symptoms can occur with only a single mutation in a single allele, but when two mutations occur, it is life-threatening within the first few months of life.

“We’ve shown, in animal models, that we can reverse the declining heart function,” Ali said, as well as the arrhythmia and the hypertrophy (thickness of the heart), returning it to normal size after a single dose. In animals, prevention or reversal of symptoms leads to extended survival. “To be clear, whether (such symptoms) can be returned to normal in humans is yet to be determined, but we think some symptoms could be significantly improved,” he stressed. TN-201 was granted Orphan Drug Designation by the U.S. Food and Drug Administration (FDA).

This, and Tenaya’s other gene therapies are possible because of the revelation by multiple gene therapy pioneers that AAV9 vectors have a propensity to go to the heart.

“They showed that AAV9 does a good job with broad distribution and transduction of the cells,” Ali said. So, although not every target cell receives a healthy copy of the gene, “the vector copy number, on average, is sufficiently high that each cell has a shot at being functionally corrected.”

“Now, we have much better insight into the genetic forms of heart disease, such as hypertrophic cardiomyopathy (gHCM) and arrhythmogenic right ventricular cardiomyopathy (gARVC). Once we started to ask the right questions, we found several opportunities.” In Tenaya’s case, the technology to answer those questions coincided with advancements in delivery and manufacturing, which also created new opportunities.

“Some forms of heart disease are caused by the loss of cardiomyocytes, for example, after a heart attack,” Ali pointed out. “Once they are lost, no therapy exists today to bring those cells back. Our approach is to create new cells in vivo, using AAV to deliver proprietary combinations of genes.”

That program is based on work by the company co-founders Deepak Srivastava, M.D., president of the Gladstone Institutes, and Eric Olson, Ph.D., at the University of Texas Southwestern Medical Center. “Dr. Srivastava took Shinya Yamanaka’s work on induced pluripotent stem cells (for which he won the 2012 Nobel Prize) a step further, finding, with Dr. Olson, a combination of factors that could turn cardiac fibroblasts into new cardiomyocytes.” By altering those factors, they found they also could induce existing cardiomyocytes to divide and create new cells.

“Both of these approaches have achieved proof of concept in large animal models with human-sized hearts,” Ali said. This means, potentially, that hearts may possibly be returned to normal function after heart attacks.

Another Tenaya program dubbed TN-301 uses a small molecule to treat heart failure with preserved ejection fraction (HFpEF) and Tenaya also expects to file an IND for that program in 2022. HFpEF disease involves a thickening and stiffening of the heart's ventricles (the major pumping chambers) that restricts the heart's ability to fill up with blood in between heartbeats. There are approximately 3 million people in the U.S. with this disease.

“Each of our programs is built on strong scientific foundations. We’re not a ‘me-too’ company,” Ali said.

As Ali said, “We have better tools now, and better delivery methods, and can begin to apply them to the leading cause of death throughout the world to address heart disease in a more precise way, thus turning large categories into ever-smaller categories of disease.” As in oncology, the desired result with this approach is more precise and less expensive clinical trials, faster approvals and ultimately more hope and better therapies for patients.