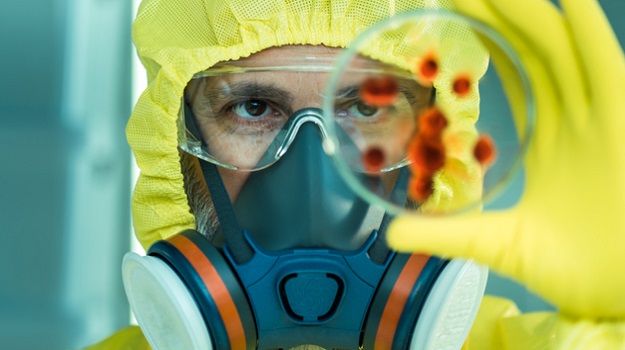 Heat Biologics announced that a new development is underway in its partnership with subsidiary Scorpion Biological Services. The two companies are working together to develop a new biodefense-focused large molecule and biologics manufacturing facility in Manhattan, Kansas. The development partnership is being supported by a private developer, the State of Kansas and local and university affiliates.

Scorpion Biological Services is a contract research, development and manufacturing organization focused on cell and gene-based therapies and large molecule biologics. The company falls under the umbrella of Heat Biologics, a clinical-stage biopharmaceutical company focused on biodefense assets.

The project is heralded by Governor Laura Kelly as the largest economic development investment in her administration’s history. The $650 million planned project will create a brand new 500,000+ square foot facility intended for biologics manufacturing. An estimated 500 high-paying jobs are anticipated to be available in Manhattan in the next seven years and the project is expected to have a billion-dollar impact within the State of Kansas.

Heat Biologics anticipates utilizing the new facility to focus on its biodefense pipeline. Biodefense refers to a field in which the primary goal is to counter biological threats that could be introduced to the public as a form of bioterrorism. A primary example of a biological threat can be seen in the case of anthrax mailings, which took place after the events of Sept. 11, 2001. Anthrax spores were laced in envelopes as a biological weapon, killing and sickening Americans.

The company recently finalized a contract with the Office of the Assistant Secretary for Preparedness and Response in the U.S. Department of Health and Human Services for Anthim, an anthrax antitoxin. Anthim prevents the entry of the anthrax toxin into susceptible cells, avoiding the further spread of the toxin and tissue death. The contract for the procurement of Anthim was fulfilled for $50 million and is being stockpiled in the case of a potential anthrax attack. Anthim was developed by Elusys Therapeutics, which was acquired by Heat Biologics in December 2021.

In November 2021, the company also unveiled RapidVax, a novel cellular vaccine platform for targeting known and unknown emerging biological threats. RapidVax is designed to provide an accelerated response to a wide variety of infectious agents by being rapidly customizable and manufactured against biological threats. The motive is that it can be stockpiled and used in the future by leveraging the immune-activating properties of heat shock protein gp96, a danger-signal associated protein, and T-cell costimulatory molecule OX40L.

The company also intends to utilize the new facility to operate as a full-service contract development and manufacturing organization to provide third-party manufacturing services. Governor Kelly noted that the location of the new facility is perfect because of its centrality to both coasts, making it a prime location to tackle emerging public health threats.