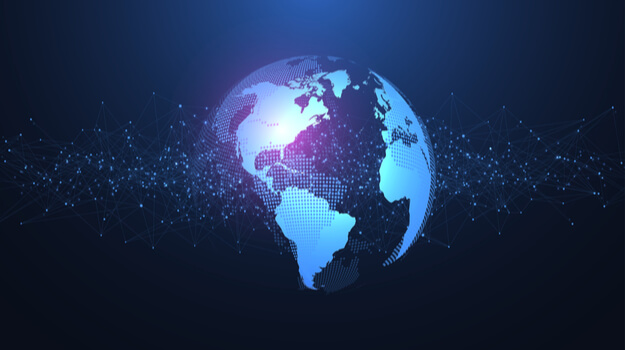 Terlipressin is a potent vasopressin analog selective for V1 receptors. Although not approved in the United States, terlipressin is approved in many countries where it has been a standard of care for decades in the treatment for hepatorenal syndrome type 1 (HRS-1).

Mallinckrodt noted that the study had limitations due to the retrospective nature of the study design. Data collected was limited to the information available and extracted from patient medical charts, the company added.

Kevin Moore, lead investigator and principal clinical research fellow at the UCL Institute of Liver and Digestive Health at Royal Free Hospital at the University College London, said it is “critically important to expand our knowledge of evidence-based medicine for EVH, and investigational therapies like terlipressin.” Understanding the nature of the drug and its effect on these patients can help improve their outcome, Moore said.

Elicera Therapeutics – Sweden’s Elicera announced preclinical proof-of-concept data for its iTANK (immunoTherapies Activated with NAP for efficient Killing) platform that was developed to optimize the effect of CAR T-cell therapies. It does so by generating a dual mechanism-of-action. According to the company, in addition to the effect of CAR T-cells, CD8 + killer T-cells are activated, which gives a double attack on the tumor cells and creates a systemic and long-term immune response against cancer. Through the iTANK platform, Elicera hopes to address two current challenges CAR-T therapies face with solid tumors: the hostile tumor microenvironment inhibits the effects of CAR-T cells and there are difficulties in identifying a target antigen on solid tumors that is expressed on all tumor cells.

RedHill Biopharma – Based in Israel and in North Carolina, RedHill presented four analyses from its Phase III Talicia and Movantik data at the ACG annual meeting. The first Talicia analysis evaluated physician-directed therapy data and confirmed high utilization of clarithromycin and low rates of H. pylori eradication. Utilization data based on U.S. prescriptions confirmed that clarithromycin-based regimens remain predominant, even though the majority of Americans have previously been prescribed a macrolide antibiotic. The authors conclude that since Talicia does not contain clarithromycin, and resistance to amoxicillin and rifabutin is very rare, Talicia can be used first-line with minimal concern for antibiotic resistance or CYP2C19 metabolism, the company said. The Movantik posters provided details on data from patients experiencing extreme opioid-induced constipation (OIC) with severe symptoms. Dose levels of 12.5 mg and 25 mg provided rapid onset with early symptom relief and consistent, predictable and sustained efficacy, the company said.

Cardiol Therapeutics – Based in Ontario, Cardiol received approval from Health Canada to move CardiolRx into Phase II. The trial will assess the safety and tolerability of CardiolRx as well as its impact on myocardial recovery in patients presenting with acute myocarditis. The approval follows the U.S. Food and Drug Administration (FDA) providing clearance to proceed with the company’s Investigational New Drug (IND) application to initiate this trial. Myocarditis is an acute inflammatory condition of the myocardium, characterized by inflammation of the heart muscle, which may result in chest pain, impaired cardiac function, atrial and ventricular arrhythmias, and conduction disturbances.

Cyxone – Austria-based Cyxone and Medical University of Vienna continue to investigate drug candidate T20K in combination with a kappa opioid receptor agonist. In pre-clinical experiments, the company said T20K demonstrates “promising synergistic therapeutic effects and potential disease modifying features in multiple sclerosis.” The data strengthens the evidence that T20K acts as a potent ligand to the kappa opioid receptor. The receptor has been identified to play an important role in remyelination of neurons and to be involved in immunosuppressive and anti-inflammatory activities, making it a suitable drug target in the treatment of early and late stages of MS, the company said.

Queen’s University – Queen’s University Belfast scientists have developed a computer-aided data tool that could improve treatment for a range of illnesses. The computer modeling tool will predict novel sites of binding for potential drugs that are more selective, leading to more effective drug targeting, increasing therapeutic efficacy and reducing side effects. According to the university, the data tool or protocol will uncover a novel class of compounds – allosteric drugs in G protein-coupled receptors (GPCRs).