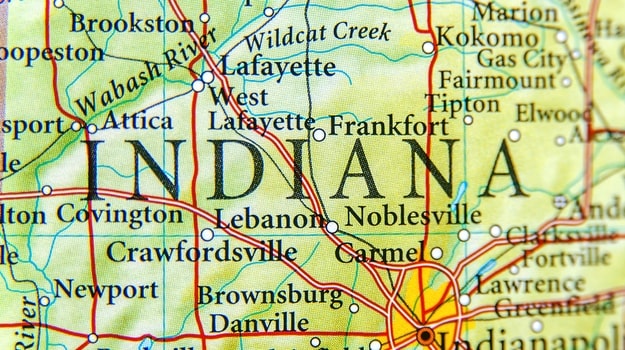 The probability of dying from COVID-19 depends more on age than gender, race or ethnicity, according to the first U.S. statewide random sample study of SARS-CoV-2 prevalence and fatalities.

The study, published in the Annals of Internal Medicine, was conducted jointly by researchers from the Indiana University (IU) Richard M. Fairbanks School of Public Health and the IU School of Medicine. The results are likely to be applicable nationwide.

With a statewide incidence rate of about 2.8% when the data was collected last April, “the average age among all COVID-19 decedents was 76.9 years,” according to the researchers. For people age 60 and older in the general population – rather than institutions such as nursing homes or prisons – who contract COVID-19, the risk of dying from that disease is less than 2% (actually, 1.71%). That’s one death for every 50 infected people in that age group. It is 2.5 times higher than that group’s risk of dying from seasonal influenza.

In contrast, the overall risk of mortality from COVID-19 for non-institutionalized individuals of all age groups was 0.26%. The risk is linked closely to age. For people aged 40 to 59 years, the infection mortality rate is 0.12%, and for people aged 12 to 40, the risk of dying from COVID-19 is 0.01%. Children under age 12 were not included in the study.

“Indiana’s population distribution is fairly consistent with the U.S. average, which increases the generalizability,” Justin Blackburn, lead author and associate professor at the Fairbanks School of Public Health, told BioSpace.

“The calculated infection fatality rates for Indiana are very close to several other infection fatality rates calculated in different countries and/or localities, which increases the likelihood the results generalize to other states. However, it is worth noting that states with more infections or with an older population distribution may experience higher death tolls,” Blackburn said.

"These are the first precise estimates that allow us to determine the increased risk of death among people over 60 years old," Nir Menachemi, senior author of the study, and professor and Fairbanks Endowed Chair in the Fairbanks School of Public Health, said in a statement. "Previous studies determined the fatality rate based on case counts, which are known to undercount infections. We looked at other factors such as race, ethnicity, and sex, but the greatest predictor of death is age."

Non-Caucasian groups had an infection fatality rate that, at 0.59%, was more than three times higher than the 0.18% rate of Caucasians, the study reported. Non-Caucasian’s age at death from COVID-19 averaged 73.3 years, compared to 78.9 for Caucasians.

“Race and ethnicity were not analyzed together, so comparing the white infection fatality rate with Hispanics’ infection fatality rate is problematic because those of Hispanic ethnicity may denote their race as ‘white’ and would be double-counted in that comparison,” Blackburn said. “Still, we do observe an overall lower infection mortality rate among Hispanics. We hypothesize this may be due to a younger Hispanic population overall, but we also cannot rule out response bias or inaccuracies in the ethnicity recorded among deaths.”

For all races and ethnicities, a gender comparison showed that 300 men and 169 women who were not in institutions died from COVID-19 during the study period. That resulted in a 0.28% risk of dying from the infection for men, and a 0.21% risk for women.

"Based on our research, we believe we have one of the most accurate and generalizable COVID-19 infection fatality rates in the U.S.," Menachemi said.

“This study was possible because we used data from a unique random population prevalence study from Indiana that gives us insights into total infections (approximately 188,888), which avoids biases of other testing data,” Blackburn said.

That data was compared to the state’s vital statistics data of confirmed deaths between April 25 and 29. Of the 1,099 recorded deaths, 495 were in nursing homes and not factored into the study.

Before this study, mortality rates were calculated based upon confirmed cases, “which overestimates the infection fatality ratio,” the authors wrote. “Because many cases are asymptomatic, generalizable data on the true number of persons infected is lacking.”

Mortality rates, therefore, were calculated based upon populations outside the U.S. (with different type of healthcare systems) and cruise ships or were estimated based on simulations.

As Blackburn and colleagues noted, their study only involved people living in the community. Including institutionalized individuals would alter the determination of fatality risk. They also acknowledged the potential for response bias and false positives resulting from faulty diagnostic tests.

“It is important to be clear that the infection fatality rate is not an individual measure of risk,” Blackburn cautioned. It is a measure of risk at the population level.

“Not all persons over 60 or under 40 will have the same risk of death as we calculate. Instead, we know what the risk is, on average, across the population. For example, these findings highlight just how much more vulnerable older adults are compared to younger age groups. Thus, our findings may be helpful to reiterate which population demographics are associated with greater risk of death,” Blackburn said.

The population study is ongoing, he added. “The team anticipates additional work tracking how the COVID-19 pandemic changes over time.”