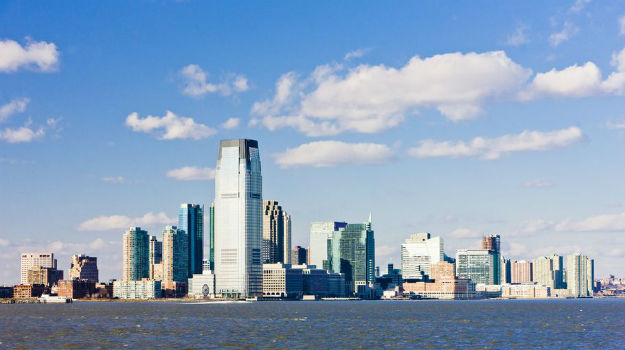 When it comes to hotspots for biotech and pharma innovation, a few areas such as Cambridge, Mass., San Francisco and San Diego spring immediately to mind. Industry representatives from New Jersey hope to see their home state included among that list.

With the Biotech Innovation Organization (BIO) annual meeting coming up in Philadelphia, Garden State life sciences representatives want to use a recent white paper published by the Institute for Life Science Entrepreneurship (ILSE) at Kean University to showcase all that New Jersey has to offer. The white paper, “Profiles in Innovation,” is the second published by ILSE to examine the state of innovation in New Jersey. “Profiles in Innovation” showcases advances in healthcare being discovered and developed in New Jersey. Those advances highlighted are focused on therapeutics, diagnostics, devices, research tools and other technologies.

Tom Richardson, president of ILSE, told BioSpace that it’s a shame that New Jersey is often overlooked as a life sciences hub, particularly when a quick glance at the state’s ecosystem reveals the extensive presence of pharma, biotech and other assets of the industry. Citing a recent report from the state’s Department of Labor and Workforce Development, Richardson noted the importance of life sciences to New Jersey as an economic driver. The report shows that the industry directly employs more than 112,000 people in the state.

With companies like Merck and Celgene making New Jersey home, big pharma plays a key role within the state. However, Richardson pointed to a plethora of start-up companies, as well as downstream manufacturing, clinical, regulatory entities. The state is also home to a number of leading research universities and is also in close proximity to the financial markets of New York City.

“New Jersey has the largest life science infrastructure in the globe. It’s a huge, huge area for life sciences,” Richardson told BioSpace in an exclusive interview.

Richardson said ILSE put together the “Profiles in Innovation” paper after the state’s new governor began to push the state’s innovation economy as a significant growth driver. With the paper in hand, and delivered to key industry folks at BIO, ILSE wants to create a shared understanding of what the assets are in New Jersey, including innovation centers found at universities like Kean and Princeton.

Those innovation centers are key to growth in the area and Richardson also noted that there is a large base of early-stage companies in the state that are “doing a lot of work to plant the seeds for tomorrow.”

Keith Bostian, ILSE’s co-founder and interim chief executive officer, said he thought it was important for the report to “shine a light” on the startup activities in the state, as well as the strong entrepreneurial ecosystem in place that can support continued growth. ILSE’s first white paper, “Trends in Life Science Incubator Space,” released in 2018, documented a substantial increase in New Jersey’s life science incubator capacity as well as commitment by investors that contributed to economic growth in the state. Early-stage innovation is at the heart of ILSE’s work. Richardson noted that the non-profit organization has helped several companies in the industry get started. Of those companies, he said ILSE has helped them raise more than $10 million from publicly-available grants, which have helped lead to the creation of at least 35 Ph.D. level positions. While ILSE has seen a lot of activity in the space, Richardson said it’s impressive to see how robust the industry is when a statewide look is taken.

"There’s always a challenge to put New Jersey into a centralized concept when you consider how spread out everything is,” Bostian said. In addition to the early-stage companies in New Jersey, Richardson said the report also spotlighted the “huge infrastructure” in the state for clinical development. There’s a large presence of both contract research organizations as well as contract manufacturing organizations. He said the report shows that approximately half of the drugs approved annually by the U.S. Food and Drug Administration have ties to New Jersey. “There’s also a high level of talent in the state,” Bostian said. He noted that within a 10-mile radius of Kean University, located in Hillside, there is a significant concentration of people with advanced degrees. “There’s just so much talent here in the life sciences.”

Richardson and Bostian said they hope the “Profiles in Innovation” paper helps to change the dialogue about New Jersey and highlights the breadth of the life science industry there.

“Until you put it down on paper, people just don’t know,” Richardson said.