Could CRISPR Be the Key for Rapidly Aging Children? 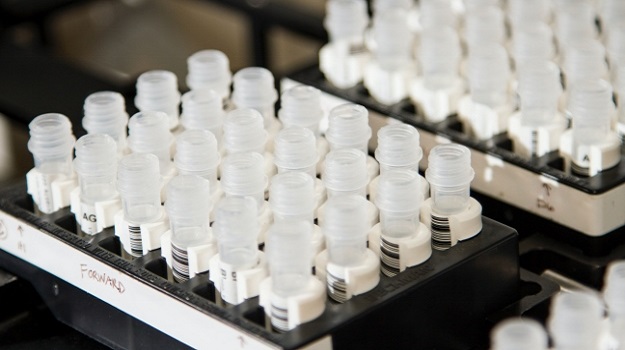 National Institutes of Health (NIH) Director Francis Collins and David Liu of the Broad Institute have teamed up to conduct a study utilizing CRISPR, the genome-editing system, to see what they could do in terms of altering the aging process in mice. Now, the results of their study have been published in the journal Nature, and the results are attracting attention.

Collins had previously been impressed by Liu when he mentioned that a progeria mutation had been identified back in 2003. Progeria is a fatal genetic disease that is marked by accelerated aging. There are approximately 200 children worldwide who have the condition. The cause of the disease is a single T-A base pair in the DNA where C-G should be, resulting in a mutant protein called progerin, which is poisonous to cells.

Together, the two researchers decided to look into how CRISPR could be utilized in mice to alter the aging process. There was a total of 62 mice involved in the experimentation. To start, a T-to-C base editor was introduced into cells donated by children with progeria, using a lentivirus to carry the genome editor. Approximately 90% of the cells had their DNA corrected, but Liu wanted to test the system on mice.

Soon, dozens, of the 3- and 14-day-old progeria mice were being injected with the base editor via an adeno-associated virus. After about six weeks, 10% to 60% of cells in different organs had been successfully edited in the mice. These mice also looked better and had enhanced mobility, in addition to living an average of 510 days compared to just 215 days for untreated mice. Fourteen days in mice is comparable with five to six years in a child.

The researchers acknowledge that more work needs to be done, and Liu admits that he is still making improvements to the base editor. However, this research could eventually help provide the framework for a clinical trial.

One drug that has delivered promise as of late for children with progeria is lonafarnib from Eiger BioPharmaceuticals, Inc. In November 2020, the company announced that the U.S. Food and Drug Administration (FDA) had approved the drug, marketed under the name Zokinvy, for the treatment of Hutchinson-Gilford Progeria Syndrome (HGPS or Progeria) and processing-deficient Progeroid Laminopathies (PL).

In patients with the disease, Zokinvy was shown to reduce the incidence of mortality by approximately 60% and increase average survival time by 2.5 years. The most commonly reported side effects were gastrointestinal in nature and were mild or moderate.

The increase in survival was observed in two open-label clinical trials conducted at Boston Children’s Hospital. With this latest approval, the FDA issued a Rare Pediatric Disease Priority Review Voucher (PRV) to Eiger to encourage further development of drugs and biologics for the treatment or prevention of rare pediatric diseases.

"The FDA approval of Zokinvy is the result of a pioneering partnership between Eiger BioPharmaceuticals and PRF to bring the first approved therapy to children, young adults and families living with this devastating disease," said David Cory, President and CEO of Eiger, at the time of the announcement.  "We are very proud that the first drug approval at Eiger confers a survival benefit to patients with one of the most ultra-rare, and ultimately fatal, pediatric diseases.  We are extremely grateful to all the children, young adults and their families who have made this possible through participation in the Zokinvy clinical trials."