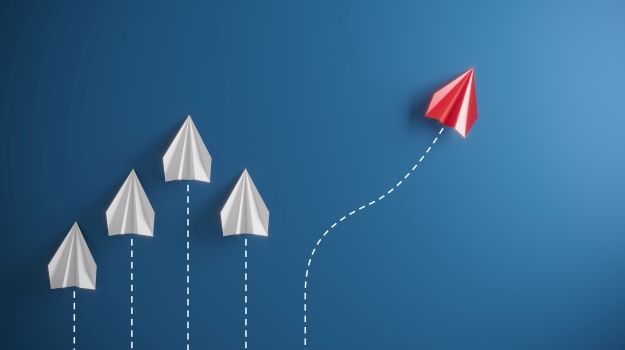 As 2021 moves closer to its end, biopharma and life sciences companies from across the globe continue to strengthen their leadership teams and boards with these Movers & Shakers.

NicOx SA – France-based Nicox SA, an ophthalmology company, tapped Doug Hubatsch to lead the company’s non-clinical and clinical development activities. As Chief Scientific Officer, Doug Hubatsch will be responsible for setting the research and development strategy of the company. He will be based in Nicox’s US subsidiary Nicox Ophthalmics Inc., in North Carolina. Hubatsch joins Nicox from Novartis Pharmaceuticals, where he was Global Medical Head for Ocular Surface Disease and Digital Medicines within Global Medical Affairs. He has more than 25 years’ experience in Discovery Research, Development and Medical Affairs in Novartis, Alcon, Roche and AstraZeneca and has been involved with the launch of more than 10 products through his career.

DURECT Corporation – Biopharmaceutical industry veteran Peter Garcia was appointed to the board of directors at DURECT Corporation. García has worked as a chief financial officer in the life sciences industry for over 25 years and raised over $2 billion in capital during that period. He is currently the CFO of ALX Oncology Holdings Inc. Prior to ALX Oncology, he served as Vice President and CFO from 2013 until 2019 at PDL BioPharma, Inc. García served as CFO at BioTime, Inc. and previously served as CFO of Marina Biotech, Nanosys, Nuvelo, Novacept, IntraBiotics Pharmaceuticals and Dendreon. Garcia began his life science career at Amgen where he served in a number of financial roles of increasing responsibility.

Remix Therapeutics -- Zaven Kaprielian was named CSO of Remix Therapeutics. Kaprielian joins Remix with more than thirty years of industry and academic experience including corporate leadership and research and development. Prior to Remix, Kaprielian was chief operating officer, project CSO of Dementia Discovery Fund, and a Venture Partner with the DDF. Before that, he was Director of Neuroscience Research at Amgen. Kaprielian previously held numerous academic appointments in neuroscience at Albert Einstein College of Medicine.

Surface Oncology – Also based in Massachusetts, Surface Oncology appointed Denice Torres to the position of chair of the board of directors and Ben Hickey was named a board director. Torres has been a member of the Surface board of directors since July 2021. She is currently chief executive officer of , a change management firm in the healthcare industry, and founder of , a non-profit, volunteer-based platform. Previously, she held several executive leadership positions at Johnson & Johnson, including president of , president of , CNS and chief strategy and transformation officer for the Medical Device division. Before joining Johnson & Johnson, she spent 14 years at Eli Lilly where she led a number of  and global businesses. Torres is currently a director of bluebird bio, Karuna Therapeutics, Glaukos Corporation and Resilience. Hickey is currently chief commercial officer at Mirati Therapeutics. Prior to Mirati,  was senior vice president and chief commercial officer at Halozyme Therapeutics. He spent 17 years in roles of increasing responsibility at Bristol Myers Squibb, including vice president of marketing, immuno-oncology. In addition to the board appointments, the company also announced internal promotions of key senior executives, naming  chief people officer and  senior vice president, development operations. McGrath, who joined Surface in 2017, previously served as senior vice president, human resources. Prior to Surface, she ran her own customized human resources practice specializing in biotech, pharmaceuticals, medical device and molecular diagnostics. In addition, Lisa has held senior human resources leadership positions at , Intelligent Medical Devices, Predictive BioSciences and . Devens has been with the company since 2016. Prior to joining Surface, Devens served as senior director of clinical operations at Infinity Pharmaceuticals for more than seven years. Prior to that, she held roles in clinical operations at ,  and OmniSonics Medical Technologies.

Cue Health, Inc. -- Nitin Duggal was named chief marketing officer of San Diego-based Cue Health. Nitin joins Cue from Abbott Diabetes Care, where he spent 10 years in a number of leadership positions. Most recently, he served as Senior Commercial Director in Abbott’s Biowearables group. Prior to Abbott, Nitin was a consultant at McKinsey & Co and focused on the healthcare industry.

Rigel Pharmaceuticals – Kamil Ali-Jackson was appointed to the company's Board of Directors. Ali-Jackson co-founded and served as chief legal officer, chief compliance officer, and general counsel for several private biopharmaceutical or specialty pharmaceutical companies, including Ceptaris Therapeutics, Inc. and Ception Therapeutics, Inc.  She is currently a member of the board of directors, audit and compensation committees, and is the chair of the nominating and corporate governance committee of PDS Biotechnology Corporation.