Biopharma Money on the Move: October 21-27 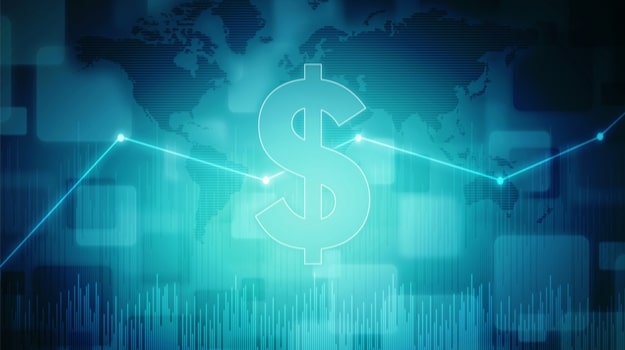 Find out which biopharma companies are raking in the cash this week, as companies from around the globe provide updates on their financing rounds and IPOs.

Foghorn boomed onto the NASDAQ with a $120 million IPO, surpassing its original expectations by $20 million. The Massachusetts-based biotech is investing in their proprietary “Gene Traffic Control” system, which tells the cells when to express which genes where and in what order within the chromatin regulatory system. The company currently has over 10 programs in its pipeline. Foghorn is anticipating filing an IND later this year for its lead candidate to begin a Phase I trial for the treatment of uveal melanoma, a cancer of the eye.

Scorpion Therapeutics aims to “put the sting in cancer” with a $108 million launch to pursue what they call precision oncology 2.0. The company plans to tackle the existing challenges of precision medicine with a three-prong approach – developing better medicines for known cancer-driving mutations, developing drugs for targets previously thought to be undruggable, and finding new, untapped targets that could lead to even better drugs. Scorpion is focused on advancing several pipeline programs toward the clinic, while working on identifying new targets. “We envision this being a robust pipeline—it’s not about one or two programs,” said Lina Gugucheva, Scorpion's chief business officer. “Once we’re in the clinic, we will continue to add multiple programs into the clinic with no rate abatement, or speed abatement, in the next five- to 10-year horizon.”

Former Sarepta Therapeutics executive Bo Cumbo left to launch his new gene therapy company, AavantiBio, with a $107 million Series A. AavantiBio’s strategic partnership with University of Florida’s Powell Gene Therapy Center provide their foundational research in rare genetic disorders. The company's lead program is aimed at Friedrich’s Ataxia, a rare inherited genetic disease that causes cardiac and central nervous system dysfunction. “AavantiBio has a unique opportunity to change the lives of those living with FA and other rare diseases,” Cumbo said. “Central to our mission is building on the advancements in gene transfer therapies and harnessing these revolutionary technologies to realize their potential as life-altering medicines.”

An oversubscribed Series D will help biopharma company Sirnaomics' continued development of novel RNAi therapeutics to treat a range of disorders including cancers, fibrosis, metabolic diseases and viral infections. The $105 million round was co-led by existing investor Rotating Boulder Fund, and new investors Walvax Biotechnology and Sunshine Riverhead Capital. Sirnaomics is the only biopharma conducting R&D and clinical development in the field of RNAi therapeutics in both the U.S. and China. In April they saw positive results for their Phase IIa test of candidate STP705 in squamous cell carcinoma. They are preparing for an IPO “in the near future.”

Be Bio is a leader in developing B cells as medicines. B cells are prolific protein producers that can be collected from peripheral blood, have a programmable lifetime that could last decades, can target specific tissues, and have customizable functionality. Be Bio plans to use their $52 million Series A to precisely engineer B cells to treat a range of diseases. “Our mission is to develop what we see as a new class of cell medicines that have a broad new pharmacology,” Aleks Radovic-Moreno, Ph.D., said of B cells’ potential. “We think it's a big new white space that's enabled by the rich biology of these cells.”

An expanded Series A will support Orbus’ ongoing STELLAR study, a Phase III clinical trial studying eflornithine in patients with anaplastic astrocytoma, a type of brain tumor, whose cancer has recurred following radiation and adjuvant chemotherapy. The $71 million funding includes an initial financing of $32.5 million in 2015. In the U.S., more than 3,600 new cases of anaplastic glioma are diagnosed each year with a median survival of just over three years despite treatment. The STELLAR study’s primary endpoint is duration of overall survival in the 340 patients they plan to enroll.

Primmune aims to advance the development of their novel orally-administered, small molecule toll-like receptor 7 agonists as therapeutic-adjuvants for acute viral diseases and cancer. The company's $27.4 million Series A gives it the capital to take their PRTX007 candidate into a short-term pharmacokinetic, pharmacodynamic and tolerability study, followed by a clinical proof-of-concept in an acute viral disease setting. Primmune's early data shows the potential for PRTX007 to drive the natural innate immune response to combat systemic diseases.

Privately-held Prokarium closed a $21 million Series B led by Korea Investment Partners with participation from the UK government’s Future Fund, Flerie Invest and Riyadh Valley Company. The funds will be utilized to support the clinical development of Prokarium’s microbial immunotherapy for non-muscle invasive bladder cancer as well as expansion of its pipeline across multiple solid tumors. The bladder cancer therapy is expected to be in the clinic by 2022. Prokarium added Hyam Levitsky, MD, to its Board of Directors and strengthened the executive team with the following promotions: Kristen Albright, PharmD to COO, Livija Deban, Ph.D., to VP of Research and Peter McGowan, FCCA, as CFO.