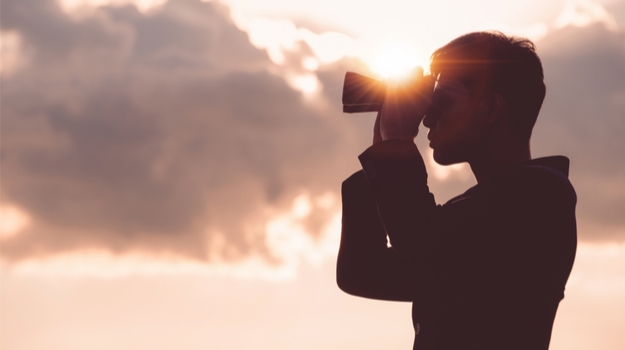 There are plenty of hot new startups every year; biotech and life science companies that have a combination of great ideas, interesting tech and financial backing. BioSpace itself pulls together a list every year of its NextGen BIO “Class of…” companies to watch, and many of those companies go on to become the industry’s biggest movers and shakers.

Another group worth looking at is being presented by the California Life Sciences Institute (CLSI) and its Emerging Life Science Companies of the World. While BioSpace’s NextGen BIO focuses on U.S. companies, with some forays into North American companies, CLSI’s companies are international and Bay Area and participated in CLSI’s team-based FAST advisory programs.

Here’s a look at the 12 companies being presented by CLSI on Tuesday, June 11 at UCSF’s Genentech Hall in Mission Bay, San Francisco.

Tezted. Headquartered in Jyvaskyla, Finland, the company’s TICKPLEX product line came out of the research of Leona Gilbert’s laboratory at the University of Jyvaskyla. TICKPLEX is a complete diagnostic assay used to diagnose patients with multiple tick-borne associated microbes for multiple disease stages.

Serenity Bioworks. Based in Kitchner, Ontario (Canada) and San Francisco, Serenity has a CargoTek platform that is designed to improve gene therapies by inducing a state of tolerance and dampening adverse pro-inflammatory reactions. It has the potential to allow for multiple dosing regimens for immunotherapies while also improving the efficacy of the initial dose.

MediTuner. Located in Sweden, MediTuner is a digital healthcare company focused on asthma. It was founded in 2014 within the Swedish healthcare system in collaboration with Karolinska Innovations AB with funding from Bio-X, Flemingsberg Science and Vinnova. It also has received support from the Stockholm County Council Innovation and the European Institute of Innovation and Technology Health. The company’s AsthmaTuner is a clinically validated mobile app to manage asthma. It utilizes a wireless spirometer and the mobile app to test asthma status and get objective feedback on potential medications.

Metis Biosciences. Based in Santa Cruz, California, Metis is an early-stage biopharma company focused on developing new therapeutics for drug-resistant bacteria. Its novel target of the company’s proprietary small molecule antibiotics is Polyphosphate Kinase (PPK), which is linked to virulence, pathogenicity, and antibiotic resistance.

Trellis Biosciences. Headquartered in Redwood City, Calif., its proprietary CellSpot technology platform derives rare, naturally optimized antibodies from healthy donor blood against both infectious disease and cancer. The company has five human monoclonal antibody therapeutics in its pipeline against bacterial, viral and cancer indications. All candidates are in preclinical development but are expected to enter the clinic this year.

Gedea Biotech. Gedea was founded by a multidisciplinary team from Lund University in Sweden. The company’s product, pHyph, is for the treatment of vaginal infections. The first two clinical trials are ongoing in vaginal fungal infection and bacterial vaginosis. The company is expecting to be able to have a commercial launch by the end of 2019.

PreCure. Located in Allinge, Denmark, PreCure was founded in 2012. The company is developing smart wearable Internet of Things (IoT) devices that analyze muscular activity and provide biofeedback using machine learning. The intention is to decrease the impact and frequency of work-related musculoskeletal disorders. The initial device is a sleeve worn around the elbow and connects wirelessly to a program that monitors for activity that can aggravate tennis elbow (tendinitis).

Fauna Bio. Based in Berkley, Calif., Fauna Bio focuses on the science of hibernation to improve healthcare for humans. In April, the company raised $4.1 million in seed funding led by True Ventures with strong participation by Longevity Fund, Pacific 8 Ventures, Boom Capital and Beagle Ventures. The first version of its drug-discovery platform focuses on hibernating mammals, which may have implications for Alzheimer’s disease, heart disease, osteoporosis, obesity/diabetes and traumatic injury.

Gesynta Pharma. Based in Solna, Sweden, based on research from the Karolinska Institutet, the company leverages its expertise in arachidonic acid research to explore the use of mPGES-1 inhibition in cardiovascular diseases and cancer. The first clinical candidate, GS-248, is an oral small molecule under development for microvascular disease in chronic inflammatory conditions. In March 2019, the company signed an asset purchase deal with Acturum Real Estate AB to acquire a late-stage drug discovery project, including several molecules originating from AstraZeneca. The compounds target mGPES-1, which is involved in the inflammatory process of CV diseases and cancer.

Unnatural Products. Located in Santa Cruz, Calif., Unnatural Products says it is “unlocking the potential of macrocycle drug discovery through data science and massively parallel synthesis.” Not much information is available about the company. Macrocyclic compounds are molecular structures that contain one or more rings of at least 12 atoms. This gives them unique characteristics that combine the benefits of large biomolecules, such as high potency and selectivity, with those of small molecules, including affordable manufacturing, favorable pharmacokinetic properties, and oral availability.

Oppilotech. Headquartered in London, UK, Oppilotech is developing an in-silico model of bacterial envelope biogenesis, which is used to discover and develop an internal pipeline of new antibacterial drugs. In other words, the company is developed a computer model of bacteria that is used to study antibiotics. In April 2018 the company was chosen for funding by Innovate UK.