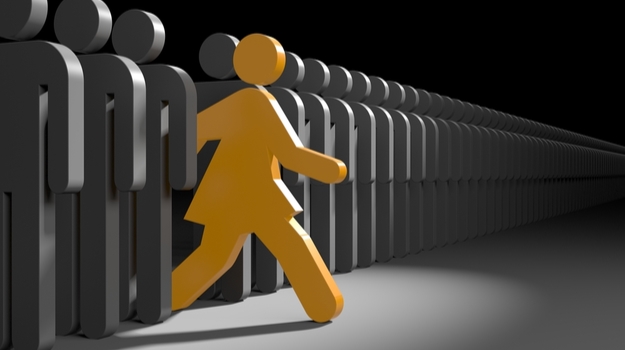 It’s no secret that the biotech industry is overarchingly male. A study from Liftstream zoned in on companies in the field as they made their way from private to publicly listed, finding that just a shockingly low 10.9% of board directors are female.

Balancing slim chances with a drive for success, each of these women beat the biotech odds.

Pelletier's Evofem, taglined “Science with a Soul”, puts women in charge of their own sexual and reproductive health. The company is responsible for Amphora, a Multipurpose Vaginal pH Regulator (MVP-R) that prevents pregnancy and STDs. In June of this year, the company raised $80 million to get Amphora onto the market by the second quarter of 2020.

Pelletier isn't just a spectator in the field of women's health. In July of 2018, during the core of Amphora's Phase III clinical trial, she was diagnosed with Stage III breast cancer. Without a single leave of absence, the tenacious CEO underwent aggressive cancer treatment, coming out cancer-free on the other side.

"On today’s [Day of the Girl], I want all girls to feel empowered to have a plan, ambition and determination, and just like that little girl in this picture she too can achieve her goals. Inspire a girl today and she will be a CEO tomorrow,” she tweeted just a few days ago. The mentioned photo depicted Pelletier herself as a girl, with an original quote declaring, "be your own backup plan. Make your own money, keep your own money, and no matter how small, always have a nest egg that you can fall back on."

With a lifelong passion for science, engineering, medicine and space, Van De Keere became a biomedical engineer, working for UNESCO, the World Health Organization and different UN bodies. Tragically, in 2010, Van De Keere suffered an accident that led to her losing her mobility, requiring a long neurorehabilitation period. She combined virtual reality and medicine to found Immersive Rehab, which utilizes immersive artificial intelligence to aid physical and neuro-rehabilitation.

The program works to reconnect the brain with patients' motor skills, immersing them in scenarios where they can move physical objects. The sequence may seem simple, but stroke patients have extreme difficulty moving objects in the real world. Van De Keere's innovation helped a paralympic athlete, suffering from a paralyzing spinal tumor in his neck, walk again three times over.

"VR has an incredible potential in helping people to get better . . . We can make it really fun and engaging. We can offer people a lot of different interactions with objects, wherein the physical world they can not do it now," she explained in her TEDxUCL Women talk earlier this year.

Hamilton found her inspiration to start Magnusmode in her brother Troy, a young man with autism. As people with autism struggle with such activities as brushing their teeth or getting dressed in the morning, Hamilton physically drew out instructions for her brother, posting them on the walls of their apartment. She used similar inspiration in creating the app, explaining that she "created Magnusmode to bridge the gap from the couch to the community, from dependency to independence."

The company creates MagnusCards, an app that assists people with autism, Down syndrome and other cognitive special needs. The app has categories such as Food, Fun, Money, Care and Travel that allow individuals with such special needs to gain more independence. "A fun character named Magnus also guides the individual through and provides them with that reinforcement and that step by step support," orates Hamilton in a video on the Magnusmode website.

Hamilton has received numerous awards for her contribution, including SheEO's 2016 Radical Generosity Initiative, Startup Canada's National and Regional Woman Entrepreneur of the Year award, the 2018 Harry Jerome Young Entrepreneur Award. Magnusmode was also a co-recipient of the Change Maker Award, presented by Quality Services for the Autism Community.