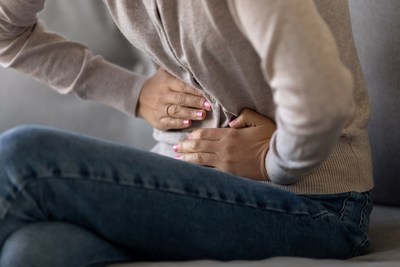 Functional dyspepsia (FD) is a common disorder characterized by a cluster of symptoms largely affecting the upper digestive system. The symptoms include epigastric pain, burning, and an uncomfortable sense of fullness. FD affects close to 20% of the global population, with no clear-cut conventional treatment. Lifestyle-related factors are believed to contribute to the onset of functional dyspepsia, including cigarette smoking, alcohol, stress, certain medications, infections such as from Heliobacter pylori, and obesity (particularly centrally distributed). Dysfunction in the gut-associated nervous system is believed to impair gastric motor function.

The randomized, double-blind, placebo-controlled clinical study, led by Sanjib Kumar Panda, PhD, was published in the Journal of Dietary Supplements. The research was conducted at the Maharaja Agrasen Hospital, New Delhi, India, and included 57 participants suffering from FD. They were allocated either 200mg of Ginfort, twice daily, or to the equivalent dose in a dibasic calcium-inactive placebo. Overall treatment efficacy was rated on a seven-point Likert scale where subjects were asked to complete a weekly questionnaire over the course of the 4-week trial. Nine functional dyspepsia related symptoms were assessed including upper abdominal pain, upper abdominal discomfort, postprandial fullness, upper abdominal bloating, early satiety, excessive belching, nausea, vomiting, and heartburn.

At 2 weeks into the trial, 41% of subjects in the Ginfort group reported a statistically significant positive response which was maintained throughout the trial period. Ginfort supplementation was found to be effective in 79% of the subjects, whereas the placebo was only found to be 21% effective. Moreover, responder rate in the Ginfort treated group was 58% higher than placebo group at Visit 4.

In an assessment at Week 4 of secondary efficacy endpoints, the collective elimination score for three major symptoms — postprandial fullness, upper abdominal bloating, and early satiation — was 64% for Ginfort subjects, whereas only 13% of the placebo group rated their symptoms as eliminated. Most of the nine individual symptoms also showed statistically significant rates of elimination over the placebo group. Examination of blood labs and of vital signs determined Ginfort to be an effective and safe option for the treatment of FD.

"Ginger has been revered as a food and medicinal since time immemorial," explains Dr. Shavon Jackson-Michel, Director of Medical & Scientific Affairs at DolCas Biotech, LLC. "The rhizome's use in support of digestive health has been promising and anecdotally rewarding yet has evaded rigorous scientific evaluation in terms of producing consistently, positive results."

A 2019 Review article on the role of ginger in gastrointestinal disorders provided recommendations for improving the evidence profile for ginger ingredients, establishing effective dose recommendations and optimizing ginger preparations to ensure stability and bioavailability of known ginger actives, specifically the volatile oils gingerols and shagaols.

The novel formulation of Ginfort, produced by Olene Life Sciences, Ltd. Pvt., earned recognition from the Indian Ministry of Science and Technology as a clinically researched digestive health ingredient. It was granted the "Best Micro, Small, Medium Enterprises (MSME) 2021 Award" for its unique and superior extraction technology as compared to other conventional technologies currently available for producing powdered ginger extract. It was also praised for its advanced application to one of the country's natively grown and notable medicinal agricultural crops.