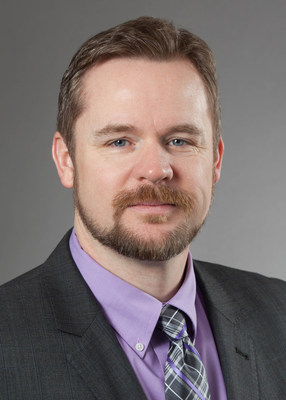 DeRyke takes lead of a company with deep expertise in the cardiac arena, well positioned for the future.

"We have a strong foundation of talent, technologies, and systems to build on as we deliver long-term value to our customers and their patients," said DeRyke.

Terumo CV Group is building momentum that will create a positive impact for healthcare providers and the critically ill patients they serve.  Having recently cleared the shipping restrictions imposed as a condition of its 2011 consent decree, the company is preparing to return its flagship Terumo® Advanced Perfusion System 1 heart-lung machine to market in June 2017. As a market leader in oxygenators and cardiac monitoring technologies, Terumo CV Group will introduce its newest CAPIOX® oxygenator and CDI® inline blood gas monitoring system later this year, reinforcing the company's commitment to the global cardiac community.

DeRyke joined Terumo in 2012 as Vice President of Corporate Quality for Terumo CVS. He has over 25 years' experience in medical devices and pharmaceuticals, and has held executive leadership positions for Baxter Healthcare, Hospira, and Thermo-Fisher Scientific. He holds a Master of Business Administration from Michigan State University and a Bachelor of Science in Chemistry from Western Michigan University.

Terumo Cardiovascular Group manufactures and markets medical devices for cardiac and vascular surgery with an emphasis on cardiopulmonary bypass, intra-operative monitoring and vascular grafting. The company is headquartered in Ann Arbor, Michigan, with manufacturing operations in the U.S., Europe and Asia. It is one of several subsidiaries of Terumo Corporation of Japan that is focused exclusively on cardiac and vascular specialties. For more information, visit www.terumo-cvgroup.com.

Tokyo-based Terumo Corporation is one of the world's leading medical device manufacturers with over $5 billion in sales and operations in more than 160 nations. Founded in 1921, the company develops, manufactures and distributes world-class medical devices including products for use in cardiothoracic surgery, interventional procedures and transfusion medicine; the company also manufactures a broad array of syringe and hypodermic needle products for hospital and physician office use. Terumo contributes to society by providing valued products and services to the health care market and by responding to the needs of health care providers and the people they serve. Terumo Corporation's shares are listed on the first section of the Tokyo Stock Exchange (No. 4543, Reuters symbol <4543.T>, or Bloomberg 4543: JP) and is a component of the Nikkei 225, Japan's leading stock index.

To view the original version on PR Newswire, visit:http://www.prnewswire.com/news-releases/terumo-cardiovascular-group-announces-new-president-and-ceo-robert-deryke-300436270.html