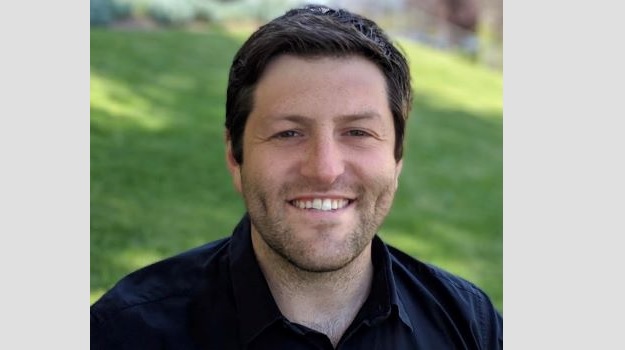 The myth of a fountain of youth has inspired explorers for centuries, but modern scientists have come closer than any to understanding the secret of long, healthy lives. As it turns out, that secret is genetic.

Today, “we think about aging as a dysregulation of genes and proteins that lead to age-related diseases, such as heart disease, obesity, diabetes, etc. When we talk about reversing aging – or, more accurately, the disease states associated with aging – we’re talking about reregulating genes back to the healthy state people had when they were younger,” Noah Davidsohn, Ph.D., co-founder and CSO of Rejuvenate Bio, told BioSpace.

Unlike most companies addressing the diseases associated with aging, Rejuvenate Bio tackles multiple cardiac, metabolic and renal issues at once. “Based on the data we’ve seen from mice and dogs, we can reverse obesity, diabetes and heart disease,” Davidsohn said.

Rejuvenate Bio has two therapies in its pipeline, RJB -01 and RJB-02, targeting the cardiac, metabolic and renal space. Both are delivered via adeno-associated viruses (AAV).

Co-founder and CEO Daniel Oliver said he expects RJB-01 to enter the clinic for humans in 2023, and also to be commercialized for animals that same year. RJB-01 targets overexpression of FGF21 and downregulation of TGFß1 via expression of sTGFßR2. Rejuvenate is developing it for heart failure. Research conducted by other companies shows that targeting these genes is also effective and safe for weight loss, diabetes and tumor inhibition.

The second therapy, RJB-02, is designed to treat osteoarthritis. It targets two genes – downregulation of TGFß1 via expression of sTGFßR2, and overexpression of αKlotho. The latter is associated with improving cognitive performance as well as protecting the heart and kidneys, and increasing insulin sensitivity.

Davidsohn and Oliver proved the concept behind this gene therapy approach with colleagues at Harvard Medical School in 2019. A PNAS paper from the time detailed the results of modulating three genes associated with longevity –  fibroblast growth factor 21 (FGF21), αKlotho, and a soluble form of mouse transforming growth factor-β receptor 2 (sTGFβR2) – delivered via adeno-associated viruses. Notably, the researchers combined two therapies into one to treat four age-related conditions.

The results in mice showed “a 58% increase in heart function in ascending aortic construction ensuing heart failure, a 38% reduction in α-smooth muscle actin (αSMA) expression, and a 75% reduction in renal medullary atrophy in mice subjected to unilateral ureteral obstruction, as well as a complete reversal of obesity and diabetes phenotypes in mice fed a constant high-fat diet,” the paper noted.

“What’s particularly exciting is that in mice, we showed we could halt progression of heart disease in its tracks despite the surgical tightening of the aorta,” Davidsohn said. Similar results were seen in dogs, too.

Building on that early work, Rejuvenate Bio, which spun out of George Church’s lab at Harvard Medical School, has a study underway to treat mitral valve disease in dogs. “After one and a half years, we’ve seen no safety problems,” Oliver said, and “preliminary data suggests this therapy has the ability to treat heart failure.”

Rejuvenate Bio has a dual animal/human business strategy that enables it to capitalize on the many animal studies that are required as part of the U.S. Food and Drug Administration review process.

“It’s compelling that the same treatment goes into animals and humans,” Oliver said. “As we generate data in any of the areas, we lower the risks. Hopefully, this will allow us to go into a number of indications quickly and easily.”

Since its inception in early 2018, Rejuvenate Bio has raised approximately $27 million in funding. Of that, $18.5 million is private and venture debt. Non-dilutive funding makes up the remainder. “That lets us get to market in 2023 for animal health, and start human clinical trials,” Oliver said.

Notably, its clinical work for canine and human trials is symbiotic. The targeted animal safety clinical trials that are needed before a product can be marketed for animal health also meet the requirements for the FDA’s large animal pre-Investigational New Drug (IND) toxicology experiment. Those canine studies also enable accelerated aging studies. By evaluating tens of thousands of dogs with mitral valve disease, the research team can see the progression, halt or reversal of disease and the effects on the dog’s quality of life in ways that are more robust than in an academic setting. Therefore, Oliver said, “animal health is a huge component of this, and a huge unmet need (for canine health).”

Then, the company needs to complete an additional pre-IND package for human trials. “We’ve connected with the regulators, so we have a well-defined path in terms of what’s needed to get to human trials and to get through animal health trials,” Oliver said. “Now it’s just a question of executing on what we know we need to do.”

Currently, Rejuvenate Bio is in the process of transferring manufacturing to a third party manufacturer and is working with leading animal health providers to ink a partnership.

At the same time, Oliver and Davidsohn are fine-tuning their human clinical development plan. “We want to push past single monogenetic disorders. We’re working with Kathy High, M.D., scientific advisory board member and former head of Spark Therapeutics, on clinical development paths to get to the clinic quickly, and to attack a disease with high unmet needs, but that also has potential for larger indications in the cardiac, metabolic or renal spaces,” Oliver said.

The goal, Oliver and Davidsohn stressed, is to lengthen individuals’ healthspans – the time they are healthy and vital. “That’s a key ideological difference, Davidsohn pointed out. “The point isn’t to live longer in a state of poor health. We want all a person’s years to have positive health. Therefore, increasing one’s healthspan is very important, and it’s possible through aging reversal.”