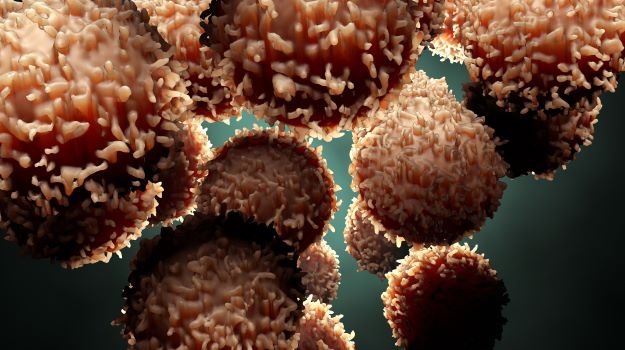 Baylor College of Medicine researchers suggest that the analysis of all protein data from aggressive human cancers could help identify novel treatment targets.

Findings from this study, published in Oncogene, suggest that this “proteomics” approach to cancer profiling could help researchers further understand the driving force behind certain cancers and discover new ways to control or eradicate them in some cases.

In the study, investigators identified proteomic signatures associated with clinical measures of aggressive disease among seven different types of cancer. Some of these signatures were shared across cancers.

According to findings from the computational analysis for the Clinical Proteomic Tumor Analysis Consortium (CPTAC) mass-spectrometry-based proteomics datasets used in this study, proteomic signatures associated with aggressive disease indicated that altered cellular pathways might be the driving force behind aggressive behavior and could be a novel target for treatment.

While some cancers shared some of the same signatures, each type of cancer also featured a distinct signature for its aggressive expression.

The researchers of the study also sought to provide proof-of-concept that the proteomics approach could hold utility in the identification of aggressive disease drivers, which could subsequently be be manipulated to control the growth of certain cancers.

"That's exactly what we were able to do with this new, very powerful dataset," said co-corresponding author Dr. Diana Monsivais, assistant professor of pathology and immunology at Baylor College of Medicine, in a statement. "We focused on the uterine cancer data for which the computational analysis identified alterations in a number of proteins that were associated with aggressive cancer. We selected protein kinases, enzymes that would represent stronger candidates for therapeutics."

During this phase of the study, the investigators used four kinases for functional studies in cell lines of uterine cancer. Not only were the kinases expressed in the cancer cell lines, but when researchers manipulated the expression of some kinases, it reduced the survival or migration for some of the cancer cells.

"Our experiments provided proof-of-concept that proteomics analysis is a useful strategy not only to better understand what drives cancer, but to identify new ways to control it or eliminate it," Monsivais said.

Researchers have historically only been working on generating transcriptomic data, or the messenger RNA (mRNA) that translates into protein.

“Looking at the protein data itself, which is made available by the CPTAC, enables researchers to extract a new layer of information from these cancers," said co-corresponding author Dr. Chad Creighton, professor of medicine and co-director of Cancer Bioinformatics at the Dan L Duncan Comprehensive Cancer Center at Baylor College of Medicine. "In this study, we compared mRNA and protein signatures and, although in many cases they overlapped, about half the proteins in the proteomic signatures were not included in the corresponding mRNA signature, suggesting the need to include both mRNA and protein data in cancer studies."

This research provides support for biopharmaceutical companies focused on proteomics to continue moving full steam ahead on their own research and development initiatives.

Proteomics company Nautilus Biotechnology, for instance, recently entered a merger with Arya Sciences Acquisition Corp III to further develop the company’s single-molecule protein analysis platform. Arya saw so much promise in Nautilus and its proteomics approach that it agreed to pay up to $350 million in proceeds through the merger.