Report: Prices for Branded Drugs Continue to Increase, but at Slower Pace 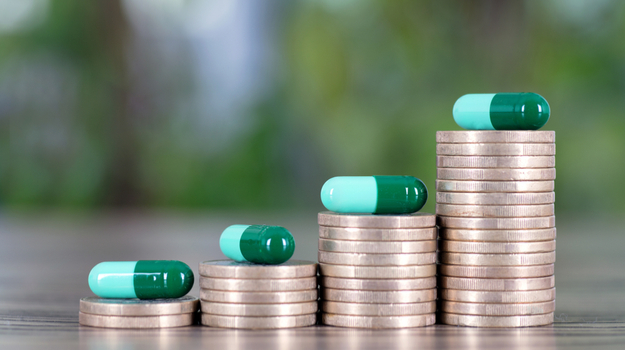 With the 2020 elections on the horizon, the price of prescription drugs has become a political hot topic as candidates from both sides of the political aisle call for various measures to lower costs for consumers.

Despite all the rhetoric and political saber-rattling, the price of branded drugs has still increased, although not as significantly. That is according to an Associated Press analysis of drug prices provided by health information firm Elsevier. According to the report, during the first half of this year, pharma companies raised the list price of branded drugs by an average of 5%. However, while the prices have gone up on average, they have not increased at the same rate as in previous years, the report noted. Over the past four years, the median increase has been 9 and 10%, the AP said. Also, the AP pointed out that the number of drugs that have seen price increases is significantly down this year in comparison to the stretch of the past four years. According to the analysis, through the first half of this year, there were price hikes on 4,483 different drugs, down 36% from past years. There were 37 price hikes for every decrease in the first half of 2019, the AP said.

Another noticeable change pointed out by the analysis is that mid-year increases have not been announced by big pharma companies such as Pfizer, Amgen, Novartis, AbbVie and others. Drug companies typically announce price increases for January and July. The AP said that the companies increasing their prices are now typically doing so at the beginning of the year in order to reap the financial benefits for the full 12 months.

Adrienne E. Faerber, a professor of health economics at the Dartmouth Institute for Health Policy and Clinical Practice, told the AP that price increases may have slowed some, but “we’re not getting to the point of actual decreases in the total cost of drugs.”

From June 2018 to June 2019, the monthly Consumer Price Index shows that the retail price paid by patients declined 2%, the AP said. However, that was due in large part to the massive number of generic drugs. The AP noted that 90% of prescriptions filled in the U.S. are for generics and those prices have been steadily falling.

“That trend obscured price increases for the 10% of prescriptions filled with the more expensive brand-name drugs,” the AP said in its report.

As the calendar pages turn ever closer toward the 2020 election, more and more candidates will continue to beat the drum about prescription drug pricing. Prior to being sworn in as president, Donald Trump infamously said the pharmaceutical industry was “getting away with murder” when it comes to the list prices for drugs. Over the past two years, Trump has used his Twitter feed to browbeat companies such as Pfizer over price increases. He has also called for the issuance of executive orders to rein in prices, particularly those drugs covered by government-funded medical plans. Trump announced plans to issue an executive order to create a “favored nations clause” which will instruct government agencies buying prescription drugs to only pay the lowest price paid for by foreign countries, tying prices to the international price index. Trump also championed legislation that would force pharma companies to disclose list prices in drug television ads. However, a judge ruled that the government’s mandate was not enforceable following a lawsuit filed by several pharma companies.