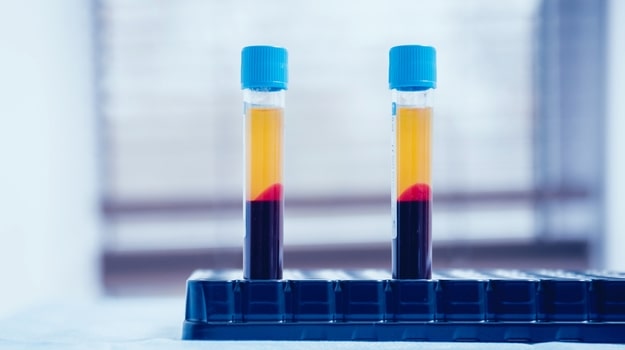 There two different types of antibodies being studied in COVID-19. The first, which has been getting quite a bit of attention, are monoclonal antibodies. These are used to treat cancer, rheumatoid arthritis and many other diseases. They are basically immune cells that have been found to activate against a specific type of cell, whether a cancer cell or a specific virus, such as SARS-CoV-2. A number of companies have ongoing clinical trials of monoclonal antibodies against the virus that causes COVID-19, with results expected in the upcoming weeks.

The other type is called convalescent antibodies, which are found in the blood plasma from people who recovered from COVID-19. The results from a three-month study in more than 35,000 patients were published yesterday on a preprint server, which means they have not yet been peer-reviewed. The study was conducted by the Mayo Clinic, Cooper University Health Care, Michigan State University and Johns Hopkins Bloomberg School of Public Health at sites across the country.

However, critics are struggling to fully analyze the data, because there was no placebo group to compare the data to. The Mayo Clinic stated that the U.S. Food and Drug Administration indicated the expanded access program will continue “while planning is under way to transition smoothly to Emergency Use Authorization of convalescent plasma.”

Peter Bach, director of Memorial Sloan Kettering’s Center for Health Policy and Outcomes, told STAT that the study “checks a few boxes,” but it’s impossible to determine the ultimate benefit of convalescent therapy based on the study. It does support the overall approach helping some patients, and there was also evidence that the quality of the plasma infusion had an effect on patient outcomes—specifically that infusions with the most antibodies performed better.

“If we had just done the randomized controlled trials, we would know the answers we are still guessing at,” Bach said, pointing out that the study authors were “appropriately cautious.”

Like so many things related to therapies for COVID-19, the study suggests that convalescent antibodies will not be a silver bullet, but might help.

Slightly more than half, 52%, of the patients were critically ill in intensive care units and 28% were on mechanical ventilators. Approximately 60% were male, with half the population white, 38% Hispanic, 19% Black and 4% Asian. More than a quarter of patients were classified as “other or unknown.”

Harlan Krumholz, director of the Center for Outcomes Research and Evaluation at Yale New Haven Hospital, told STAT, “It raises the question of what strength of evidence is necessary to treat during a pandemic. The problem is we have yet to resolve what is sufficient evidence to change the treatment paradigm.”

Mayo Clinic launched the study with the FDA this spring to collect plasma from recovered COVID-19 patients. More than 2,700 sites were registered and more than 56,000 COVID-19 patients have already received plasma infusions, according to the program’s website.

Although the results are difficult to interpret, many infectious disease experts view the results as promising. Clara Zamorano, a critical care physician at Abbott Northwestern Hospital in Minneapolis told the Minneapolis StarTribune, “It’s sort of like a little head start or a little boost in starting to beat the illness.”

That is echoed by Michael Schnaus, a hospitalist with Regions Hospital in Minneapolis, who said, “We have certainly noticed a big change. Patients that get these interventions up front … tend to get better and they tend to get discharged home quicker. They tend not to be progressing like they did in May when they escalated in their course very quickly and required intubation in our ICU.”

Schnaus expressed doubts, however, that any one therapy was providing benefit and that severe cases of COVID-19 require a “cocktail” of drugs.